A transformed former school entrance hall and staircase has been reopened, signifying a major milestone at one of Edinburgh’s most high-profile property developments. 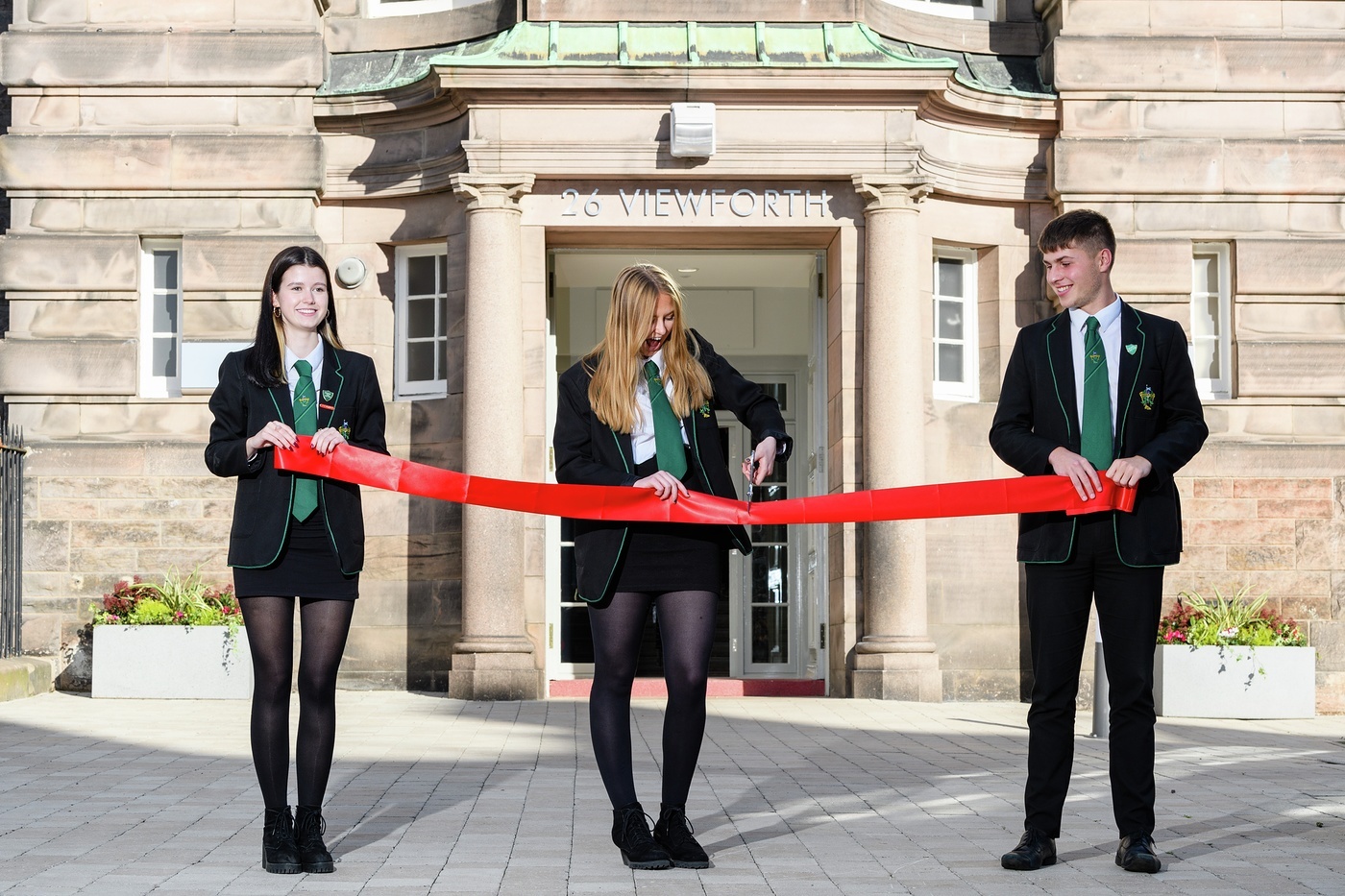 Senior pupils from Boroughmuir High School were on hand to cut the ribbon at the formal entrance to the grade-B Edinburgh landmark that once served as their place of learning – and has been sensitively restored by developer CALA Homes (East).

The opening marks a key moment in the award-winning redevelopment of one of the Scottish capital’s most revered former school buildings, designed by Alexander John Carfrae and built between 1911 and 1914.

It will serve as the official entrance for residents to access apartments, with the hallway adjoining the two internal open roof landscaped courtyards that also afford many homes with their own main door access. 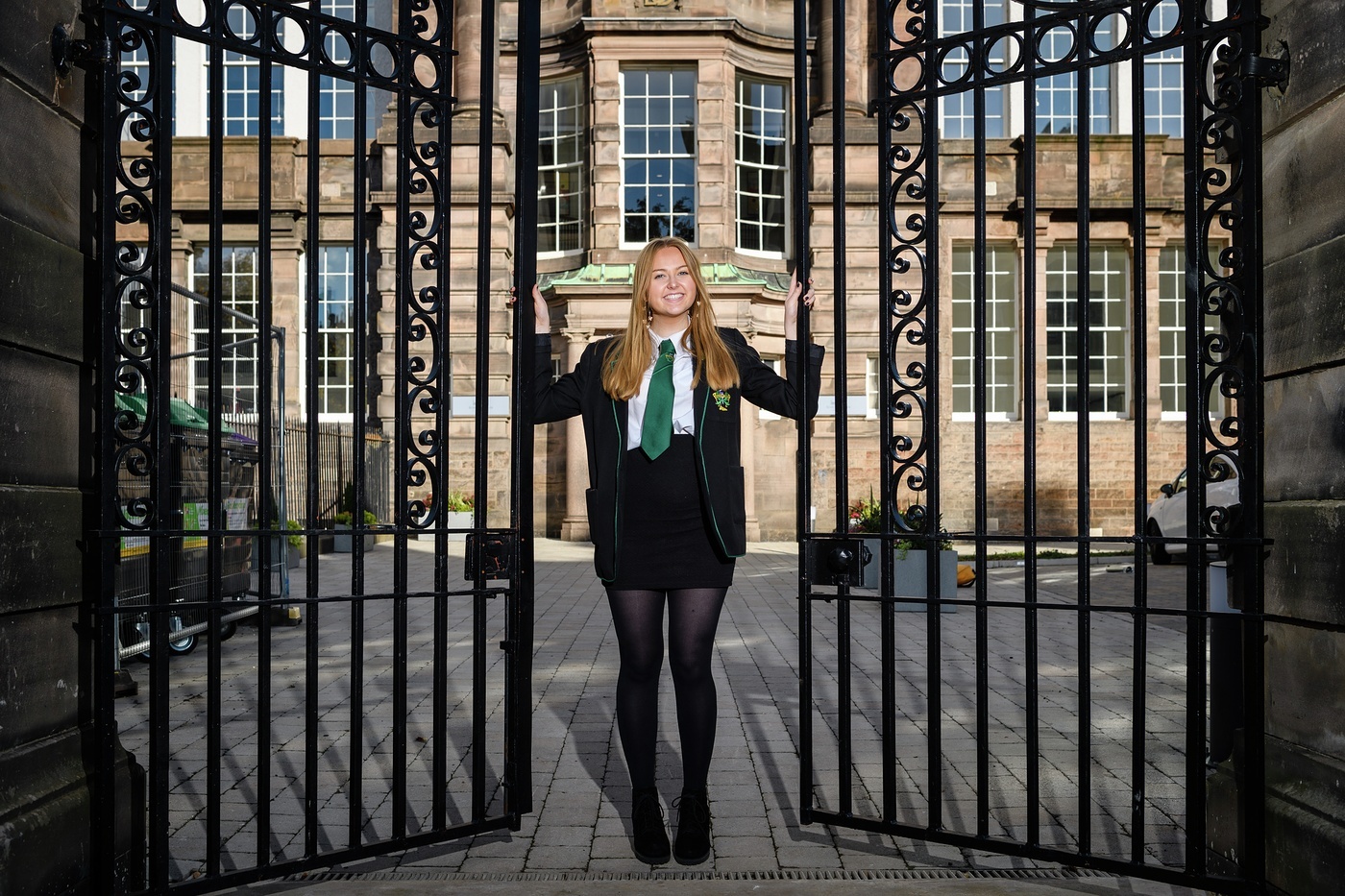 The ribbon-cutting was part of a celebratory event, attended by residents, CALA representatives, contractors and the pupils, who also had the chance to visit the development’s brand new courtyard-level view apartment.

Ruaridh McIntyre, school captain was joined by his two vice-captains, Marcia MacSween and Hannah Douglas-Walker as part of the ribbon cutting event.

Hannah, a fourth generation student at Boroughmuir, said: “It was great to be here as my family feel such an affinity with the building, having at least one attendee for the last four generations.

“Most recently, my mum was a pupil in the late 70s, my grandfather in the late 30s and my great grandad, George was apprenticed to the local blacksmith firm commissioned to build the main gate, which is still in place today.”

CALA has sought to keep a close relationship with the school, which is still based nearby at its new dedicated campus. Early into works its construction team retrieved the old school bell, installed in the 1930s, delivering it to the school as a gift. Its headteacher and senior pupils were also among the first visitors to see its show apartment after the on-site launch last year.

Craig Lynes, director for CALA Homes (East), commented: “It’s a privilege to have senior pupils down to Boroughmuir again. This building holds a special place in the hearts of thousands of families in the city and beyond - and that link with the school is of great significance to us. We were delighted to have the pupils officially open this key area for the residents and the building.

“This feels like a big moment as we near the completion of our restoration of Boroughmuir and its transformation into a special place to live.” 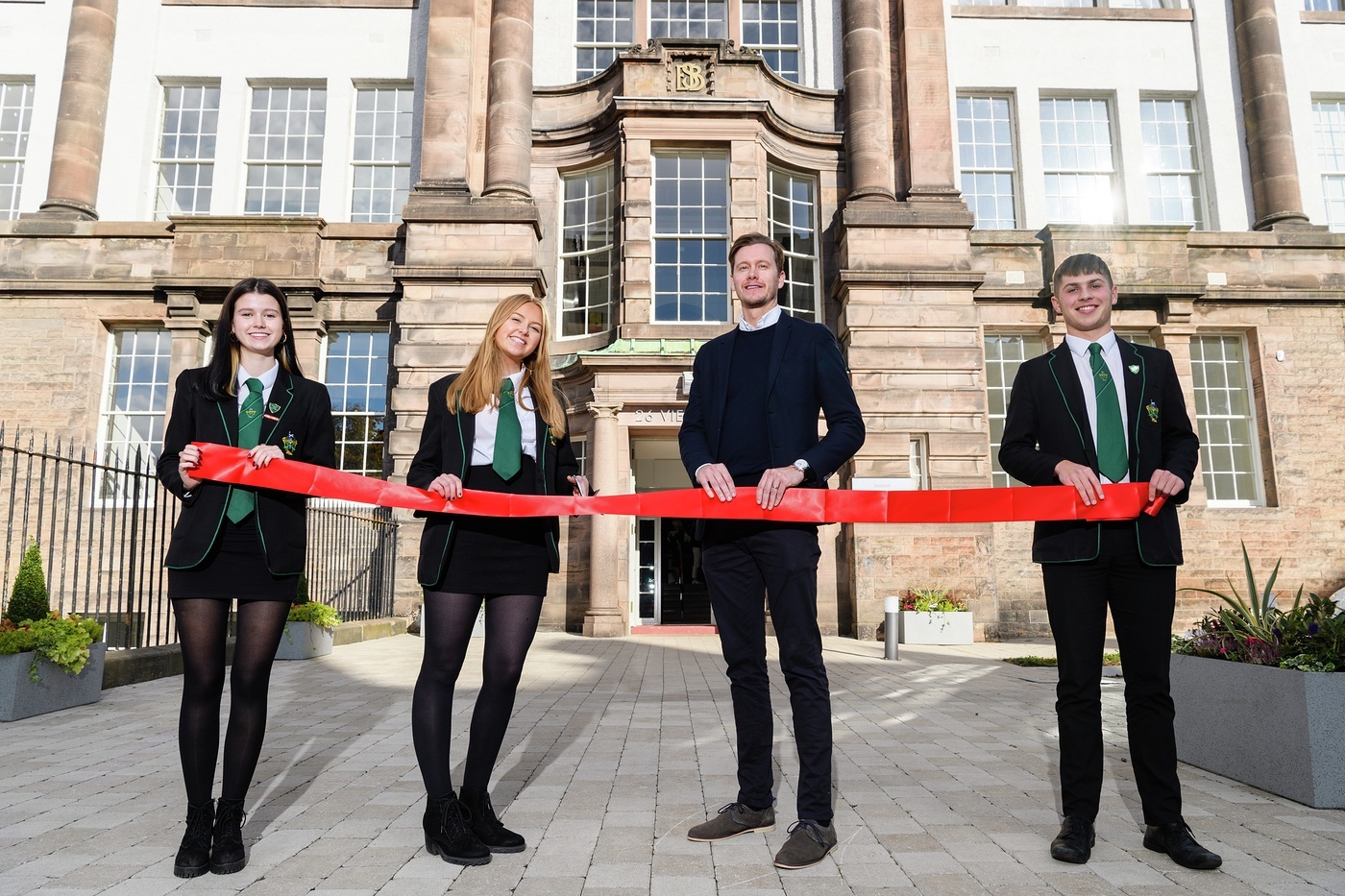 Nestled in the heart of Bruntsfield, Boroughmuir is a collection of one, two, three and four bedroom apartments. Most homes have elevated ceiling heights, with some up to seven metres, innovative mezzanine levels and carefully retained original features.