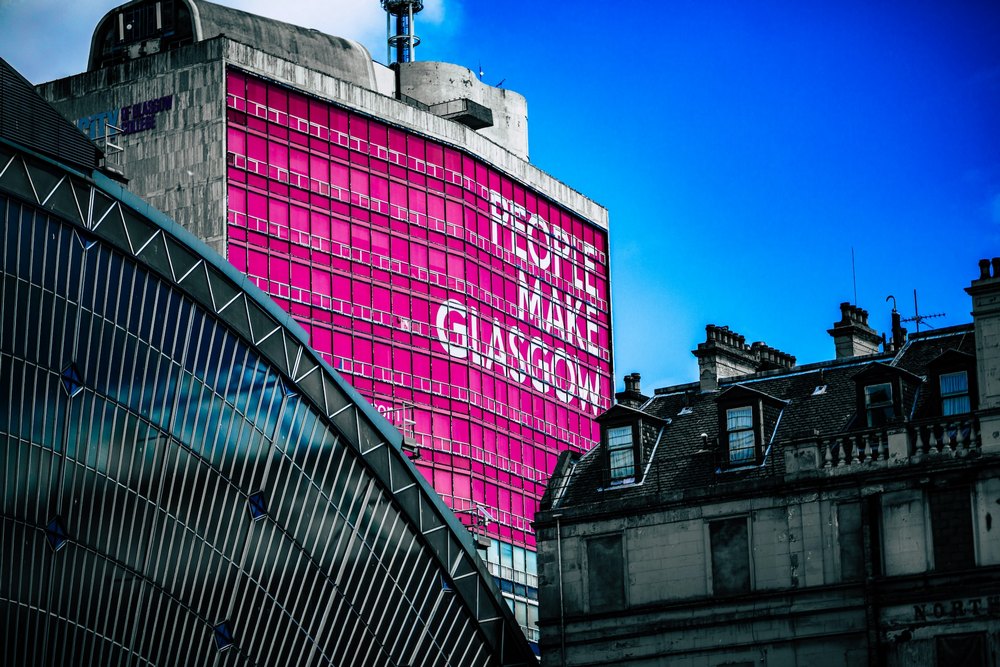 Plans to double a £30 million investment to develop a Glasgow science and tech business hub have been announced by Bruntwood Scitech, bringing the ta

The announcement comes three months after the joint venture, between investor and developer Bruntwood and Legal & General, acquired and announced the redevelopment of their first hub in Scotland, at Met Tower in the heart of the city’s innovation district.

The initial £30m investment included the £16.2m purchase cost of the ‘People Make Glasgow’ building in May. The updated proposal adds a further £30m, bringing the total investment to £60m, to the new city centre tech and digital cluster and will fund the development of a new workspace of more than 100,000 sq ft adjacent to the Grade B listed, iconic Met Tower.

The new building is intended to be net zero carbon in operation in its shared spaces and has been designed with scaling and large tech and digital businesses in mind, offering leased space of up to 10,000 sq ft floorplates, who will have access to co-innovate and collaborate with the startups, scaleups and global businesses located at Met Tower.

The new hub will join the growing science and tech sector in Glasgow, which is now in the top three leading tech cities in the UK outside of London, and will be surrounded by the exciting tech startups and highly skilled talent coming out of the University of Strathclyde, Glasgow Caledonian University and the City of Glasgow College.

Facilities in the new build will include a shared roof terrace offering views across the Glasgow City Innovation District, a dedicated sports kit drying room, secure lockers, showers, and internal secure bicycle storage. Businesses will also have access to all of the facilities in the adjoining Met Tower, including a wellness room, a variety of meeting rooms, and the large roof terrace event and conference space at the top of Met Tower.

Bruntwood SciTech has also announced plans to create a new, publicly accessible, landscaped plaza between the two buildings which will improve connectivity and links through the city centre, innovation district, and to Queen Street Station located just 50 metres away. Beneath this plaza will be a large new premium food and drink retailer, totalling 10,000 sq ft, which will be available to members of the public as well as having direct access into both Met Tower and the new building.

Businesses based at Met Tower and the new development will be able to access Bruntwood SciTech’s UK-wide network of innovation districts, allowing them to collaborate with a 500-strong specialist community of tech and science businesses, and will be provided with their specialist Innovation Services support which includes access to highly skilled STEM talent, new markets, funding and finance support and professional services advice.

Pete Crowther, property director at Bruntwood SciTech, said: “The Scottish digital and tech sector is experiencing rapid growth and this £60m investment into Glasgow is testament to our long-term commitment.

“There is a real opportunity here to not only create a new tech cluster at Met Tower and in our new building but also support local businesses and communities across the West of Scotland.

“Above the physical spaces we are introducing, we’re also committed to creating opportunities for businesses across the UK so they can collaborate and innovate as the sector continues to thrive.

“We’re looking forward to sharing the plans for the new development in more detail and continuing to strengthen our network across Scotland.”

The joint venture aims to support the creation of more than 40,000 high value jobs over the next 10 years. Glasgow joins Bruntwood SciTech’s network of innovation districts that includes 11 locations across the UK. As the Met Tower project develops, Bruntwood SciTech will be looking to recruit a locally based team in Glasgow.

A public consultation event for both Met Tower and the new development will take place on Wednesday 31st August from 2.30pm till 6.30pm at The Merchants House of Glasgow, 7 West George Street. Members of the public are invited to attend to find out more information about the plans for both buildings. Subject to planning, the new development would be open by early 2026, with enabling works starting this Autumn.

A local team has been appointed to work with Bruntwood SciTech on the redevelopment of Met Tower and the new development, consisting of Cooper Cromar, Woolgar Hunter, Atelier Ten, Savills, Ryden, and Thomas & Adamson.