A Scottish cancer charity has visited a team of construction workers to raise awareness of the signs and symptoms to look out for in a bid to increase rates of early detection. 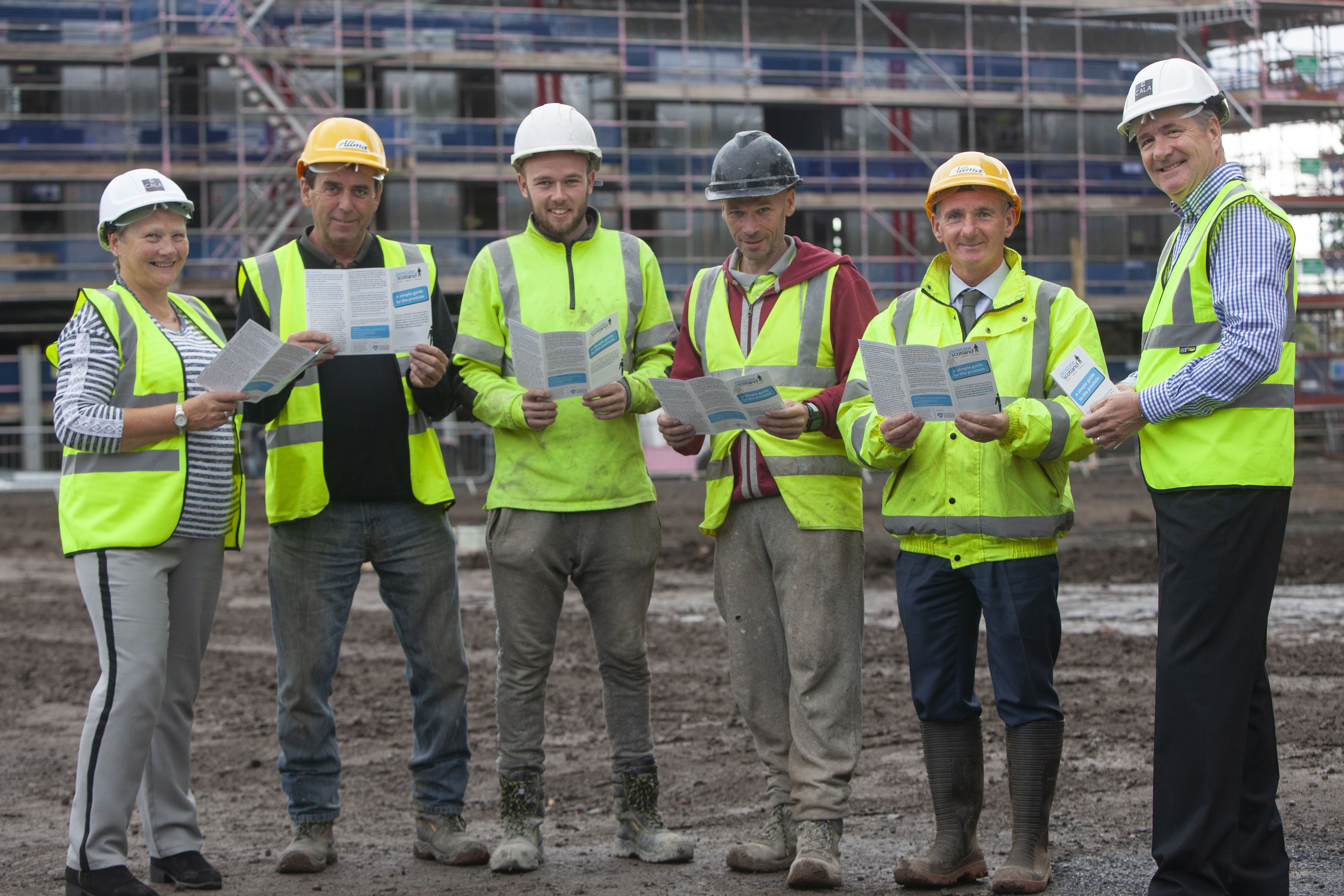 Derek Brown, a volunteer from Prostate Scotland, spoke to a team of staff from CALA Homes (West) this week currently working on the homebuilder’s Jordanhill Park development to speak about his personal experience of prostate cancer.

Derek shared a powerful presentation with the group of predominately male staff, where he talked about the common symptoms of prostate cancer and the importance of getting any changes in your body checked out by a GP.

Almost 60 members of staff attended the talk and took part in workshops throughout the day as part of the charity’s ToolBox Workshops initiative.

Mae Bell, information and advice co-ordinator at Prostate Scotland, said: “We’ve very much welcomed the opportunity to deliver our ToolBox Workshops to employees of CALA Homes (West). Prostate cancer is now the most common cancer for men in Scotland with one in ten men likely to develop the disease in their lifetime.

“While it’s encouraging that survival rates have increased over the past 20 years, and 80% of men now survive prostate cancer, there is still a real challenge around making more men aware of signs and symptoms of the disease to encourage early diagnosis. 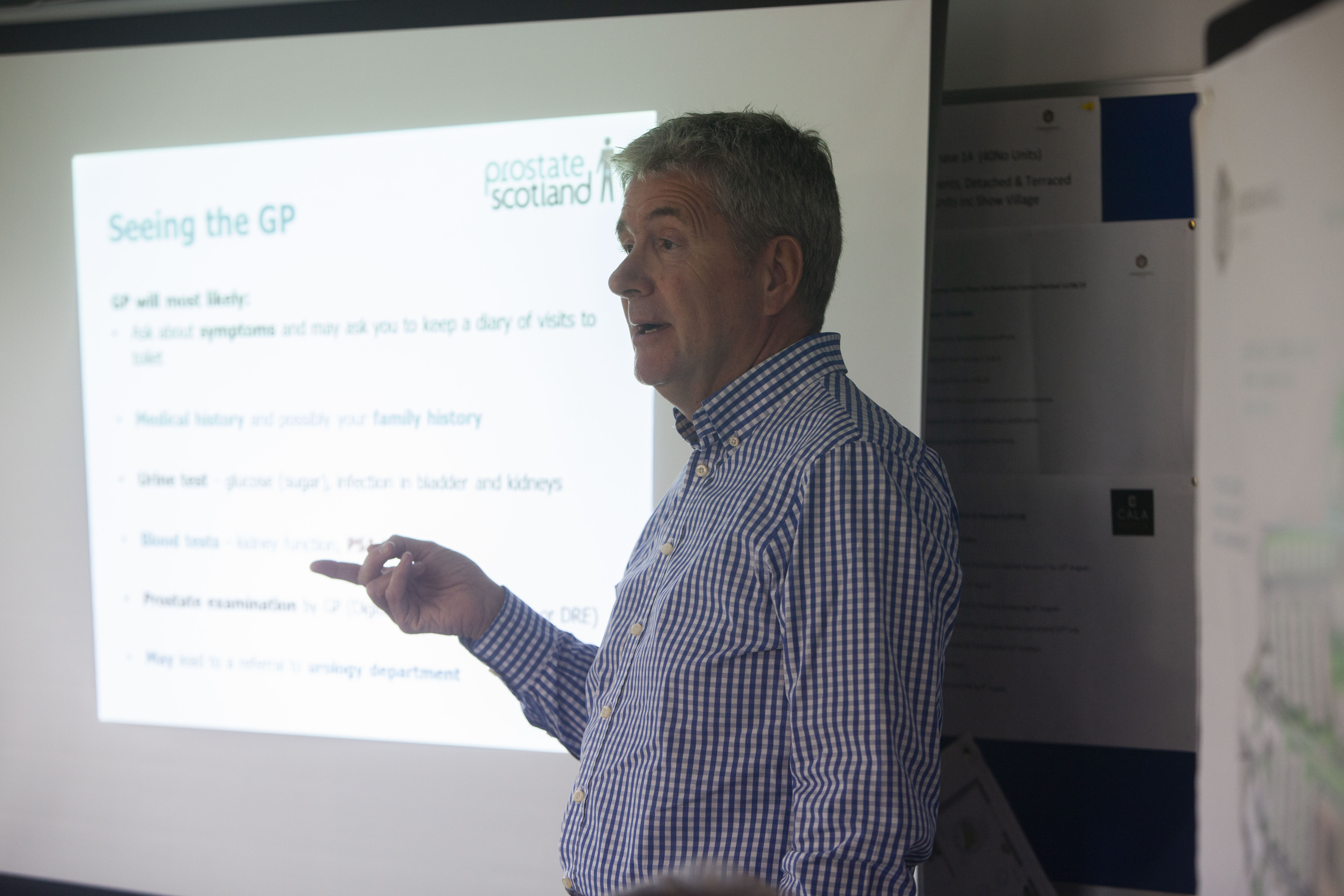 “It’s great that CALA has given us the chance to reach their employees in their places of work to give them access to information about prostate cancer and the opportunity to have an open and frank discussion about something they may usually shy away from.”

The team of staff also donated money to Prostate Scotland to raise funds for the charity’s ToolBox Workshops initiative.

David Sutherland, project director at Jordanhill Park, said: “Given that prostate cancer is so prevalent amongst men, and the vast majority of our on-site workforce is made up of males, we thought it was really important to raise awareness amongst the team.

“The presentation from Derek really hit home for the guys, as he’s been through it personally, so it was great to see that message resonate with them. We take the health and wellbeing of our staff extremely seriously, and I’m sure this experience has had a positive impact on the team.”