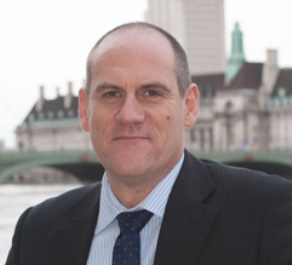 A former apprentice who brings a strong track record in skills, training and organisational development will begin his role as the new CITB chief executive from September 1.

Tim Balcon has led professional and membership bodies, the most notable being as chief executive at the Institute of Environmental Management and Assessment, where he transformed its vision and performance, leading to year-on-year growth.

He has also been chief executive of the Energy and Utility Sector Skills Council (EU Skills), where he created the National Skills Academy for Power. In this role, he led EU Skills to securing significant funding from Ofgem, the energy regulator, after demonstrating the economic risks arising from the skills crisis facing the industry.

Tim’s knowledge of education and skills was reflected in his previous appointment to the board of Ofqual at a time of major education reform, and prior to this he was also a member of the UK Vocational Qualifications Reform Board.

Tim started his CEO journey back in 1999 as CEO of The Gas and Water National Training Organisation, leading a fledgling organisation from £400k turnover to over £7m in three years. He started out from a mining town in South Yorkshire as an apprentice service engineer with British Gas in the early 1980s, where he spent his early career.

Peter Lauener, CITB chair, said: “I’d like to welcome Tim to CITB, an outstanding candidate for the post of CEO. He brings considerable experience in skills and training and strong leadership qualities.

“This is a crucial time for construction skills across Britain, and the Board is looking forward to working with him to drive forward our strategy to meet the skills needs of employers.”

Mark Reynolds, CEO of Mace Group and co-lead of the Construction Leadership Council skills workstream, said: “I am looking forward to working closely with Tim as we address the huge skills challenges we face in construction. Tim’s journey from apprentice to Chief Executive is one that will resonate with the industry and will inspire others to follow in his footsteps.”

Tim Balcon added: “As a former apprentice I know how much having the right skills at a young age can transform your whole career and support your employer. That’s why I’m so passionate about skills and am thrilled to be joining the team at CITB to help many more people join the construction sector and to have long and fulfilling careers within it.”

Tim takes over from outgoing CITB chief executive Sarah Beale, who will relinquish her post at the end of September.