A new Moxy Hotel has opened its doors to guests at Edinburgh Airport, creating 36 jobs.

The new build hotel, Moxy’s first in Edinburgh, was constructed by Clark Contracts and is located on the Royal Highland showground site. 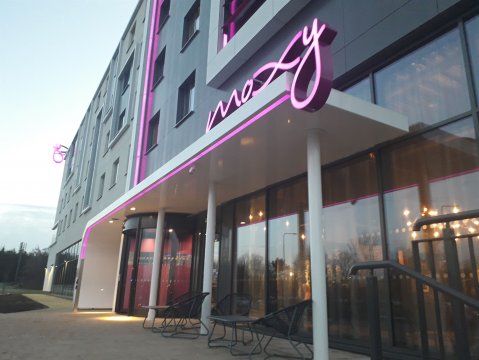 The 230 bed hotel’s design is book themed, inspired by the capital’s Unesco Cities of Literature status.

Key features that can be found across all the Moxy hotels include a vibrant lobby with bar, 24/7 self-service grab and go food concept and an extensive number of power points for personal devices.

Michael Scanlan, director, Clark Contracts, said: “It was fantastic to attend the official opening of our first completed Moxy Hotel. We have enjoyed working with Vastint and the design team involved in this project and hope to continue to work with them in the future.”