A proposal from Clyde Gateway to build a new £6.7 million office block at Shawfield has been lodged with South Lanarkshire Council.

If approved, the four-storey Red Tree Shawfield building will be set within the remediated area of land that sits between Shawfield Drive and the River Clyde.

Designed by Archial Norr, the 30,000sq/ft office block is to be targeted at small and medium sized organisations after the success of similar Red Tree office models already in operation at Stonelaw Road in Rutherglen and Dalmarnock Road in Bridgeton.

Dougie Cameron, project manager at Clyde Gateway, said: “The successful redevelopment of the Shawfield area is crucial to our long-term target of bringing 20,000 new jobs to the Clyde Gateway area by 2028. We have already spent more than £20m, not only to rid the location of contamination and pollution, but to improve and modernise the infrastructure in and around Shawfield and so create the best possible conditions for further investment and redevelopment that will bring the site back into economic use.

“Our Red Tree offices have proved to be a huge success and there is clearly a demand for this type of high quality and affordable space for small to medium sized businesses. Shawfield provides an opportunity to build the largest Red Tree development so far in a flexible way that could see up to 50 units and as many as 166 jobs.

“The cost of the building has been estimated at £6.7m and Clyde Gateway has begun to investigate a range of options in terms of obtaining the funding. If the proposal receives planning permission and the funding falls into place then we could potentially be on site by next summer with a project completion in mid-late 2017.” 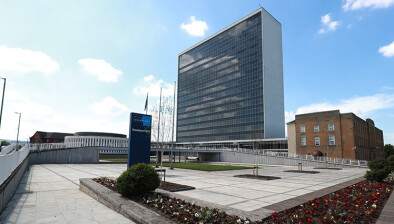