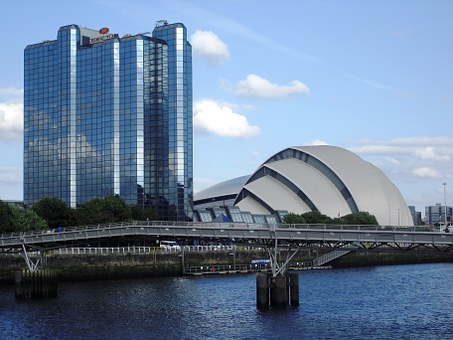 Investors looking for residential investment opportunities should turn their sights to the UK’s regional cities, especially Glasgow and Edinburgh, according to the latest research by Colliers.

The commercial real estate firm analysed 20 cities across the UK and found that when focusing on drivers such as house price and GDP growth, rental yields, affordability, population earnings, share of renters and unemployment statistics the cities with the strongest opportunities were Glasgow and Edinburgh.

According to the H1 2022 analysis the cities that have performed most favourably recently are:

Glasgow scooped the top spot due to its strong house price growth with the average price of a flat growing 36% in the five years to March 2022, as well as average rental yield being 8.0%, and the city’s affordability ratio of 5.4 times the average annual income.

Kevin Coughter, associate director in the International Residential team at Colliers commented: “It’s unsurprising that London was not the top city recommended for residential investment due to the slow down in house price growth compared to other areas, however to see that only one location in the south east made the top ten is worth noting.

“Many investors are looking to secure properties that will provide a long term return, although typically they will be drawn more towards cities such as Glasgow and Edinburgh which have a presence on the international stage either as conference locations, or venues of cultural significance. However, with our analysis we can also highlight other areas which could be just as advantageous.”

Belfast was ranked third best place for property investment in the analysis due to its affordable housing, having the highest share of renters amongst the cities considered, and a rental yield of 7.4%.

The only location in the south east to make the top ten list was Reading, ranking fourth, due to the area’s GDP growth predicted to be 2.5% between 2022 and 2026, and the area’s population benefitting from strong earning performance and low levels of unemployment.

Amongst the analysed cities Liverpool in fifth had the strongest property price growth over the last five years at 47 per cent, as well as having the best affordability ratio of 5.4. The cost of renting is on average only 14 per cent of earnings, compared to 27% in London.

Oliver Kolodseike, head of Economic Research at Colliers, added: “Our research considers 25 indicators across five main pillars of economics, property, liveability, research and development, and added in to this latest report, environmental factors.

“The strength of this report is that it can be tailored to an investor’s needs. The combination of the two pillars of economic and property will be particularly interesting for investors focusing on strong economic fundamentals and locations that benefit from affordable housing and strong rental yields.”