A new hand signal has been launched to help fight modern slavery in the construction sector. 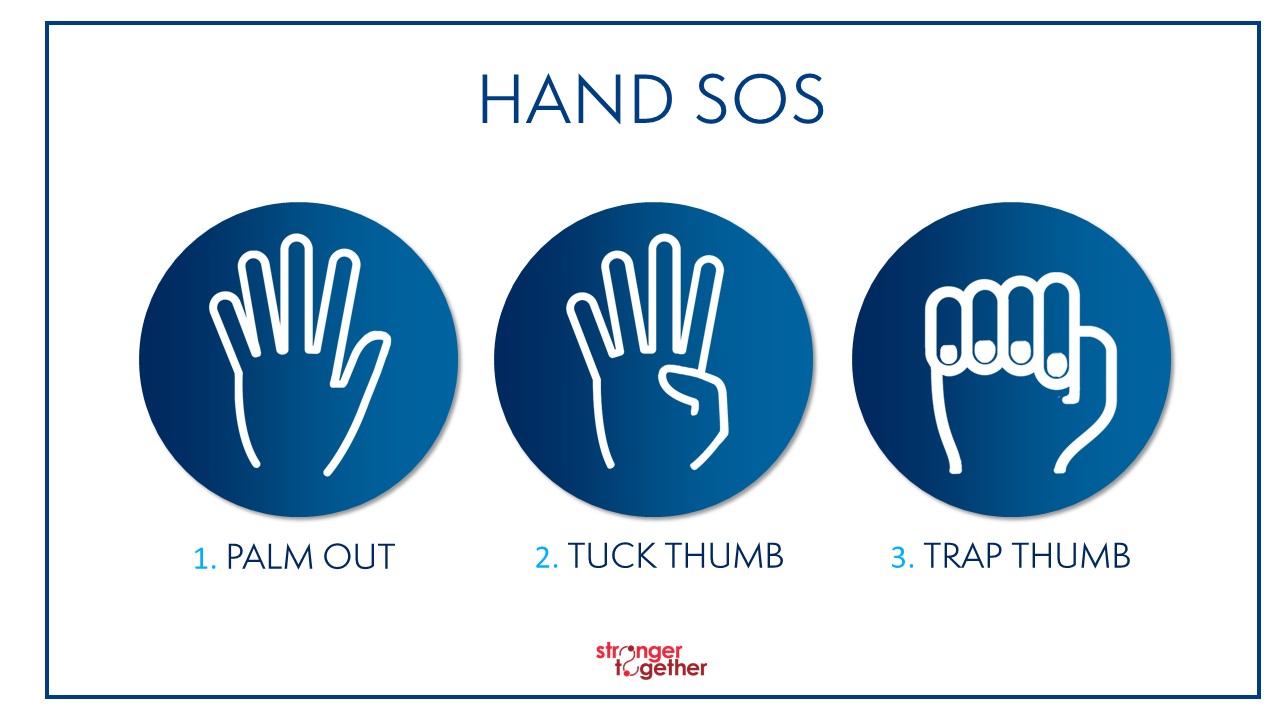 The SOS signal, launched on Anti-Slavery Day yesterday by Stronger Together with the support from CITB and CIOB, is a new tool to empower victims of modern slavery to get help.

Construction has been identified as high-risk for modern slavery by various bodies, including the Gangmasters and Labour Abuse Authority, and the sector is increasingly taking measures to prevent this most extreme form of labour exploitation, whilst identifying and supporting victims.

Detecting victims, who are often ‘hidden in plain sight’, is a particular challenge as victims are often unable to communicate easily for reasons including being under threat and intimidation in the workplace, and/or may not speak English as a first language. It is important therefore that victims can use a non-verbal signal as necessary, enabling them to seek help discreetly without raising suspicion or placing themselves or others in danger. This is a particular challenge faced on construction sites, but is shared across many other workplaces.

The sponsors of Stronger Together’s Construction Programme, led by Michaela Skodova, set out to develop a simple and universal signal that could be used by victims on construction sites and other workplaces.

Following a number of focus groups, the Hand SOS signal was selected.

This signal for help was originally launched by the Canadian Women’s Foundation as a simple, one-handed sign that someone can silently use to indicate that they need help and want someone to check in with them in a safe way.

To support the introduction of this signal, a range of free resources are available from the Stronger Together website including:

Pamela Zielinski, construction programme manager, Stronger Together, said: “Imagine the unimaginable; you have been targeted and are now controlled by individuals who place little or no value on human life other than as a means to make money. You cannot voice the trauma and fear you experience on a daily basis perhaps because you can’t speak the language or simply because you fear being overheard by the wrong people. This hand signal may be your only chance.”

Kay Barnes, corporate social responsibility manager at CITB, said: “We are pleased to support the launch of this hand signal, which is a simple new tool to help raise awareness of modern slavery and empower those affected by it. We know from our own fraud investigations that modern slavery exists within construction, and we all need to work together to stamp it out.

“We would encourage everyone to read and share the free Stronger Together resources on their website and play their part in tackling this issue.”

Caroline Gumble, CIOB chief executive, said: “CIOB’s work to raise awareness of modern slavery in construction and how it can be tackled started some years ago and continues with our support for this campaign. In the post-Brexit and post-pandemic period, there are many in construction with concerns that modern slavery may be on the increase so anything that might provide a route to support or safety for victims is to be welcomed. It’s also a useful opportunity to remind industry professionals of their role in helping to combat the problem and the signs of modern slavery to look out for.”