A consultation has been launched over plans for a residential development of more than 100 flats on Glasgow’s South Side which would be heavily inspired by Alexander ‘Greek’ Thomson. 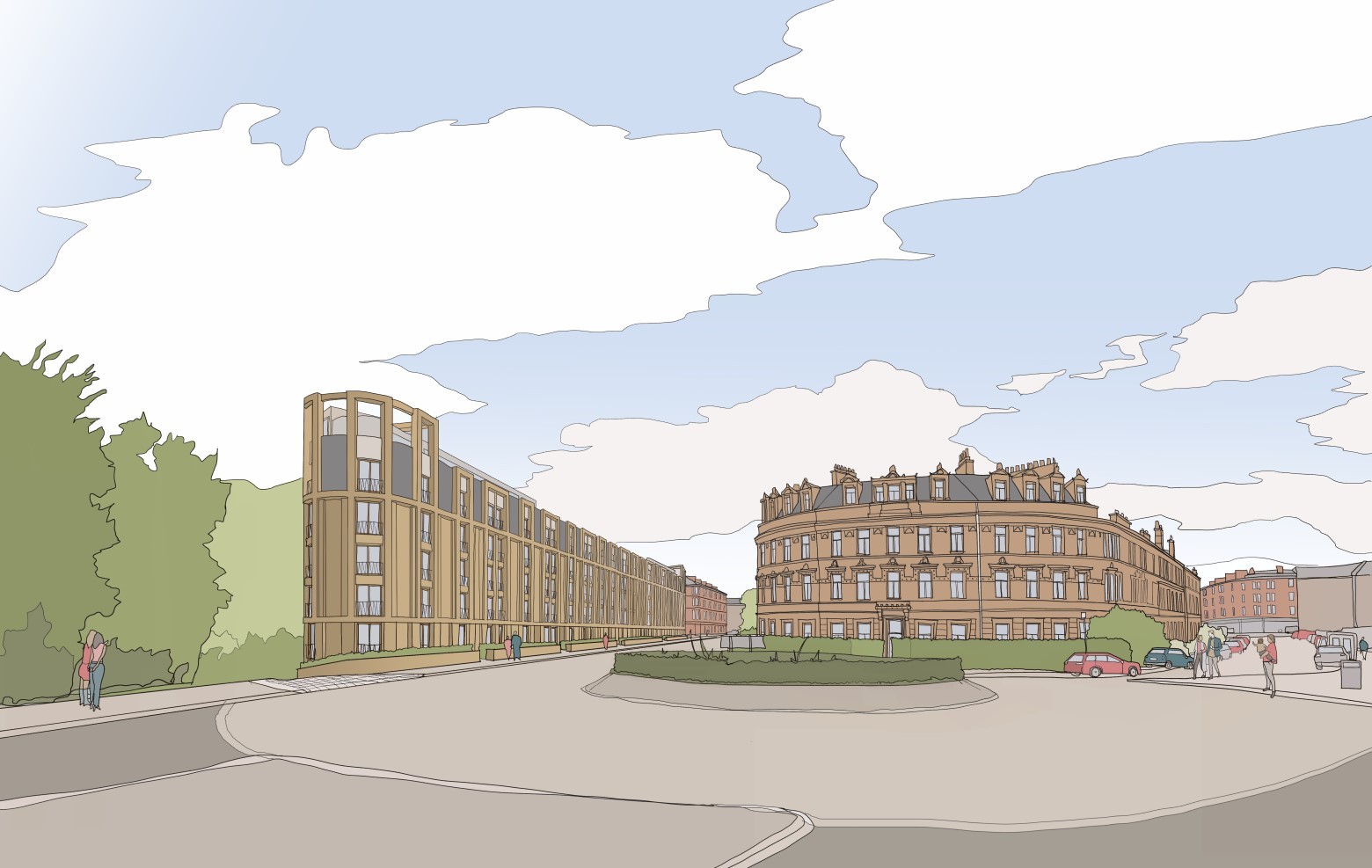 Arnold Clark hopes to get proposals approved for its former garage site at 134 Nithsdale Drive, Strathbungo, with a view to a sale to a developer.

“Our design seeks to ‘fill the gap’, complementing the scale and aspirations of surrounding buildings with particular reference to the work of Alexander ‘Greek’ Thomson whose Category A-listed terrace Moray Place faces on to the site.

“Our key move is to complete the radial pattern of roads initiated in the Thomson Strathbungo masterplan in the late 19th century by placing a continuous terrace along Nithsdale Drive.” 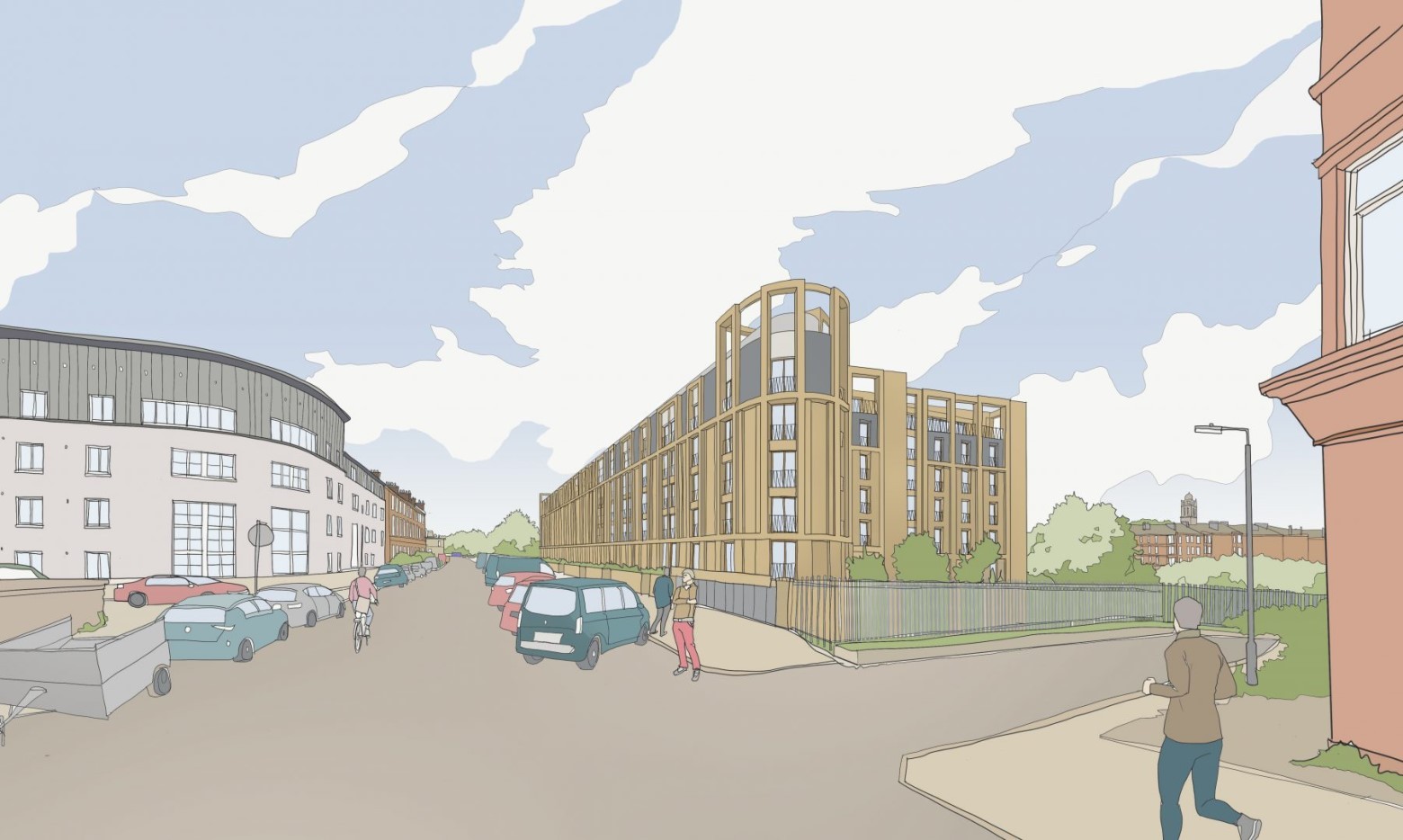 If the plans are approved, the development would comprise 106 flats for sale, 21 with one bedroom, 75 with two bedrooms, eight three-bedroom duplexes and two four-bedroom duplexes.

A total of 106 car parking spaces would be provided, with a mix of surface and below-deck spaces.

A planning application will be submitted in May or June. Subject to planning consent and a development partner being secured, it is hoped that development could commence around May 2023.