East Kilbride construction company Cosmos Projects has expanded to become the Cosmos Projects Group with the creation of two new divisions and the appointment of its first non-executive chairman. 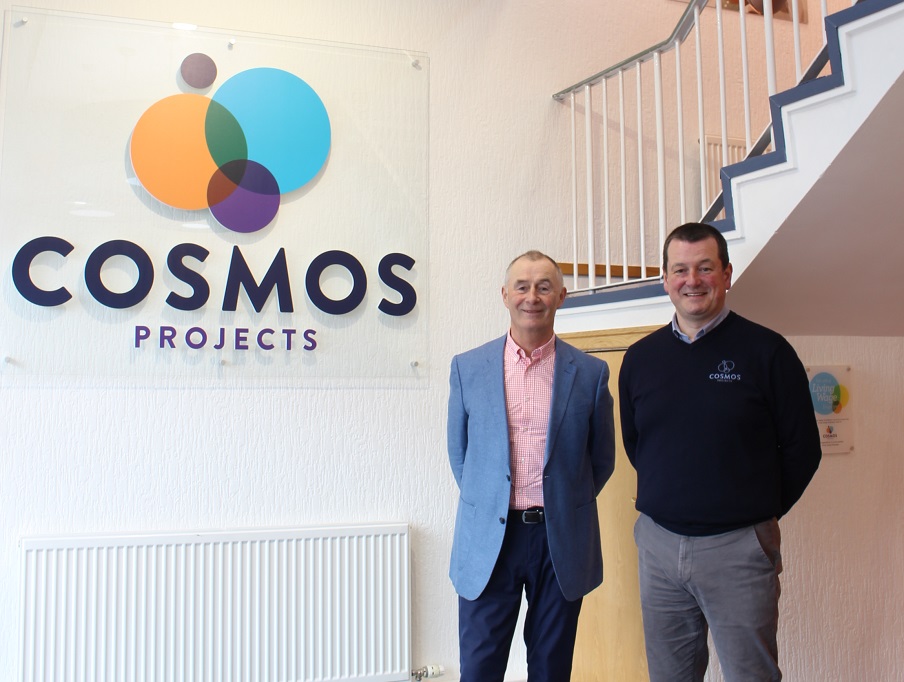 Co-founded in 2012 by Chris McNeill, Cosmos Projects has grown year on year to record a £3.3 million turnover in 2019 and despite the pandemic, the business is on target to increase turnover this year by around 35% to £4.5m.

Currently employing 26 staff, the business specialises in construction, refurbishment, fit-out and maintenance, and the two new divisions to launch include Planet Decorators which specialise in contract decorating work, and Planet Fit-Out which will deliver a workspace design and installation service, particularly for occupiers currently looking to adapt their existing space post COVID.

The new fit-out company has just secured its first contract, a £700,000 competitively won tender for a bioscience company based in Motherwell. Similarly, Planet Decorators has won £300,000 worth of business. The contracts division has been appointed on two jobs by the University of St Andrews, alongside a new optical lab in Aberdeen, jointly valued at £750,000.

Commenting on the expansion, managing director Chris McNeill said: “There’s no doubt the industry has been massively affected by the pandemic but from day one we have worked hard to put the right processes and governance in place, which has helped us to secure new contracts.

“The two new divisions are a natural extension for us to bring in-house and we have great plans for the fit-out business which is going to be a key focus for many occupiers and landlords in the coming months.”

Gordon, who met Chris 21 years ago, added: “I’ve known Chris and followed his business accomplishments over the years and believe the business has terrific growth potential. There’s a great team at Cosmos Projects Group and I’m delighted to be joining them.”

Key projects Cosmos has undertaken include the façade and fit-out work for the University of St Andrews and the external refurbishment of the National Wallace Monument in Stirling.