LDN Architects and Robertson Northern have revamped Victorian school buildings in Inverness to deliver a creative hub for the region’s artistic talent.

Providing urgently needed studios for everyone from photographers and textile designers to an artist who knits glass, the opening of the Inverness Creative Academy heralds the first major arts hub in the Highlands.

LDN was at the heart of the two-phase project which was pioneered by Wasps Artists’ Studios whose centres include South Block in Glasgow.

The £2.2 million Phase 1 has seen the restoration and transformation of one of the empty B Listed Midmills buildings, near the centre of Inverness, to create 39 high quality, affordable studio spaces and an exhibition area. Phase 2 will give a new future to the second building.

The Midmills buildings were part of the Inverness Royal Academy and later Inverness College. 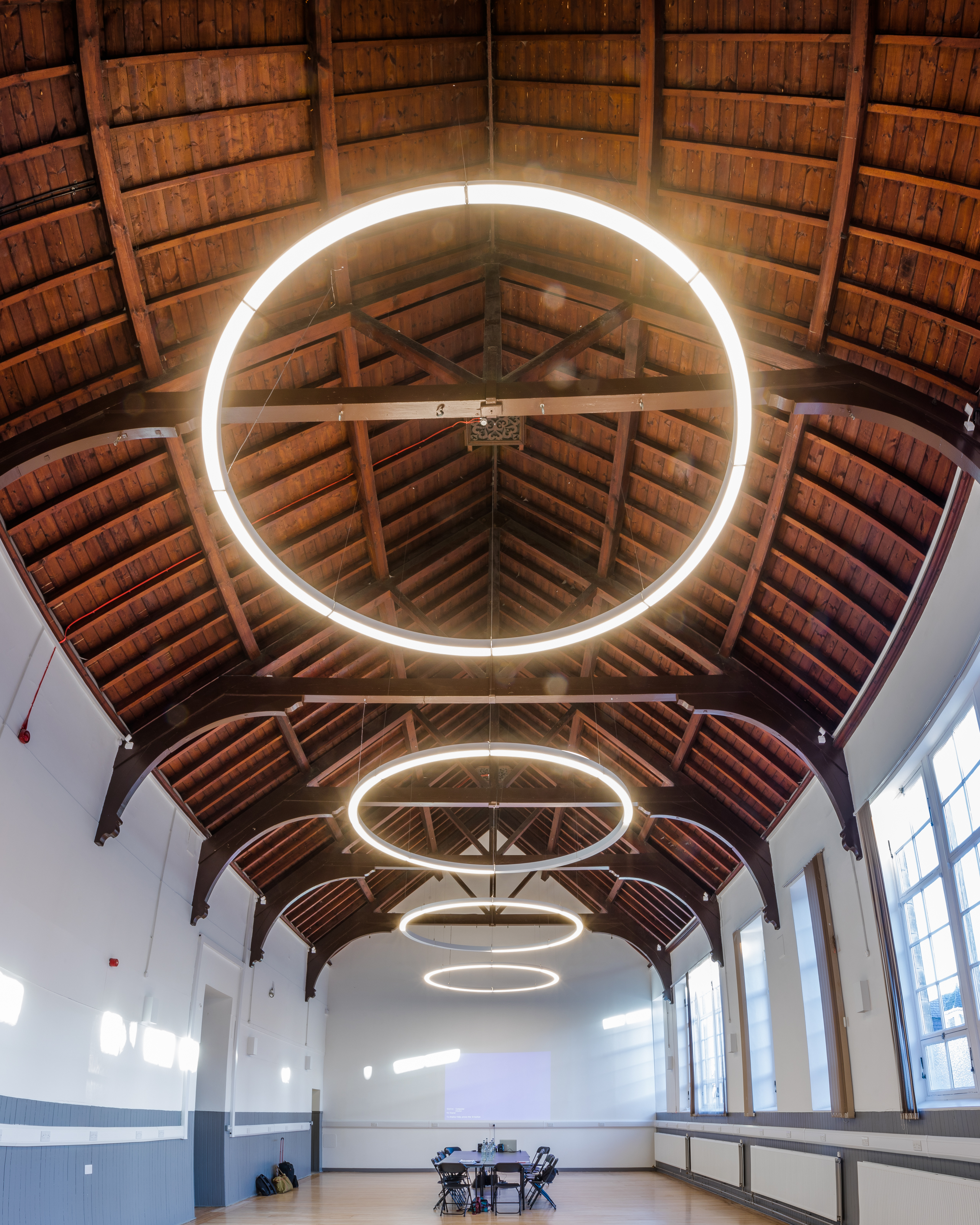 Ian Phillips, operations director of main contractor Robertson Northern, said: “Working on a Grade B listed building and restoring it to its full capacity and function was challenging but one that the team approached with an acute level of attention to detail and sensitivity towards the building itself.

“The Inverness Creative Academy has been a great project to work on and we are delighted by the results – especially as it has brought an iconic and historic building in the heart of Inverness back into use.”

Stuart MacKellar, partner at LDN, said: “It has been a pleasure to have had a lead role in the transformation of the former Inverness Royal Academy for use by Wasps. The buildings presented challenges that demanded creative and hardworking responses from Wasps and the design team, the result of which, we hope, is something befitting of the attitude and quality of the original architecture.

“With the buildings now in use, the sense of community that Wasps is nurturing at Midmills is tangible and it is clear that its reach will stretch far beyond the site boundary. We are looking forward to the second phase.”

The Inverness Creative Academy project is already showing its worth by providing high-quality, affordable workspace to locally-based people who want to live and work in the Highlands but could not find studios. The project is also attracting fresh talent to the area. 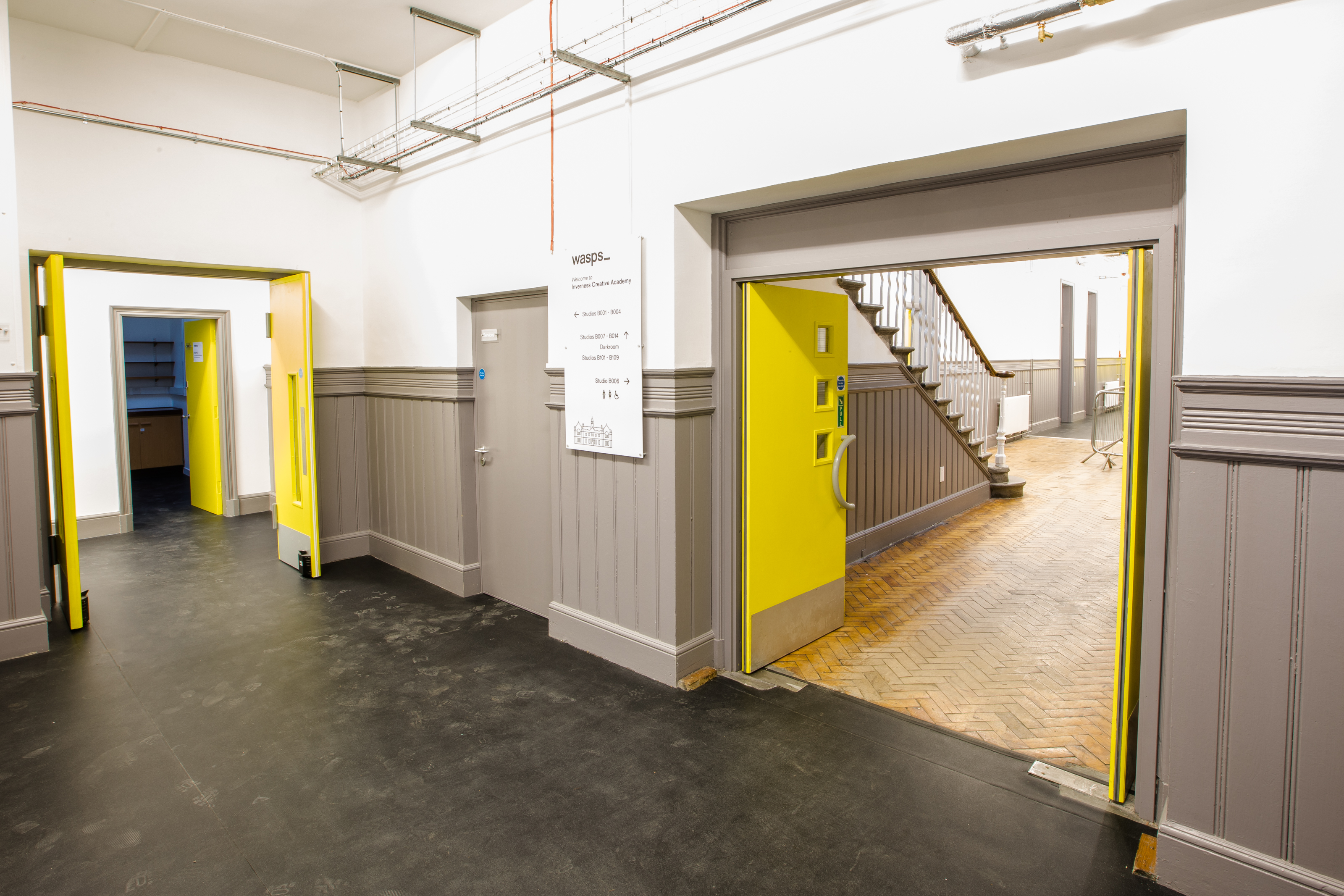 Audrey Carlin, Wasps chief executive officer, added: “The opening of the Inverness Creative Academy is something to celebrate. It provides excellent artists and makers with a new home in the heart of Inverness.

“The Highlands is a region of huge talent and creativity, but many people have been held back or forced to leave because there is too little studio space. The opening of the creative academy is an important first step towards reversing this trend and helping to build the strongest and most vibrant possible creative economy.

“We have worked closely with LDN throughout the process of getting Phase 1 up and running. They have done a superb job in conserving and enhancing the historic character of the building while adapting it to the complex and varied needs of 21st century artists and makers.”

Fundraising is underway for the second phase of the wider £5.7m Inverness Creative Academy scheme which will include offices for creative companies, a public café, performance and events space plus workshop areas.

One of the strongest supporters of the academy scheme is the University of the Highlands and Islands which hopes that it will enable more of its graduates to build careers in the region.