An airfield site in Montrose could host a major renewable-led commercial development after it was acquired by Crown Estate Scotland. 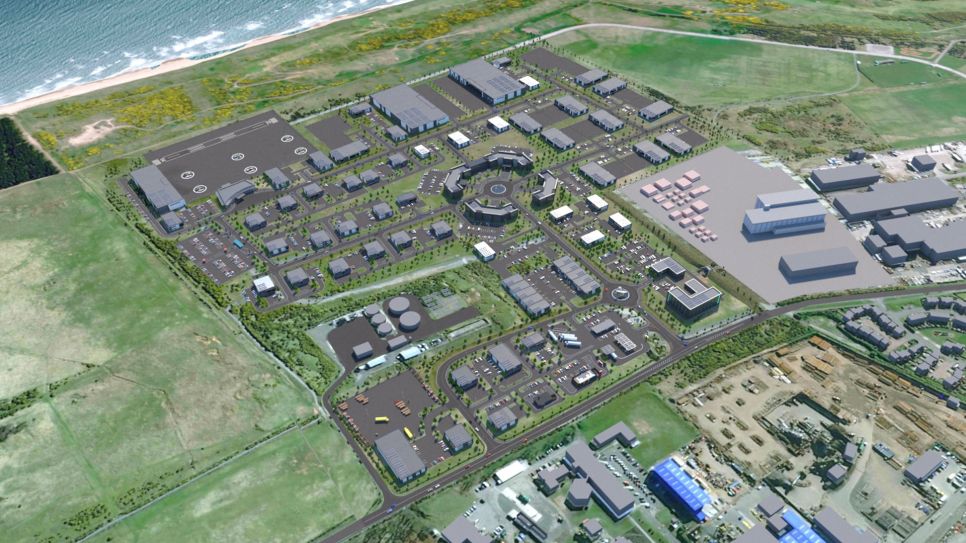 The 123-acre Zero Four site has been bought from ISLA Developments at a cost of £3.7 million.

Historically, the site was the first operational RAF training airfield in the UK, with the Zero Four name emanating from the original runway call sign 04 22. The site has planning permission for a mixed-use business park, with outline proposals including industrial units, offices, food retail/services, a heli-drone port and hotel, leisure & conference facilities. Crown Estate Scotland, which will now work with public and private sector partners to develop detailed plans, said the deal forms part of its long-term plans to invest in renewable energy and the expansion of the blue economy to deliver wider value for Scotland.

The site is considered to have strong potential for supporting the development of key sectors such as offshore renewables, as well as retail and hospitality, bringing major benefits to the area around Montrose and helping to kick start a green economic recovery in the region.

Earlier this year, Crown Estate Scotland announced its intention to invest £70m in support of coastal community regeneration, green energy and sustainable food production over the next three years.

Andy Wells, director of property for Crown Estate Scotland, said: “We’re very pleased to be able to make this announcement today, which we hope can deliver tangible benefits to the local community in the years to come. The site holds a great deal of potential and will allow us to build on the strong partnerships we already have in the marine energy and ports sectors.

“This would be good news at any time, but is especially welcome now as we look to kick-start economic recovery following the response to the COVID-19 pandemic, this offers a fantastic chance to bring major investment to Montrose and the wider north east region.”

Cabinet secretary for the environment, climate change and land reform, Roseanna Cunningham MSP, said: “The Scottish Government is committed to ending Scotland’s contribution to climate change and securing a sustainable future. Crown Estate Scotland’s purchase of the Montrose Zero Four project exemplifies that focus, marking a further major investment that will contribute to long term, sustainable economic development for generations to come and help support a green recovery from the COVID-19 pandemic.”

Kenny Clubb, project director for ISLA Developments, added: “Following purchase of the site in 2018, we immediately recognised the strategic role that the Offshore Wind sector would play for the region, reinforcing the aims of the local government’s Industrial & Clean Growth Strategies and positioning the renewable energy industry at the heart of the local community. Working with major stakeholders and existing employers already investing heavily in Montrose, including a very forward thinking Montrose Port Authority, the future is well set for the region.

“Having developed the enormous potential of Zero Four with Angus Council through involvement with the Tay Cities Region Deal, the Mercury Programme and One Public Estate Montrose, we are delighted to have concluded the sale to Crown Estate Scotland. By handing the development reins over to them it positions the project & the whole region extremely well in terms of a solid & consistent approach between the offshore & onshore renewables sectors, in particular. As the whole economy begins to recover following the COVID-19 pandemic, this sends out a most positive statement to all sectors and shows that Montrose is ideally positioned geographically and strategically, but most importantly… ready!”

Angus Council leader, Cllr David Fairweather, said: “This is fantastic news for Montrose and a further ringing endorsement of the huge potential that Angus has through its flourishing role in clean growth through our Mercury Programme.

“Zero Four, Montrose is an exciting investment opportunity and could not come at a better time, given the pressures and uncertainty spread through the coronavirus pandemic.

“This crucial multi-million pound, sustainable development in Montrose will further enhance the role of the area and its people in the renewable energy, food production, hospitality and retail sectors and we look forward to working with Crown Estate Scotland and its partners to help deliver this exciting development.”