David Findlay: Why collaboration is key for valuations in uncertain times 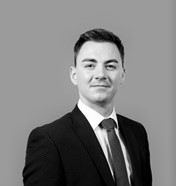 Over the past couple of decades, the property sector has grown accustomed to dealing with uncertainty: the dotcom bubble popped at the turn of the millennium, followed by the financial crisis in 2008, and then there was Brexit, to name but a few of the major influences. However, it would be fair to say that the CCOVID-19 crisis we are currently experiencing has brought about its own set of challenges, that have shaped the market since March and are likely to affect it for the remainder of 2020 and beyond.

The clearest manifestation of this during the initial stages of the pandemic was a significant drop in the number of transactions, with the introduction of lockdown and social distancing. While that had an immediate impact on the investment and occupational markets, it also had a knock-on effect for those of us in valuation, relying as we do on transactional evidence – among other factors – to draw conclusions. Although there was evidence to analyse prior to the crisis, it would be safe to say that this has become less relevant and has to be viewed in a pre-COVID context.

Due to the level of uncertainty in the market and the unprecedented set of circumstances, in March the Royal Institution of Chartered Surveyors (RICS) recommended a material valuation uncertainty clause (MVUC) be included in valuations, as the pandemic took hold in the UK.

The introduction of MVUC was a significant event in itself – the RICS has only recommended its use on a handful of occasions in its 150-year history. At its core, the clause highlights a greater degree of caution over valuations because of the exceptional circumstances under which they are being conducted and the shortage of market evidence on which to base them. It does not, however, mean the valuation cannot be relied upon; rather that it should be kept under frequent review to reflect the fast-changing circumstances in which we find ourselves.

Inevitably, the inclusion of an MVUC within a valuation report has an impact. One example is that, understandably, some lenders have reservations about funding deals on assets with a clause attached, which can create another obstacle to overcome for an industry that often relies on finance to complete transactions. This, in turn, can lead to a catch-22 situation, reducing liquidity in the market and subsequently transactions, leading to less evidence for valuations. That said, lenders have been highly supportive of businesses throughout the crisis and are keen to see an uptick in activity.

As the economy adjusted to the impacts of lockdown, so too did the property market, leading to more transactional evidence and the gradual exclusion of the MVUC from different sectors. The first step came on May 14, with property let to government or quasi-government occupiers, distribution and offices, and food stores all let on 15-year terms having their clause removed, followed by all standalone food stores let to major operators on May 28.

Industrial and logistics assets were next, on June 11 – reflecting the increasing demand from investors and their important role in the lockdown economy. July 7th also saw the MVUC removed from central London offices and long-dated annuity income assets from all sectors, such as government or investment-grade assets. Regional offices then followed suit in early August.

Earlier in September, the RICS Material Valuation Uncertainty Leaders Forum recommended the general lifting of the clause from all UK commercial property sectors, with the exception of leisure and hospitality assets valued with regard to their trading potential (going concern valuations). This is a positive step, which brings the industry closer to some sense of normality and is an indication that market activity and transactions are increasing. Whilst the MVUC has been lifted, the RICS is still recommending the inclusion of a Market Condition Clause – which highlights the increased uncertainty in the market at present, but with less severity.

The impact of COVID-19 on the various sectors of the market has been varied; subsequently, the lifting of the MVUC from certain sectors has been a continuous and evolving process. This most recent change is significant and should increase the levels of activity and liquidity in the market.

Although an increase in market evidence is welcome from a valuation perspective, activity is still below pre-COVID levels and there is less evidence than there was at the turn of the year to form conclusions; therefore, valuer judgement and collaboration with clients and colleagues has never been more important.

In order to provide reliable, market-facing advice in these uncertain times, valuers must collaborate with letting agents, capital markets peers and clients. That way they can gain a greater appreciation of occupier trends and investor sentiment across property sectors, and fully understand what is driving decisions and pricing at present to accurately reflect these factors in valuations.