Decision due on restoration of ‘once palatial’ Fife mansion

Councillors will today make a decision on plans to rescue a historic ruin that was known for decades as the seat of the Rothes family and resembled Holyrood Palace in its heyday. 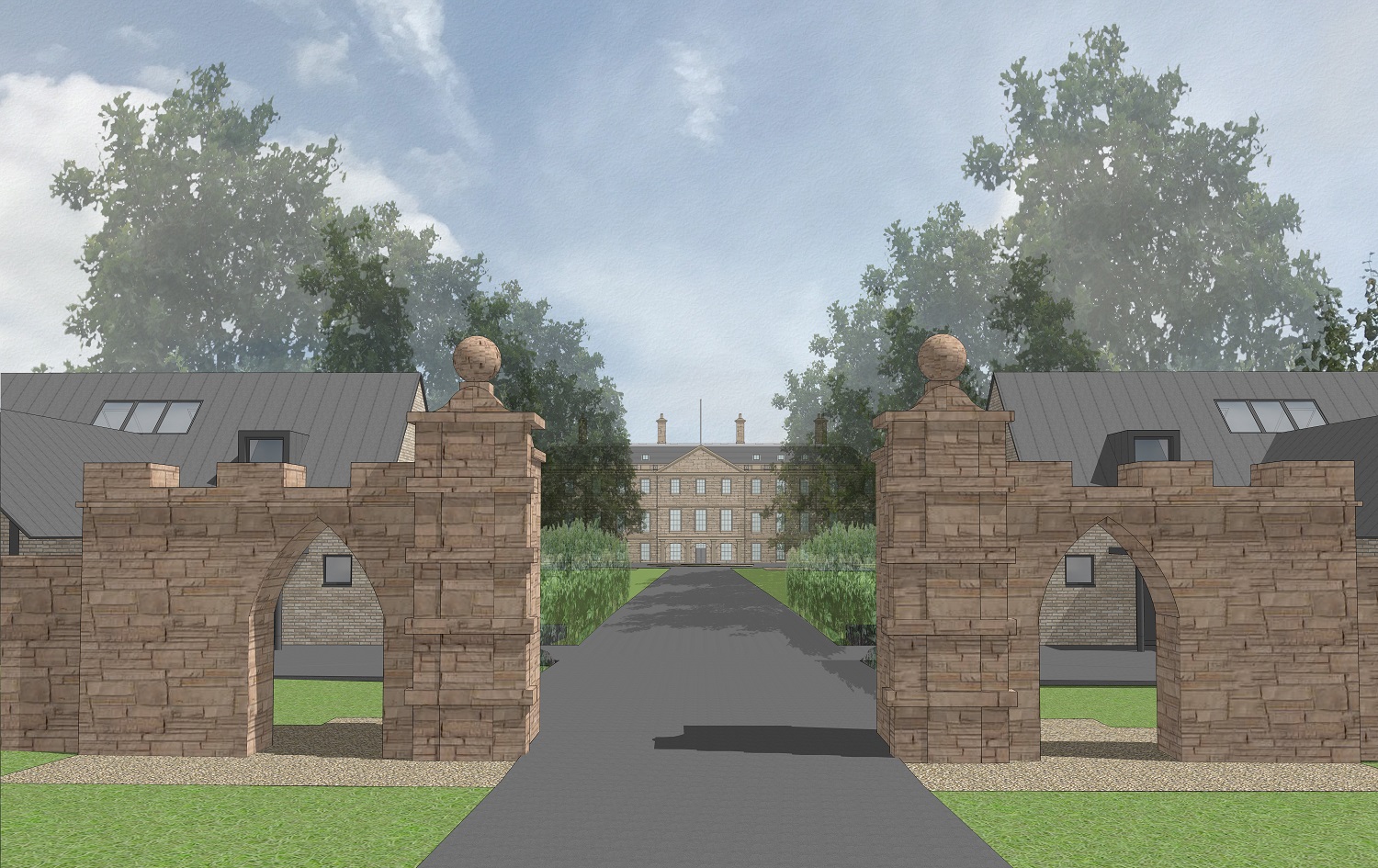 Proposals for Leslie House, situated in secluded woodland east of Glenrothes, could see one of Scotland’s most ‘at risk’ Grade-A listed buildings transformed to its former glory by heritage developers.

The plans, which will be put to a Fife Council planning committee today will see the manor become a development of 28 apartments.

A further eight new build homes built between two locations, the gatehouse and a low-level east garden, will sit on a former extension to the original home demolished after a 1763 fire. This new extension is designed to minimise impact on the house.

Following a further devastating fire in 2009, that compounded Leslie House’s state of ruin from the elements and vandalism, all that now remains is a crumbling wreck of a mansion once described by Robinson Crusoe author Daniel Defoe as “the glory of the while province of Fife”.

Working with architects Davidson Baxter Partnership (DBP), the homes will be delivered by Leslie House Development Company which was established to take forward the development.

Christine Stewart, architect with DBP, said: “This is one of Scotland’s most important historic buildings. Since the fire of 2009, hopes of its restoration appeared to be dashed.

“These latest designs are the result of extensive consultation with key stakeholders, including council planners and Historic Environment Scotland.

“I truly hope the committee will approve these proposals and allow this vital building to be saved.” 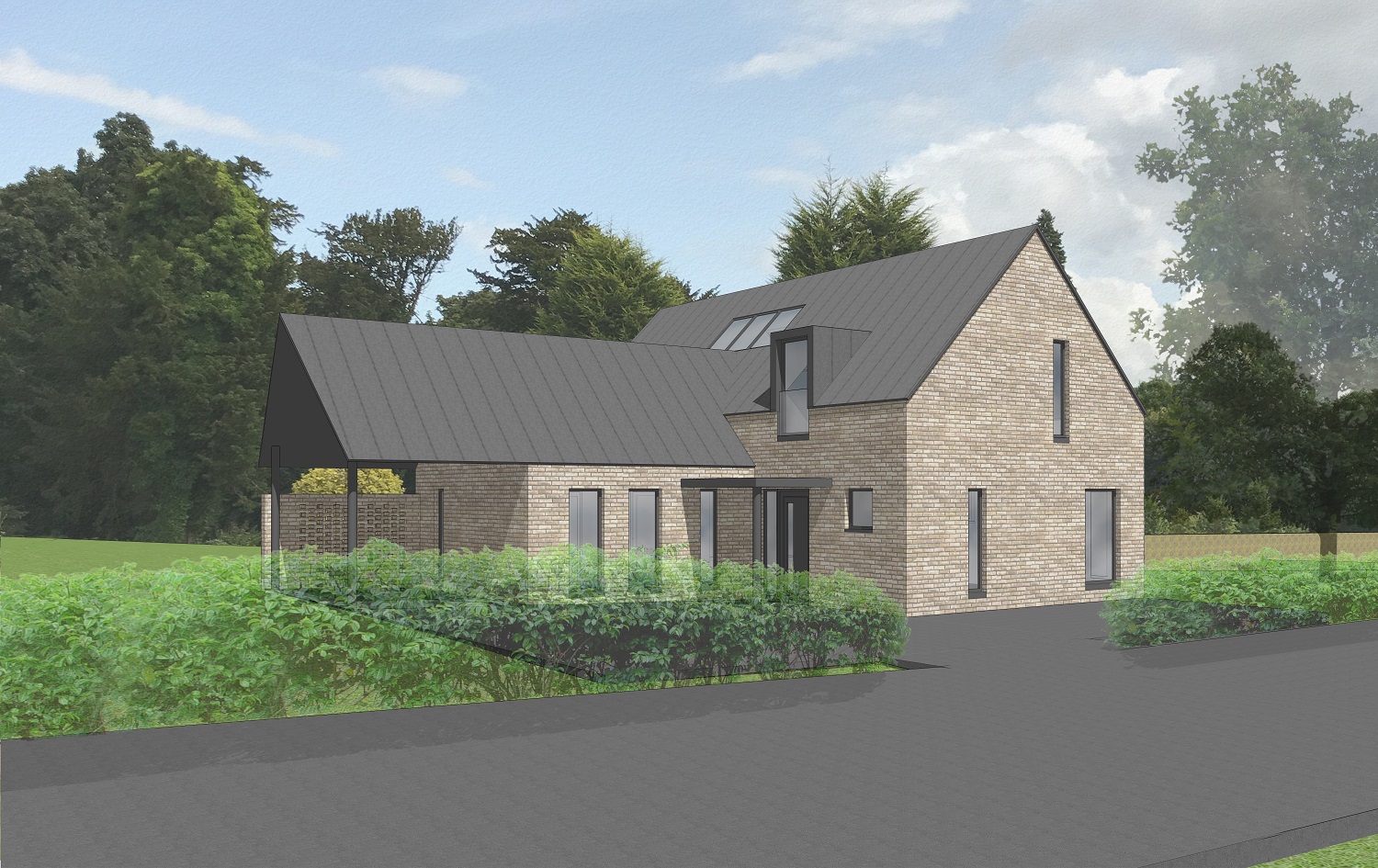 Nestled between the River Leven and Lothrie Burn, Leslie House was originally built as a courtyard palace in 1667-1672 by the Seventh Earl of Rothes.

In 1904, the house was inherited by Noël Leslie, Countess of Rothes, and Norman Evelyn, Earl of Rothes. A British philanthropist, Noël went on to survive the Titanic disaster and became a well-known heroine for her role in helping to row a lifeboat to safety.

The Countess then went on to treat wounded soldiers from WWI, converting a wing of Leslie House into a hospital.

In the aftermath of the war, Leslie House was sold to Sir Robert Spencer Nairn and remained a private residence until 1952, when it was gifted to the Church of Scotland and became a care home.

The house was then sold to Edinburgh-based Sundial Properties in 2005, which obtained planning permission to restore and convert the property in 2008. However, these plans went up in flames as the fire in 2009 destroyed much of the building, putting the project on hold.

The planned restoration of Leslie House will retain much of the building’s original features, while keeping the layout of the surrounding gardens and pathways largely the same.

Each of the new build homes will have their own dedicated parking, with three spaces for each house. The apartments within the listed building and the new build units will have 49 spaces allocated in total.

UPDATE: These plans have now been approved by councillors - read more here.