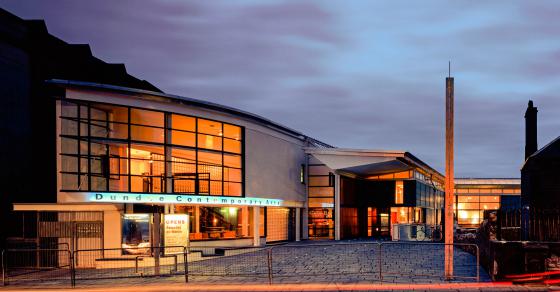 More than £2.3 million could be spent on work in the coming months that will help Dundee continue its push to address the ongoing climate emergency.

As well as upgrading four prominent city buildings by installing solar panels, a contract to construct a new segregated cycleway and footway as part of the Broughty Ferry to Monifieth active travel project is to be considered.

Councillors will be asked to approve £470,490 for the design, supply and installation of solar photovoltaic arrays and associated systems at Dundee Contemporary Arts, Harris Academy, Kingspark School and Menzieshill House.

Meanwhile, the city development committee will also be asked to agree a proposed works package of £1.86m for a new fully segregated two-way cycleway on Broughty Ferry Esplanade from Castle Lane to Bridge Street, along with footway widening, new crossing points and associated drainage improvements.

Mark Flynn convener of Dundee City Council’s city development committee, said: “In the face of the climate emergency it is not acceptable to just keep on doing the same things and expecting a different outcome.

“That is why this work, and more like it, is proposed to deliver the council’s Climate Action Plan in support of reduced greenhouse gas emissions and the implementation of clean and green energy and transport solutions.”

If the committee, which meets on Monday, approves the tender from Emtec Energy, work could start on the solar panel installation in September and be finished by the end of the year.

The committee is also being asked to approve Tayside Contracts’ tender to deliver the segregated cycleway and footway as part of a major multi-million-pound active travel corridor which aims to create a better, safer environment to walk, cycle and wheel and to encourage both locals and visitors to enjoy a healthier lifestyle through being more active.

Work could start in August and is expected to be completed early next year.