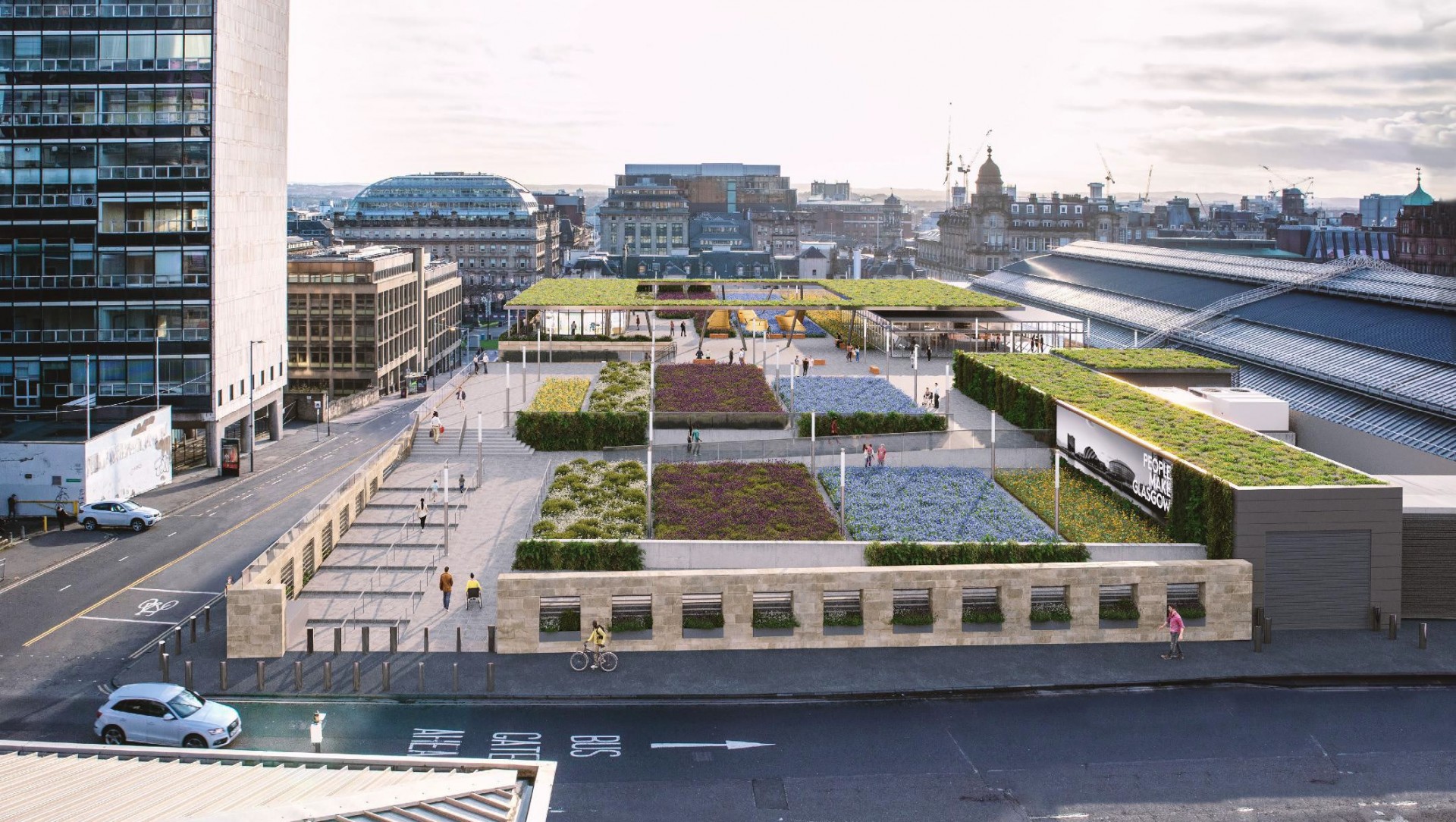 How the rooftop plaza could look if approved

Located in the area off North Hanover Street, the new concourse will house passenger facilities — including retail and food/drink outlets — and operational accommodation for train staff.

Under the plans, a roof-level plaza would be formed which would also act as a platform for a potential future development above.

A project team led by Atkins, with Simpson & Brown as heritage consultants, will lead the delivery of a package of works as part of an enhanced station entrance from North Hanover Street. 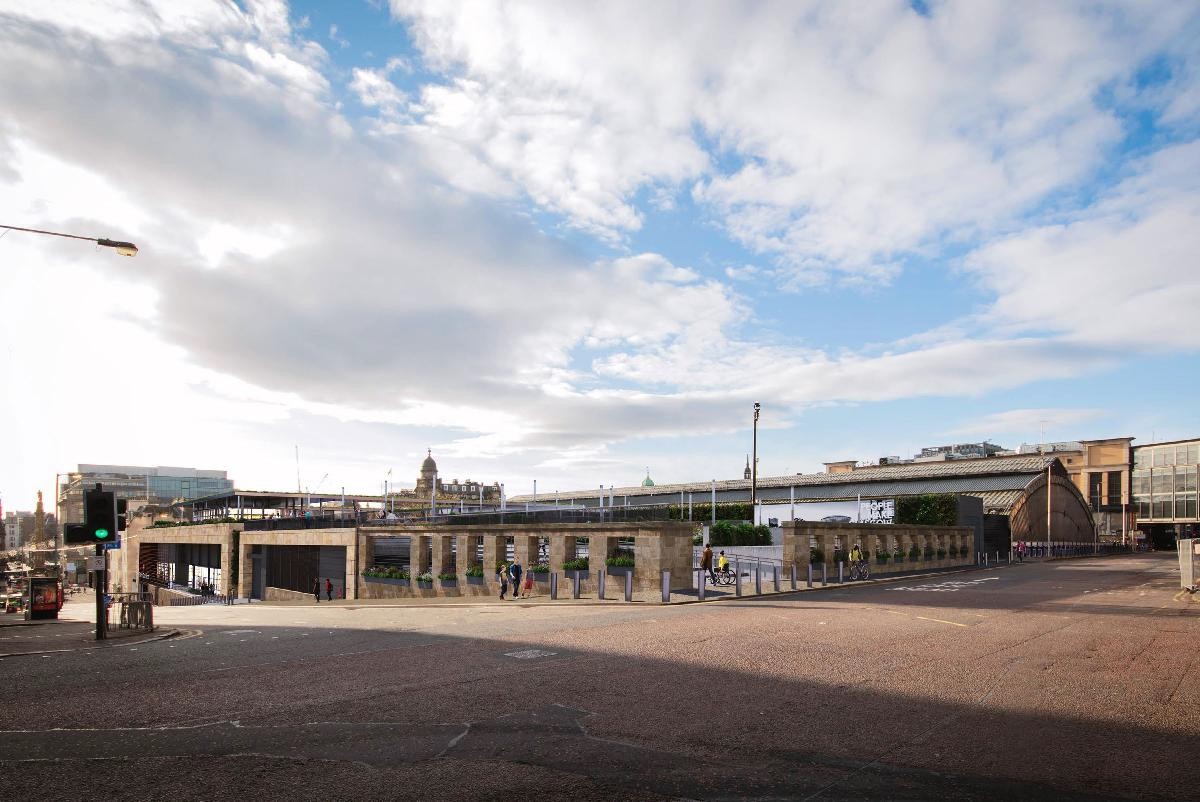 View from the traffic junction on Cathedral Street

“The podium deck will accommodate two levels to the south where it provides passenger spaces and three to the north for operational functions.”

It added: “The overarching ambition is that when complete the site will be an integrated, innovative, commercial hub bringing together a key transport hub, Grade A office and retail tenant space.

“Inside the podium is a significant new station concourse which provides step-free access to the low-level Platforms 8 and 9.

“The concourse is also connected directly to the mainline station concourse creating a ‘one station’ experience across the stations levels. 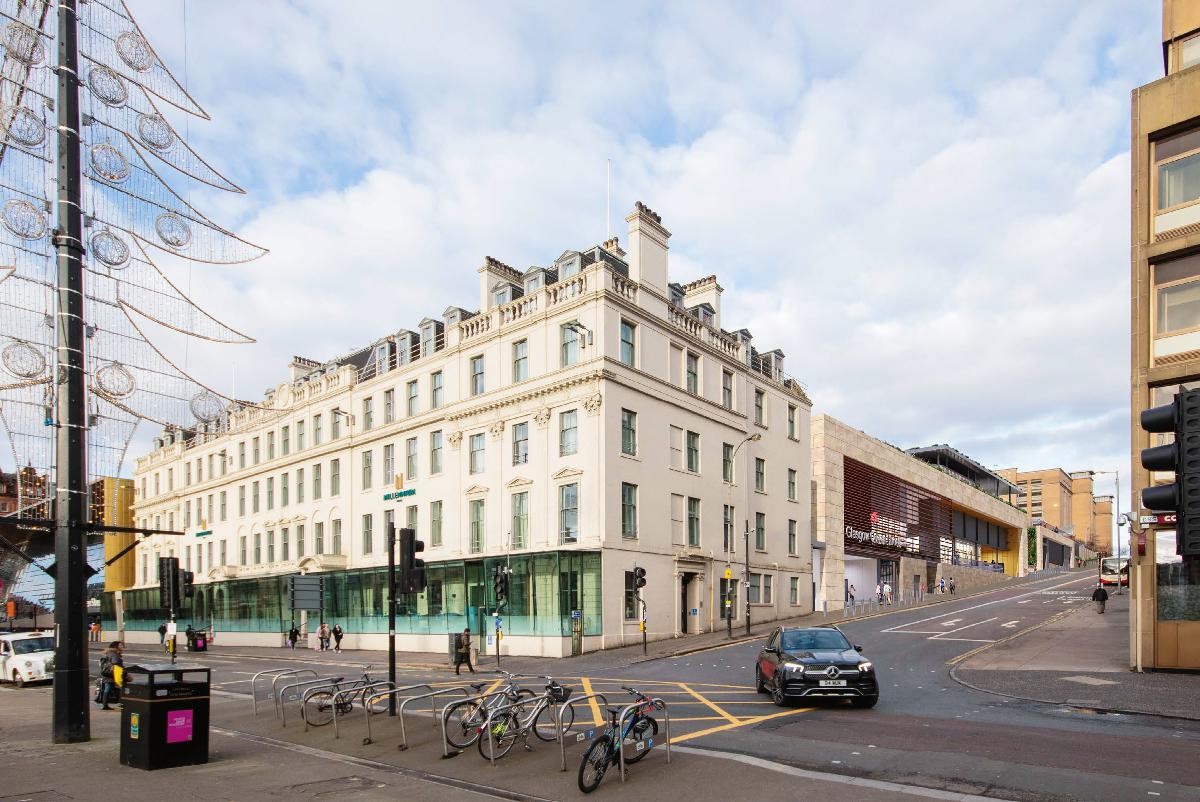 “New entrances to the concourse are provided adjacent to the Millennium Hotel and at the midpoint on North Hanover Street opposite Martha Street. It can also be accessed from the plaza level via lifts and escalators.

“A significant part of the station experience will be a new concourse mezzanine. The mezzanine will be lined with retail. It is expected that people will dwell on the mezzanine and watch the activity of the concourse below while enjoying a meal or drink.”

The submission adds: “At the roof level of the podium, a new public plaza is proposed, providing access to and from the station as well as landscaped amenity space. The plaza will be created as a meanwhile use, until a future development is delivered.

“In the meanwhile condition, the plaza is proposed as an open, public plaza planted with soft landscape and incorporating rooftop retail with breakout seating and a new pavilion entrance to the station. 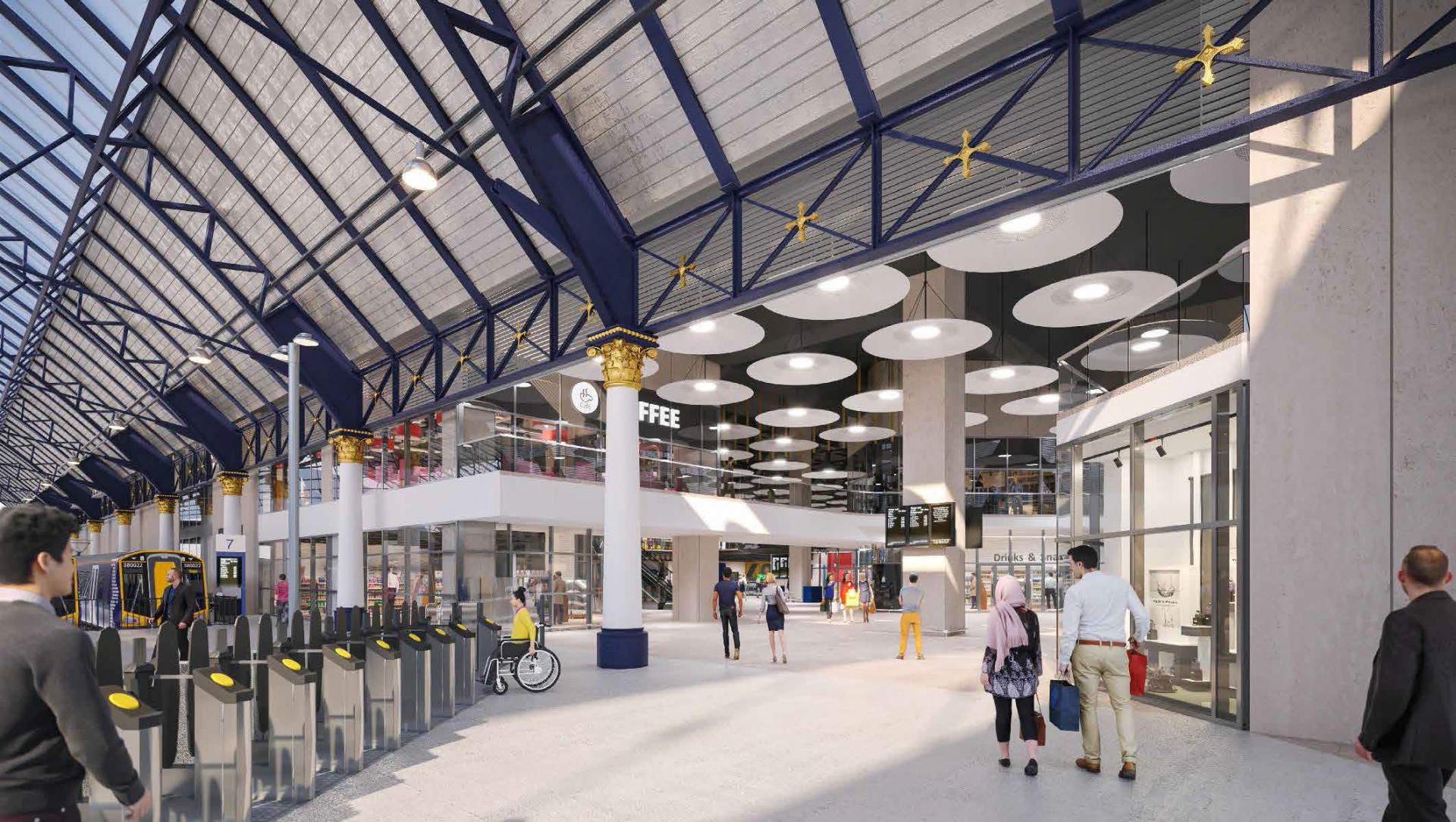 Inside the new concourse

“The plaza will be accessible via public steps from North Hanover Street and from street at Cathedral Street as well as from the station concourse below via lifts and escalators.

“In this configuration, plots have been designated to the north and south of the site and provision made within the podium accordingly. In this scenario the central space will be retained as a landscaped public space.

“This podium project is recognised as the first step in a bigger project for the site and as such the remit for the podium includes delivery of a flexible development deck which can enable the delivery 300,000 sq.ft. of commercial buildings by others in the future.”

The planned extension adds to extensive works currently in progress at the station.