City centre office markets in Edinburgh and Glasgow are moving towards recovery in 2022 in the wake of the COVID-19 pandemic, according to the latest Big Nine office market update from Avison Young. 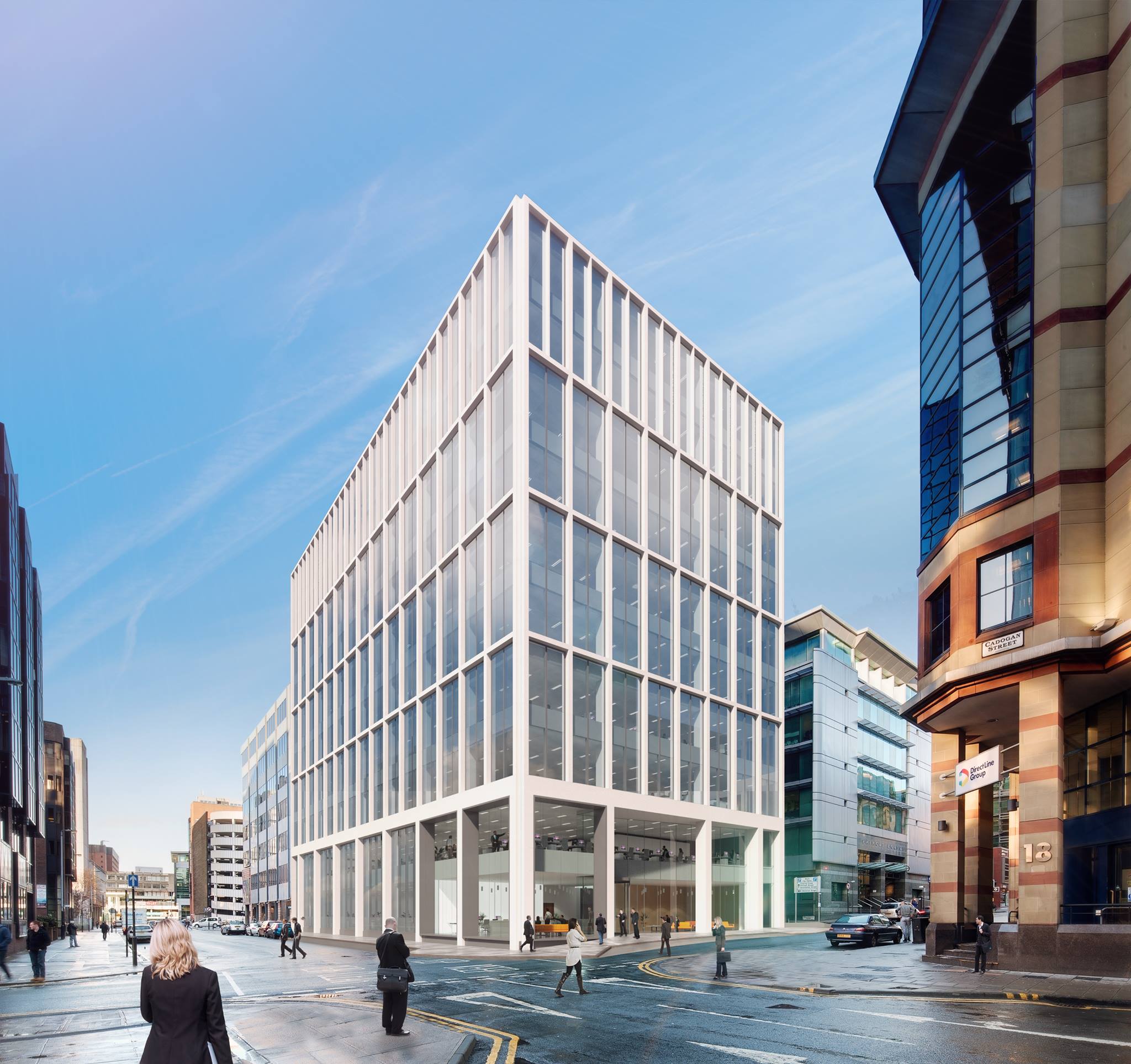 The Big Nine quarterly review shows the take-up in the major regional office occupier markets in the UK.

Edinburgh city centre experienced an extremely strong finish to the year, with take-up amounting to 270,811 square foot (sq ft) in Q4. This brought total take-up in Edinburgh city centre to 610,050 sq ft for 2021- over 20% greater than 2020 activity and 3% above the ten-year average.

The largest deals for the quarter were all in new build space. The headline letting was from tech company Fanduel, who took 59,870 sq ft at the recently completed 2 Freer Street.

Prime headline rents have increased to £38 psf, though penthouse space will attract a premium above this.

Contrary to most Big Nine cities, the vacancy rate in Edinburgh city centre has changed very little since the pandemic, sitting at 6.5%.

Peter Fraser, director at Avison Young Edinburgh, said: “Scotland’s capital saw a surge of demand from office occupiers in the latter part of last year. Across 2021, total take-up in the city centre was not only up 20% on 2020 activity but also 3% above the 10-year average.

“Occupiers in Edinburgh are favouring quality Grade A space, and strong demand for these listings has resulted in headline rents increasing to £38 per square foot. This bodes well for a number of refurbishments currently underway in the city, including developments at Excel House, Semple Street, 60 Morrison Street, 24-25 St Andrew Square and 116 Clarendon House.

“Unlike the city centre, the out-of-town market was fairly quiet in 2021. However, given the lack of larger Grade A space in the city centre, we expect some occupiers will consider West Edinburgh to fulfil their space needs and ESG commitments in 2022.

“With several developers refurbishing and redeveloping stock ready for the next wave of demand, all the signs point to the market taking another significant step towards recovery in 2022.”

Activity in Q4 was led by a further grade A letting - 48,870 sq ft to Transport Scotland at 177 Bothwell Street. The vacancy rate in Glasgow city centre is 10%.

Two landmark developments that have recently completed, Cadworks and 2 Atlantic Square, plus 177 Bothwell Street due to complete in Q1 2022, have circa 190,000 sq ft remaining of new grade A accommodation.

Paul Broad, director at Avison Young Glasgow, added: “There is a clear feeling that the Glasgow office market took a significant step towards recovery last year after seeing a 60% increase on 2020 activity. The market was largely defined by the strength of activity during the third quarter which satisfied much of the pent-up demand created during the pandemic.

“The key deals were all agreed on new development space, led by the largest deal of the year, a 75,000 sq ft pre-let to the Student Loans Company at Drum’s Buchanan Wharf. This was followed in Q4 by a further Grade A letting to Transport Scotland at 177 Bothwell Street.

“The vacancy rate in Glasgow city centre now sits at 10%,  somewhere between the cyclical low of 6.7% two years ago and a high of 13% in 2016. However, there remains a lack of available Grade A stock across all markets in the city.

“As such, we expect the recently completed developments of Cadworks and 2 Atlantic Square to be highly sought after. 177 Bothwell Street is also due to complete in the first quarter of this year, while the refurbishments of 6 Atlantic Quay, 200 Broomielaw and the next phase of Onyx are expected to satisfy occupiers’ needs for quality space.”

He continued: “With Glasgow hosting COP 26 late last year, we have seen occupiers re-evaluate and strengthen their commitments to net carbon zero targets in the office space. This means that quality space that meets high environmental standards will be at the front of many occupiers’ minds in 2022. With the changing requirements from occupiers, we also expect space considered less suitable for offices to be repositioned for other uses, such as residential and education.

“The city now has a unique opportunity to take a lead in coming up with more innovative and sustainable models to make best use of existing and new office space to help business meet their ‘Green’ commitments. Glasgow’s ability to pivot to these changing market demands bodes well for the year ahead.”