An Edinburgh project manager is primed to represent Scotland at a prestigious national awards ceremony taking place in London tomorrow. 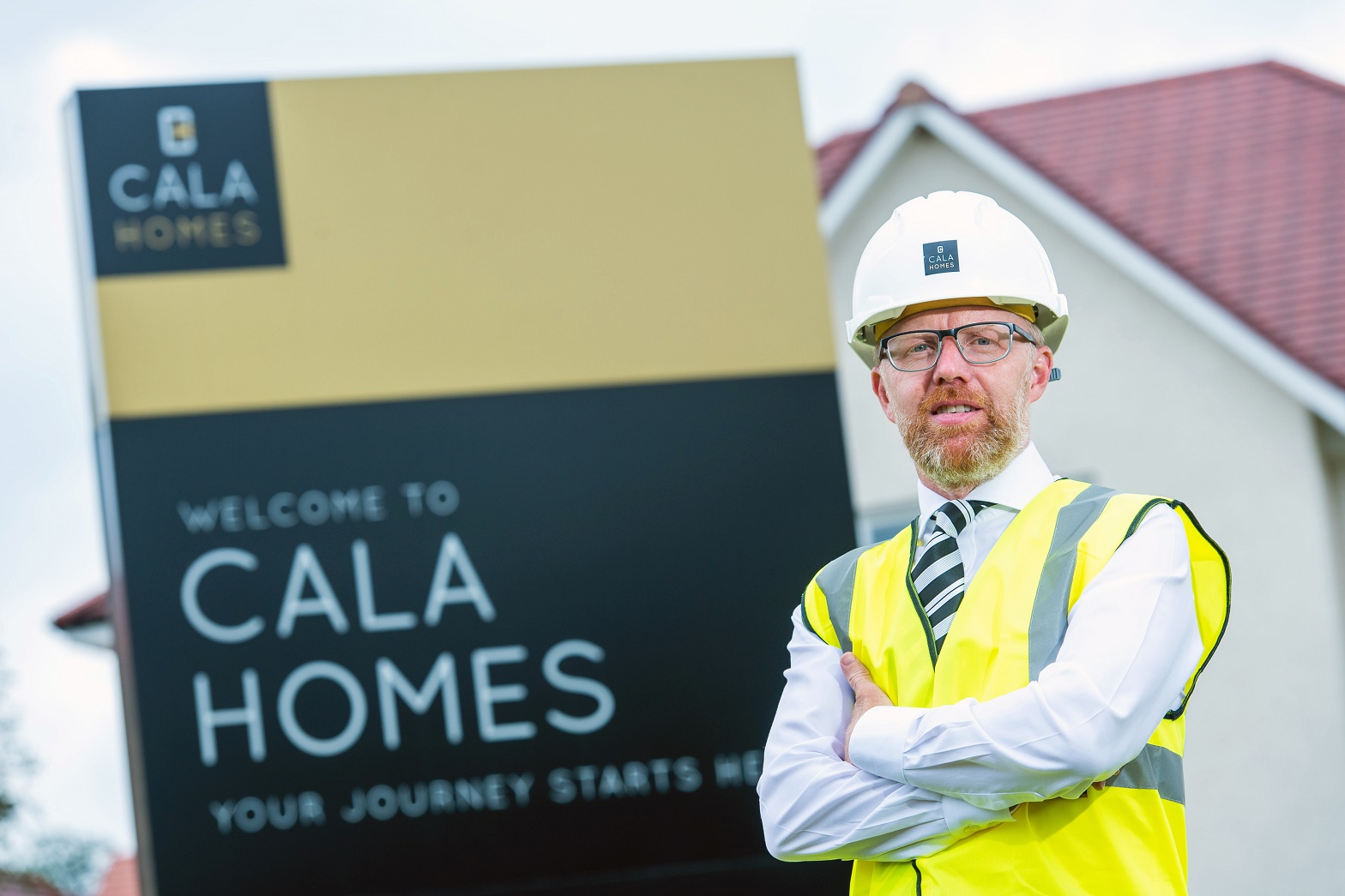 Mark Foley, who oversees the build at The Crescent by CALA Homes (East), is one of four finalists from throughout the UK nominated in the National House Building Council (NHBC) Supreme Awards, taking place at the Park Plaza Hotel, Westminster.

In October last year, Mark and his team won the ‘Multi-Storey Building’ category at the Scottish heat of the NHBC ‘Pride in the Job’ Awards, after impressing a team of inspectors during a series of rigorous and unscheduled visits to the development.

As a result of that success, Edinburgh-native Mark, 49, has the responsibility of representing Scotland. He’s now up against the UK’s best multi-storey projects, with fellow category finalists overseeing high-profile projects in York, Poole and London.

Mark, who is CALA’s most decorated project manager with 13 Pride in the Job awards, alongside nine Seal of Excellences and two regional awards, is delighted to reach the UK finals.

He said: “To be recognised by the NHBC once again is a real privilege and highlight of my career – it is what most site teams strive for.

“While I am the one nominated, I want to make sure that it is appreciated how much of a team effort The Crescent was. I would not have this opportunity at the awards if it was not for the amazing team alongside me.

“Being able to work on sites with this level of architectural design, and seeing the outstanding final result, makes it all the more exciting.

“I was immensely proud to win the regional awards and I can’t wait to see what happens in London.”

The Crescent, for which Mark is responsible, is a bold glass-fronted sweeping arc of apartments located on the grounds of the UNESCO-accredited Playfair Building.

This nomination follows on from further triumph for The Crescent as 2019’s WhatHouse Awards saw it take home the accolade of ‘Best Luxury Development’ and ‘Best Apartment Scheme’.

David McGrath, managing director of CALA Homes (East), said: “It has been an incredible few months for The Crescent.

“Following the success of the development at the WhatHouse awards and with recent strong sales, it would be great to see the team behind its construction excel at the NHBC awards.

“Mark is doing an exceptional job of putting Richard Murphy’s architectural plans to work, with astonishing results. He has the support of everyone at CALA behind him.

“In addition, Mark has a great team around him with Gavin McCann, Bob Gray, Scott Lynes and Roy Ness assisting throughout the process.”

Designed by architect, Richard Murphy OBE, The Crescent mirrors the curve of traditional New Town homes it finds itself nestled amongst.

Tucked into the iconic Donaldson grounds, homes at The Crescent offer the convenience of capital living with an authentic rural feels with expansive views of the Pentland Hills.