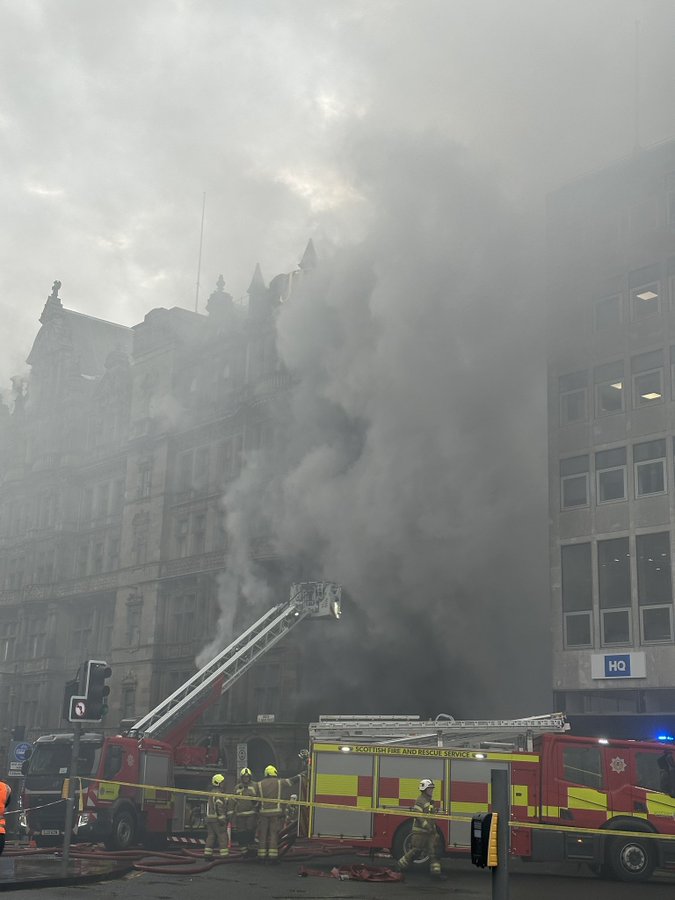 The former Jenners department store in Edinburgh, which is currently undergoing a conversion into a 96-bedroom hotel, caught fire today.

A Scottish Fire and Rescue Service spokesman said it responded to reports of a fire to the rear of the empty building on Rose Street at about 11:29.

No casualties have been reported but at least 10 fire engines are at the scene of the incident, which has closed neighbouring roads.

The fire service said crews found the building well alight when they arrived.

A Scottish Fire and Rescue Service spokesperson said: “We were alerted at 11.29am on Monday, January 23 to reports of a commercial building fire at Rose Street, Edinburgh.

“A further eight appliances, including a high reach, were mobilised and crews remain on scene as they work to extinguish the fire. No casualties have been reported.”

David Chipperfield Architects is behind the transformation of the Category A-listed building into a boutique hotel, together with a bar and restaurant, above overhauled retail areas.

Under the designs, the three-storey, top-lit grand saloon at the heart of the Victorian Renaissance Revival style will be “restored to its former splendour as a unique public space that is integral to both the department store and hotel”.

Backed by Danish retail billionaire Anders Holch Povlsen, the redevelopment focuses on maintaining its historical and architectural significance and contributing to the regeneration of the eastern end of Princes Street.