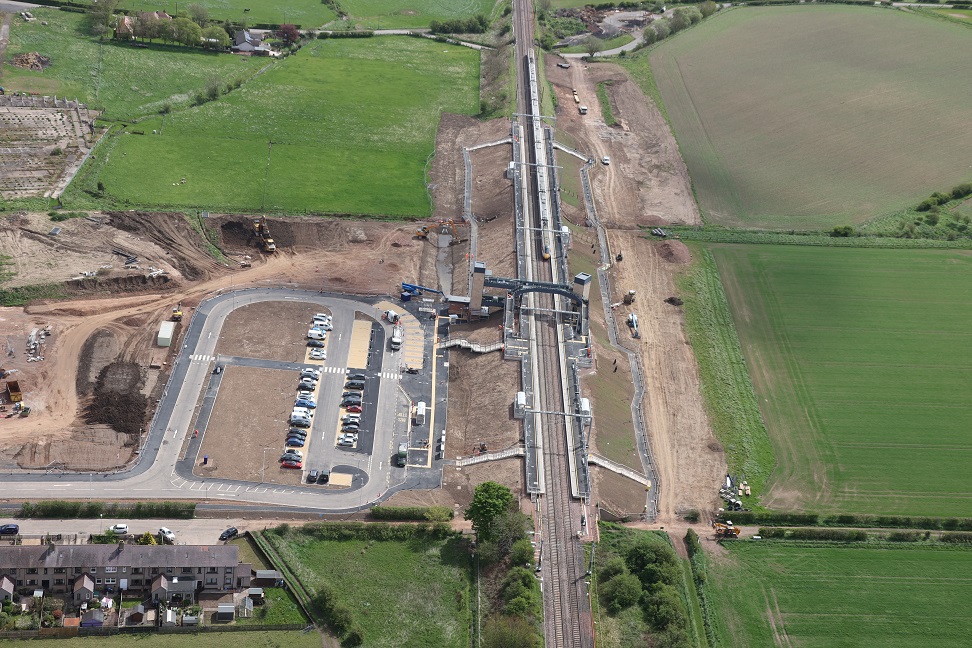 The reconnection of the Berwickshire village to the national rail network follows completion of work to construct the station as part of a £20 million of investment from the Scottish Government to boost the local transport network.

The first passenger service since 1964 – the 05.29 TransPennine Express (TPE) from Edinburgh Waverly called at Reston at 06.16 completing the Village’s return to the railway.

Jenny Gilruth, Scottish Government Minister for Transport travelled to the Scottish Borders village aboard the 09.33 TransPennine Express service to Reston. The train’s arrival was greeted by a piper and Ms Gilruth was met by a party of children from Reston Primary school.

To mark the first day of service, pupils from Reston Primary then travelled to Edinburgh courtesy of TPE to experience travelling by train for the first time from their home station.

Reston will be served by eight trains per weekday in each direction mainly operating between Edinburgh and Newcastle.  Seven services will be offered by TransPennine Express with the other being offered by London North Eastern Railways.

The new station, which sits on the East Coast Mainline, boasts 270m platforms which cater for 10 carriage trains and is fully accessible with step free access from ground level onto platform 1 and across the railway via a footbridge with lifts.

It will serve the village and wider Berwickshire area and will enable easy access to Edinburgh and Newcastle and onwards across the national rail network. As well as improving transport connectivity, it will help transform the economic outlook of the area it will serve. 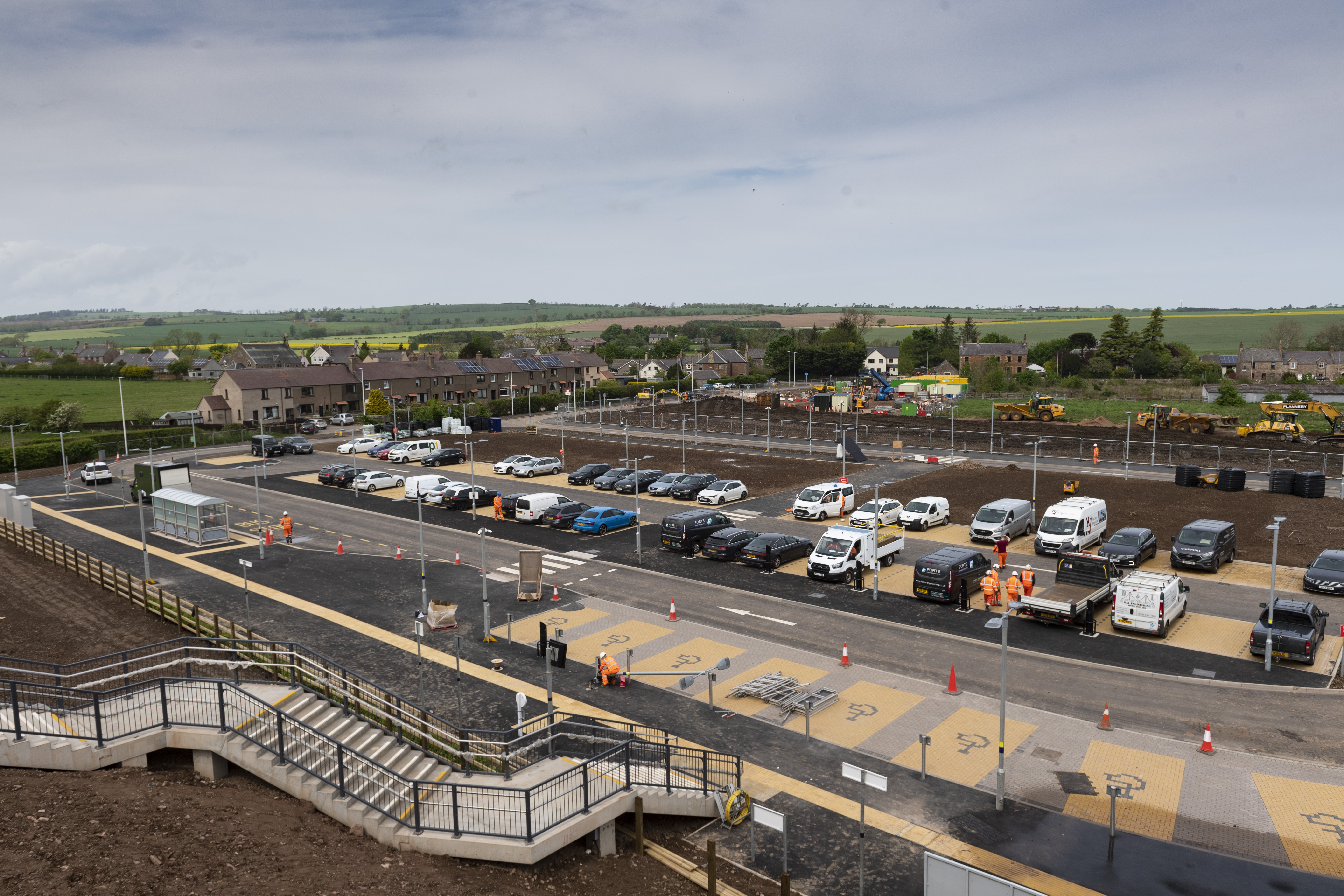 View of the station car park from the platform

Jenny Gilruth, Scottish Government minister for transport, said: “I am delighted that work to construct the new Reston station is now complete ahead of services calling at the station for the first time today.

“Our Programme for Government made a commitment to decarbonising Scotland’s Railway and growth in rail use is an essential part of decarbonising the total transport mix.

“The £20m investment provided by the Scottish Government for Reston station and investment in other new stations is one way to make travelling by rail an easier option and enable more people to choose the sustainable transport option as an alternative to using the car.

“The new Reston station will provide a step-change in provision of public transport in the area and will help transform Reston and the surrounding communities that will benefit from the transport interchange and the improved connectivity it delivers.”

“The opening of the new station at Reston is an exciting development that has the potential to transform life for local people and the communities it will serve.”

“This station will create new social and economic opportunities for people in the Village and in the surrounding area and we look forward to seeing the positive impact the railway will have in years to come.”