The shortlist for the 2021 Andrew Doolan Best Building in Scotland Award has been announced today by the Royal Incorporation of Architects in Scotland (RIAS).

The five buildings now competing for the best building in Scotland accolade demonstrate the range of architectural excellence in Scotland. They include the world’s largest chainmail structure protecting an architectural icon, vital new tourism facilities in western Scotland, and a major redevelopment of Aberdeen Art Gallery. The winner of the Doolan Award will be announced by the RIAS on 30 November.

The 2021 Andrew Doolan Best Building in Scotland Award shortlist is as follows: 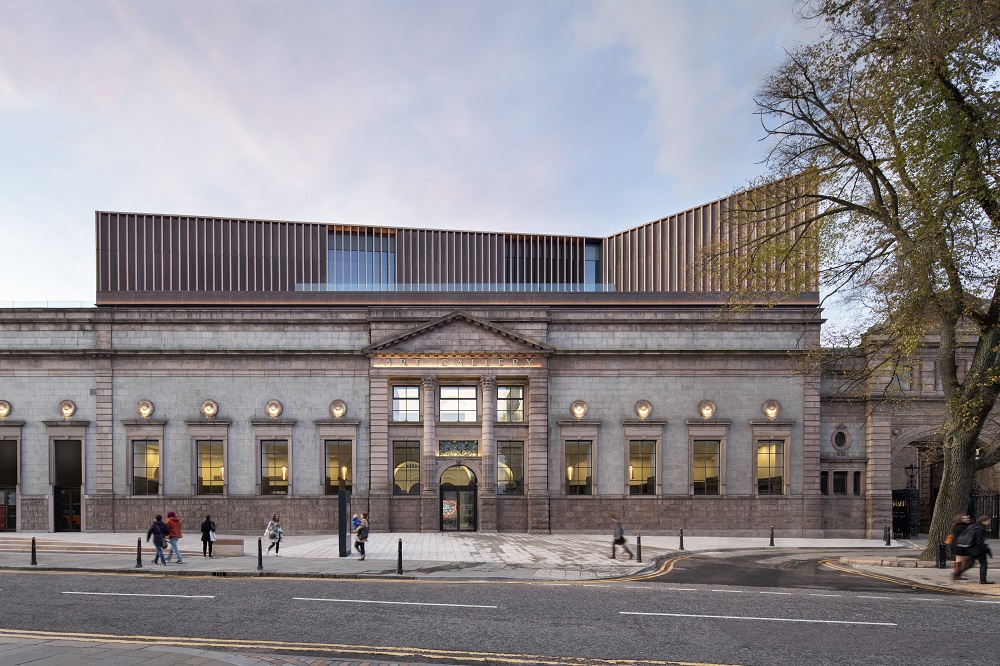 A dramatic copper-clad roof extension signals the complete transformation of Aberdeen Art Gallery, following a decade-long redevelopment project that includes the creation of major new exhibition and education spaces, a complete renewal of servicing and environmental control systems, as well as improved art handling, storage, back of house and study facilities. The special character and grandeur of the Victorian category A listed building is preserved, alongside impressive contemporary interventions. 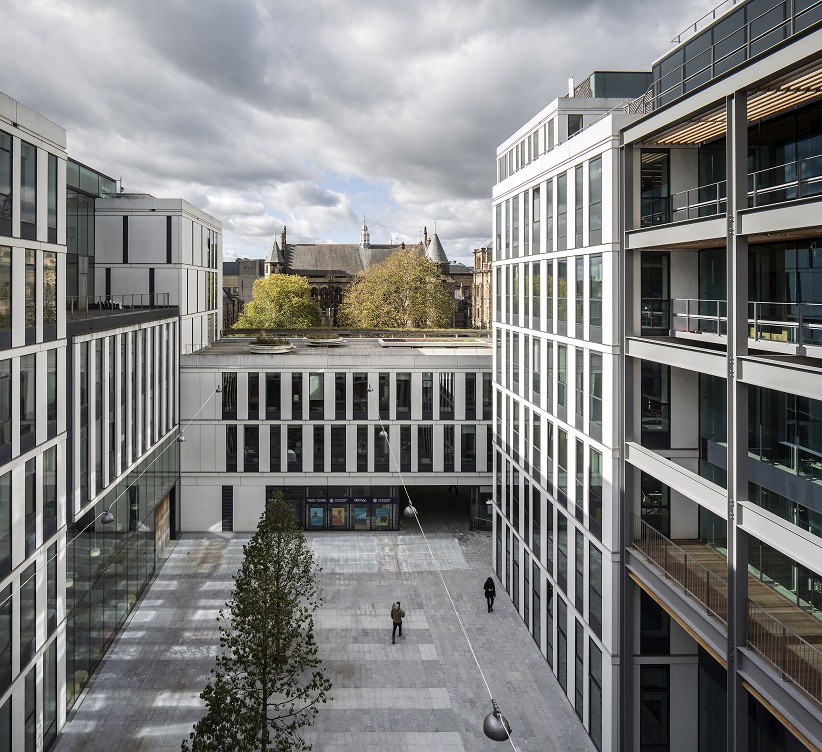 The Bayes Centre is the final element in a major redevelopment programme by Bennetts Associates for the University of Edinburgh, begun in 2003, and is the largest recent development in Edinburgh’s UNESCO World Heritage Site. With Edinburgh now a world-leading location for start-ups and data companies, the Bayes Centre enhances this position through the creation of a business and learning centre, bringing together academics, students and external companies in data technology, robotics, maths and design informatics. Cutting edge activities are housed in a sustainable building that encourages collaborative working. 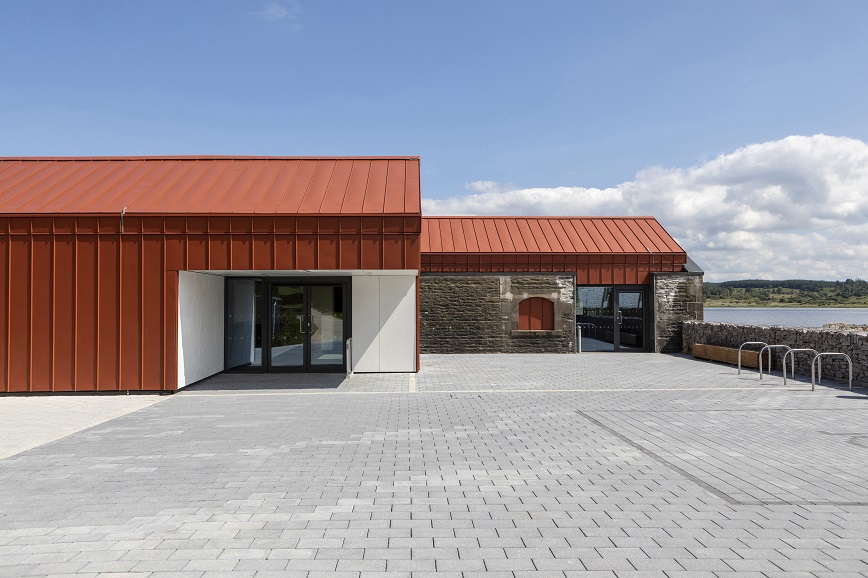 Old and new come together at Ardrishaig, with this impressive regeneration project bringing its harbour back into the body of the village and telling rich stories of the local area and its people. The Egg Shed – an historic building formerly used as transit storage for eggs and dairy in the harbour’s heyday – has been brought back into use by Oliver Chapman Architects alongside a new building, combining robustness of character and extremely careful detailing. Using flood resistant materials, The Egg Shed builds upon Scottish Canals’ existing facilities to allow tourism to flourish. 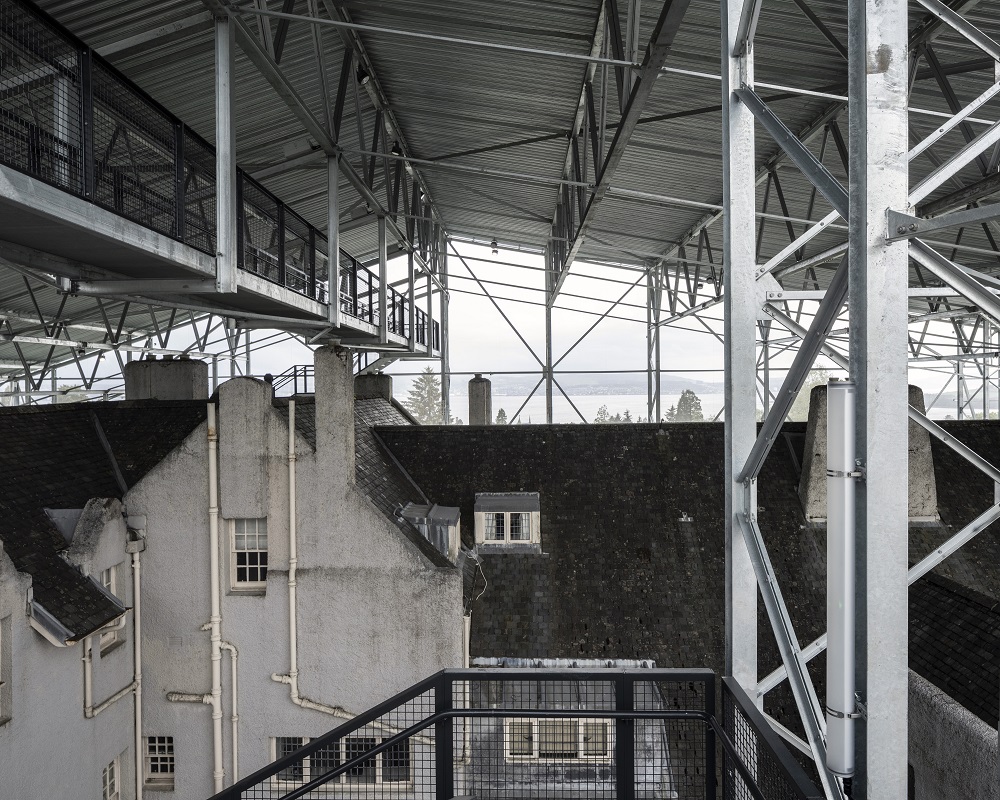 The Hill House is arguably Charles Rennie Mackintosh’s residential masterpiece and one of Scotland’s most acclaimed buildings. In a radical approach to conservation, Carmody Groarke have cloaked the house in the world’s largest chainmail structure, giving the National Trust for Scotland the time and space to address decades of water damage and avoid irreversible destruction. Within The Hill House Box ‘museum’ Mackintosh’s building becomes the exhibit, where high-level walkways and other visitor facilities allow the public to appreciate the building and see conservation work up close. 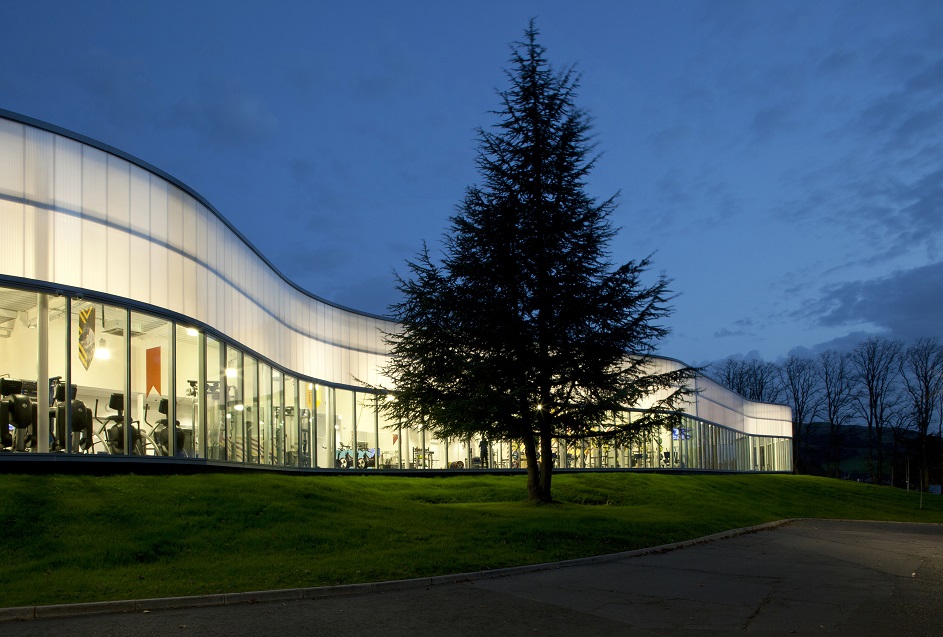 The RIAS Doolan Award was established in 2002, with a mission to find and celebrate the best building in Scotland each year. All types of architectural projects in Scotland are eligible, including new-build, regeneration, restoration, extensions and interiors. Buildings are assessed by an expert jury who look at each project’s architectural integrity, usability and context, delivery and execution, and sustainability. The shortlist is drawn from the winners of the 2021 RIAS Awards, which were announced earlier in September.

The award is named in memory of its founder and patron, the inspired architect/developer Andy Doolan, who died in 2004. The architects of the winning building receive the RIAS Gold Medal and a cash prize, making this one of the most significant architecture awards in the world. The award would not exist without Andy Doolan’s extraordinary generosity and vision, and his family have kindly continued their support. The Scottish Government also generously supports the award.

RIAS president Christina Gaiger PRIAS said: “Community, culture and innovation sit at the heart of the 2021 Doolan Award shortlist, with projects spread across Scotland and demonstrating the dynamism and responsiveness of Scottish architecture today. They showcase an exemplary approach to passive environmental control, a progressive design for deconstruction, the use of post-occupancy data to improve design, and placing end user and local community needs at the centre of the brief.

“Taking a step back, the awards act as a mark in time, with buildings likely commissioned several years ago showcasing carbon-conscious approaches. We should of course all stop to celebrate these exceptional buildings but at the same time consider those timeframes and the changes which need to be implemented now to deliver on our future carbon targets. Therefore, the celebration of these projects is also a call to action, and a reminder of the critical role that architects and the built environment play in tackling the climate emergency.”