Fixed link across Irish Sea ‘dead’ in the water

A plan to build a £15 billion bridge or tunnel between Scotland and Northern Ireland appears to have fallen victim to a curb on spending by the Treasury. 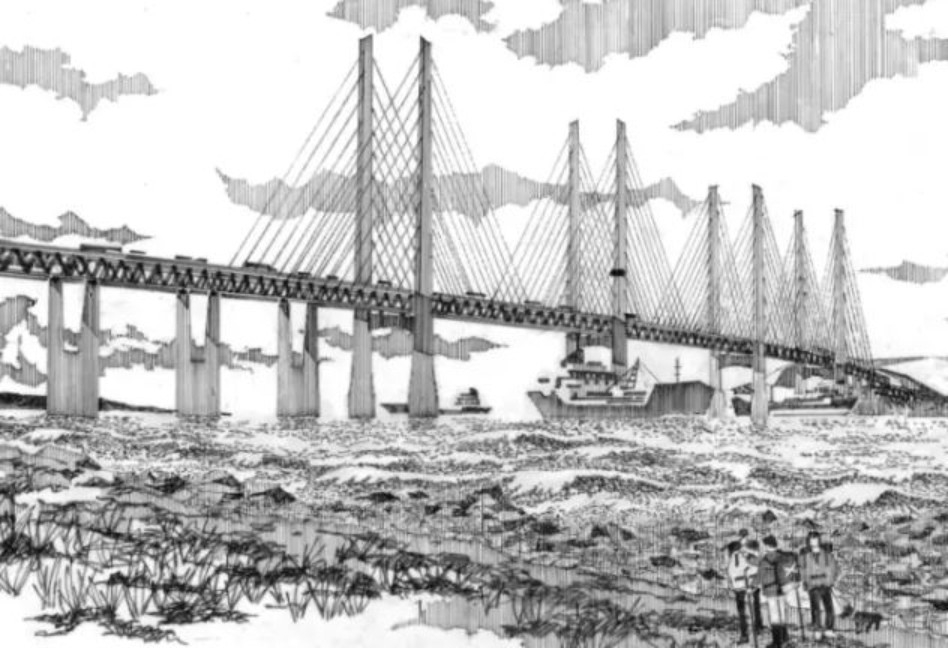 How a bridge from Scotland to Northern Ireland could look

Described as “the world’s most stupid tunnel”, the proposed link is “dead, at least for now”, a government official has told the Financial Times.

Prime Minister Boris Johnson had wanted to build a link between the two countries to strengthen ties after the upheavals caused by Brexit and ordered a review into the proposals earlier this year.

Sir Peter Hendy, the chairman of Network Rail, reported that a bridge would have to cross the storm-lashed North Channel while a tunnel would have to navigate a wartime munitions dump in Beaufort’s Dyke.

Back in July, Mr Johnson’s former adviser Dominic Cummings said: “The prime minister’s only agenda is to buy more trains, buy more buses, have more bikes and build the world’s most stupid tunnel to Ireland.”