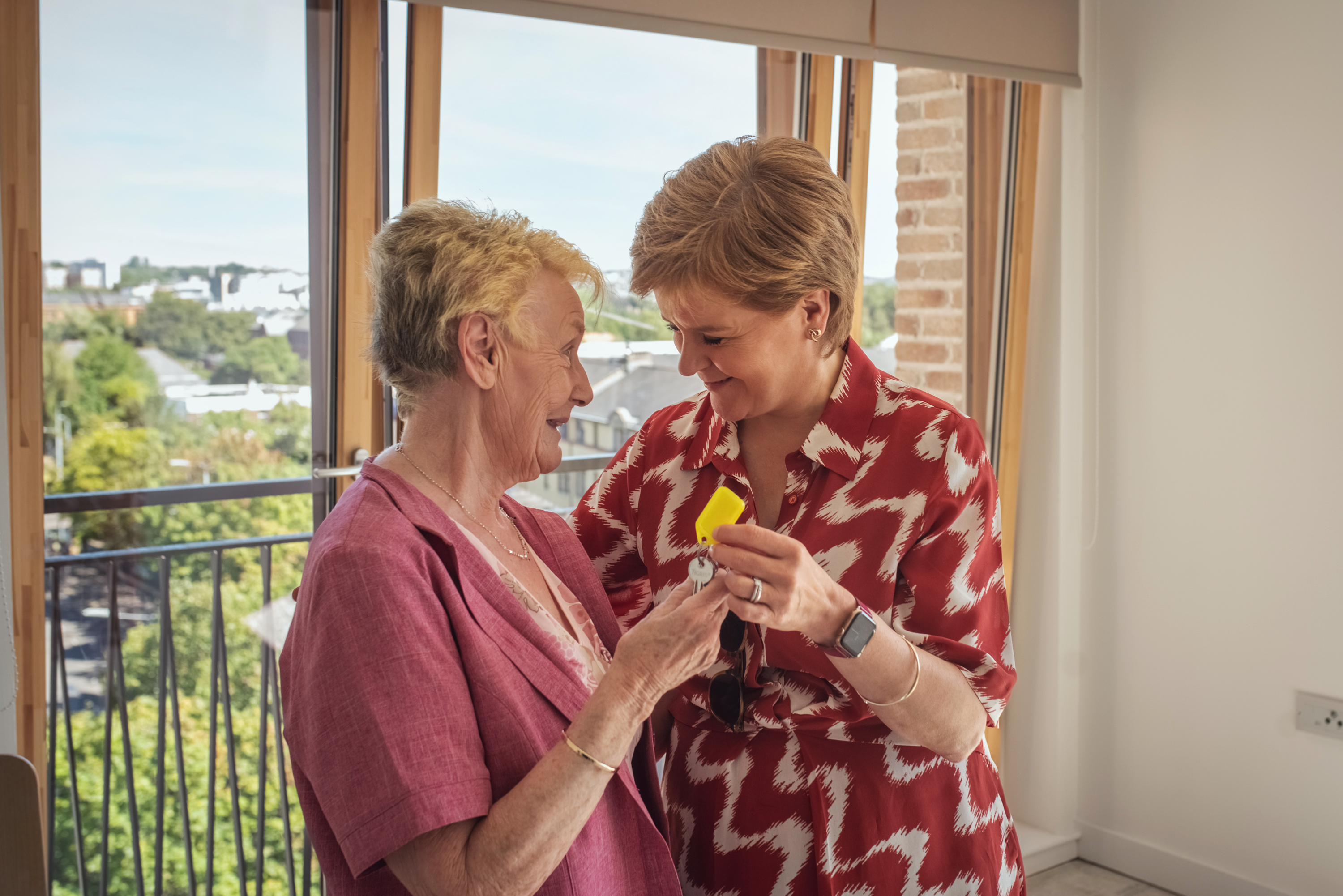 The final building in the Crown Street Regeneration Project was officially opened by Nicola Sturgeon, First Minister of Scotland and MSP for Glasgow Southside, on Friday 12th August.

Developed by New Gorbals Housing Association, North Gate is located at the junction of Laurieston Road and Crown Street and forms a new gateway to the Gorbals. The official opening of the building marks the completion of the Crown Street regeneration project which began in 1990.

Standing at seven storeys tall, North Gate has 31 dwellings that are a mixture of one and two-bedroom flats, with a large common facility on the ground floor for the use of the weather and also the wider community. The building’s dramatic north-facing elevation makes a grand entrance to a regenerated Gorbals, and it provides a robust street frontage to Crown Street, reinforcing its urban character.

Nicola Sturgeon, MSP for Glasgow Southside, said: “This is amongst the highest quality flatted accommodation I have ever been in, whether that’s socially rented or privately owned. This building is absolutely stunning and is a real credit to everybody involved in the project.

“This is about completing a community and it is fantastic to be here to celebrate this occasion.”

The First Minister officially opened the building by unveiling a plaque in the building’s common room facility, and also handed over the keys to the first resident of North Gate, Ann Vezza.

Mrs Vezza is a current New Gorbals Housing Association tenant, who benefits from Living Well and Carr Gomm support services, which will continue to be provided at North Gate. 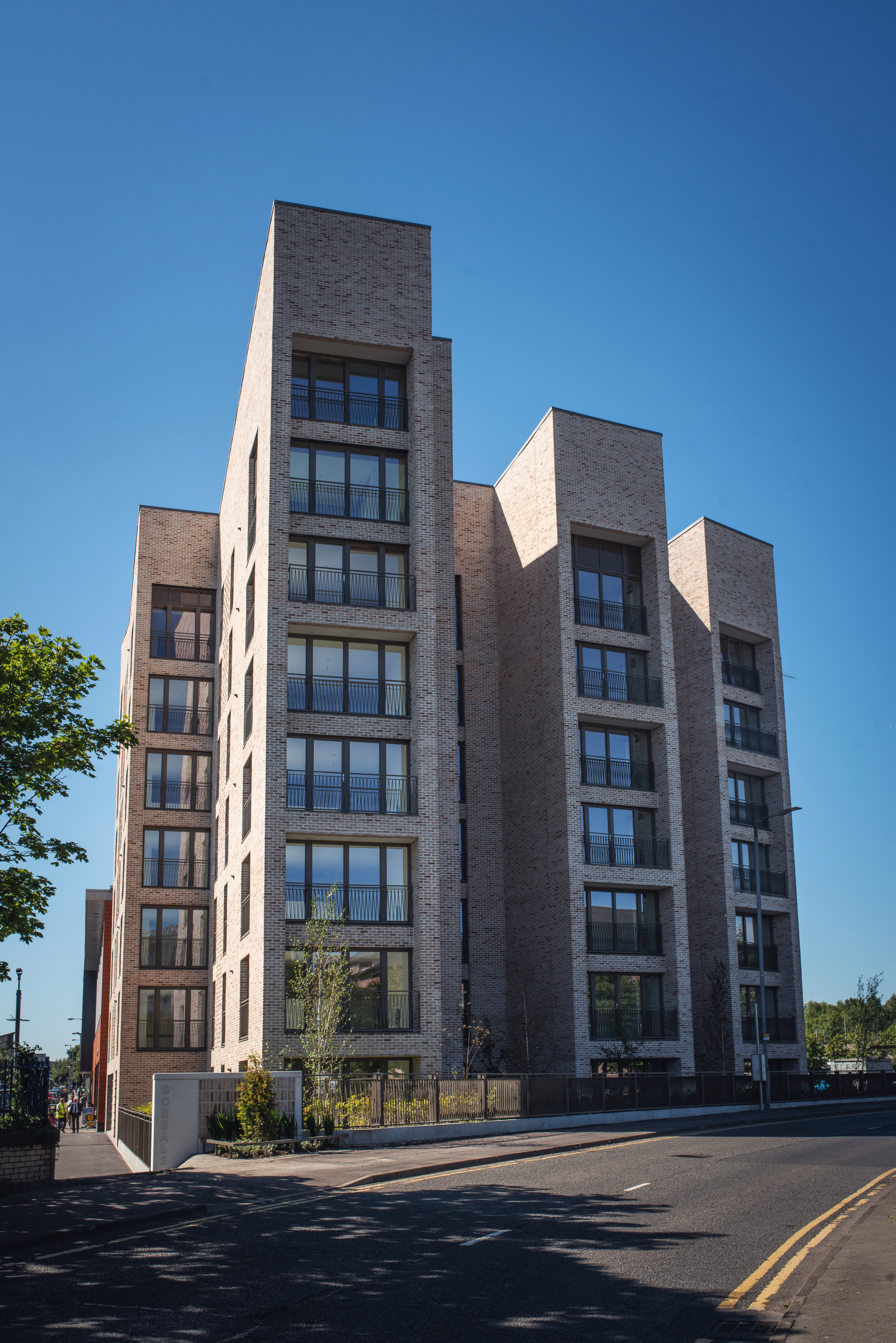 The North Gate development is aimed at providing high quality housing for residents who would benefit from the close proximity of the local amenities on Crown Street. Due to the location, and the specification of the build, the new homes will be well-suited to older residents and those who use wheelchairs.

The homes are easily adapted for people with mobility difficulties and three of the flats have been specially designed for wheelchair users. North Gate homes are also highly energy efficient. They are extremely well insulated, and make use of both solar voltaic panels, to generate electricity, and mechanical ventilation with heat recovery to ensure heat is not wasted.

“Our management committee are involved in all stages of new-build design and planning and it is testament to the staying power and impact of community controlled housing that, after more than 30 years of multi-agency partnership working, we are able to celebrate the completion of the Crown Street regeneration project today.

“As the Association looks forward to welcoming tenants to their new homes, we are continuing to drive forward proposals to provide high-quality socially rented housing through future projects in Hutchesontown and Laurieston.”

Many of the tenants in the North Gate building, including first resident Mrs Vezza, will be relocated from the high-rise buildings on Caledonia Road, which have been earmarked for demolition. North Gate was designed by Page\Park architects and was built by CCG (Scotland) Ltd.