Shepherd Chartered Surveyors has brought to market a landmark building on Glasgow’s iconic Royal Exchange Square for sale as a prime investment opportunity. 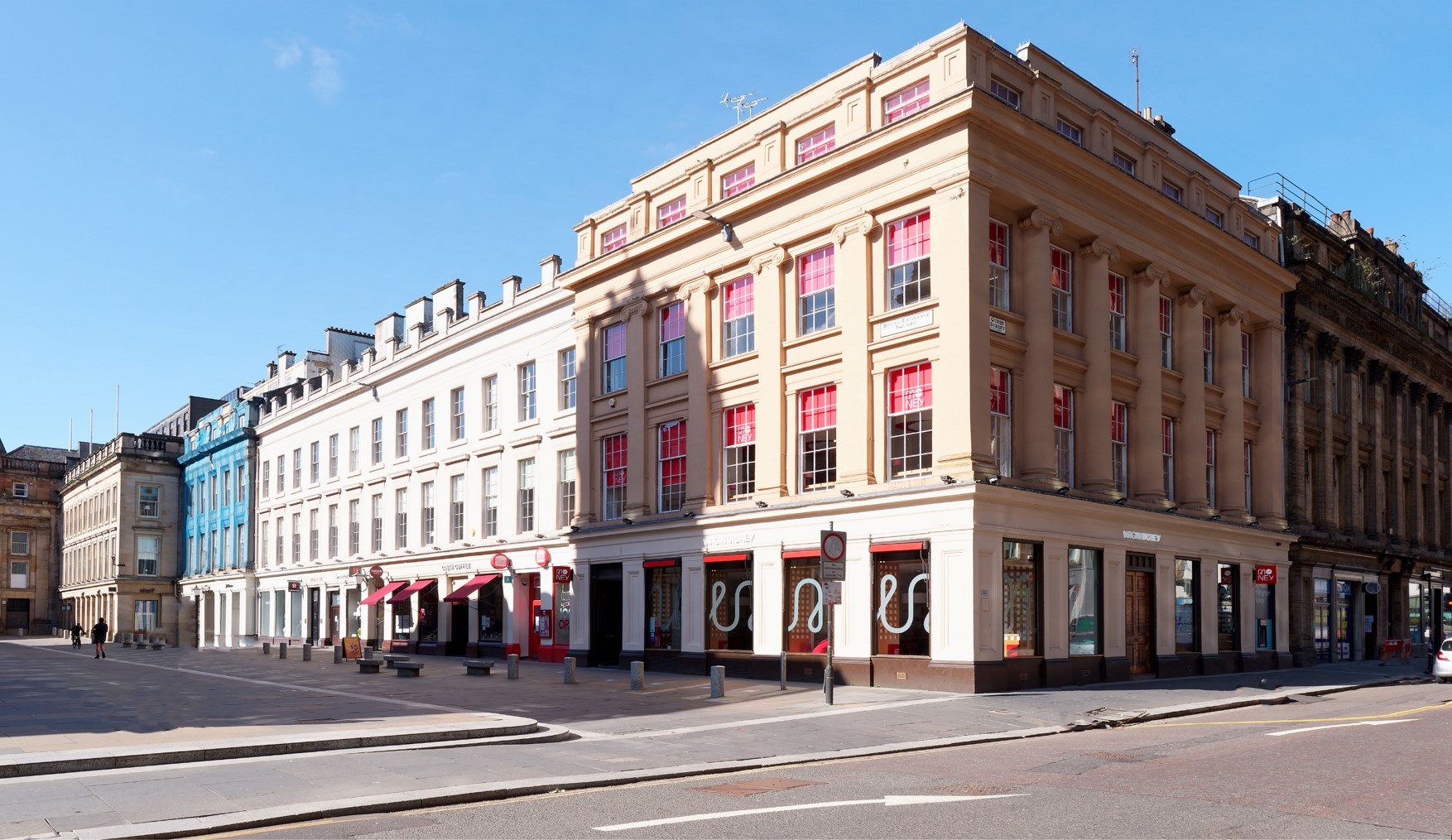 The A-listed former GSPC building on the corner of Royal Exchange Square and Queen Street, is the flagship Scottish store of Virgin Money.

Royal Exchange Square, widely considered a landmark due to its distinguished architecture which attracts many visitors, lies between Buchanan Street and Queen Street, opening out at the junction of Queen Street with Ingram Street to the south of George Square.

It is easily accessible from Buchanan Street on the west side of the square, through two prominent archways at Royal Bank Place.

Steve Barnett, managing partner at Shepherd, said: “The highly prominent traditional stone building at 2-4 Royal Exchange Square / 143-145 Queen Street offers approximately 11,400sq ft over five levels and sits alongside the city’s acknowledged prime office building developments and just around the corner from the considerable redevelopment of Glasgow Queen Street station, which has been of such benefit to the city centre.

“Virgin Money undertook an extensive refurbishment of the building’s interior while the landlord invested in extensive repairs to the exterior to bring the building up to modern occupier standards. Consequently, the building now offers a prime investment opportunity.”

Virgin recently demonstrated its wider commitment to the city through its agreement to sign a long-term lease on its new Head Office at 177 Bothwell Street. Furthermore, Virgin recently announced that it is to open a new Virgin Hotel in 2022 on Clyde Street, a short distance to the south of the Virgin Money store and overlooking the River Clyde.