Councillors have given their approval for a new student accommodation block in Glasgow city centre following a hearing into the plans. 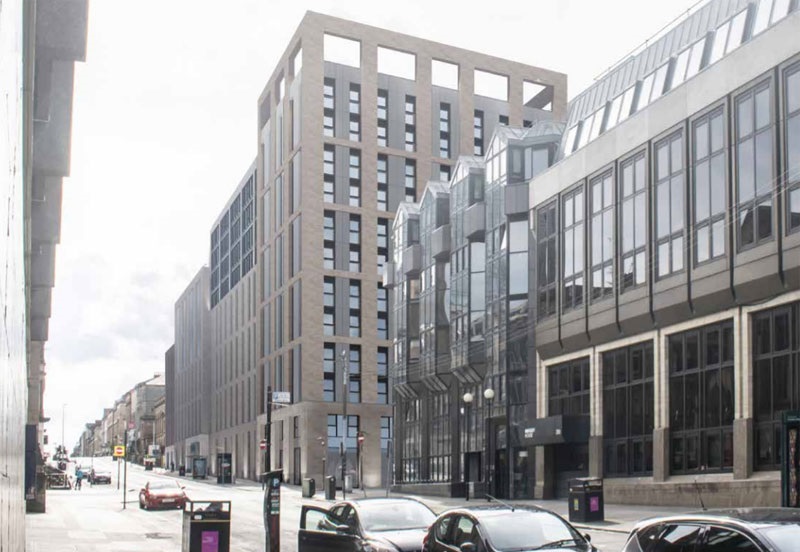 Documents submitted to Glasgow City Council revealed that the rooms would come in various configurations, supported by “excellent internal and external amenities”.

Planning officials had recommended approval be given for the build but the city’s planning applications committee opted to hold a hearing into the proposal to give those who support or oppose the application the opportunity to state their case to the committee.

A report by planning department staff stated: “The proposed development would repurpose the street block bounded by Bath Street, Pitt Street, Bath Lane and Holland Street, allowing a modern intervention and a positive contribution to the city centre in terms of use and design.

“Whilst acknowledgement is given to the existence of neighbouring student accommodation, the changing nature of this area with high density residential development, coupled with the facilities and services available within the city centre, mean this proposal shall not have an adverse impact upon the existing community, in fact such a use shall positively contribute to the vibrancy that underpins the city centre.” 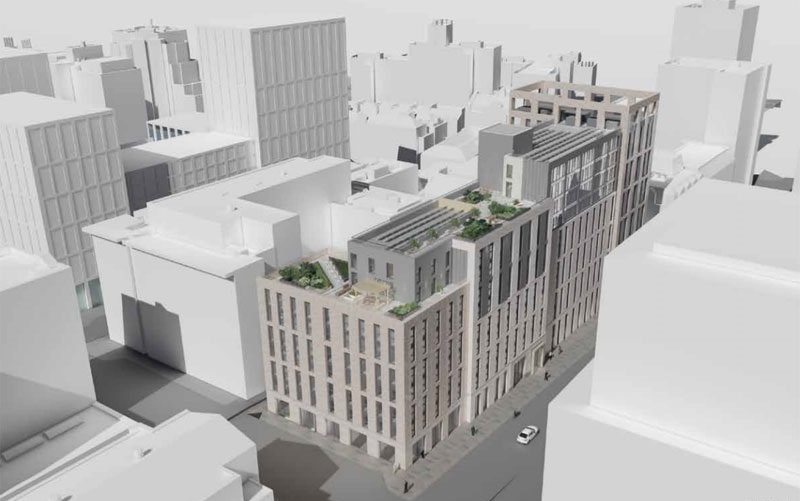 The report added: “Whilst it is acknowledged the application site is within the Principal Office Area, the application details difficulties in letting the building and it is currently largely unlet.

“This is influenced by a transition of office activity away the northern section of the Principal Office Area, south towards the Central Business District and the IFSD [International Financial Services District], where buildings offer more effective, flexible floor plates, greater sustainability in terms of energy efficiency and cost-effectiveness.

“Since 2016 only one letting has been secured in the building. The building floor plates are 14,500sq ft but do not connect, resulting in c7,000sq ft suites for which there is limited demand in the city centre.

“The existing building has constraints to effective office use or adaptation to alternative uses, which include the buildings’ irregular form and inefficient floor depth, staggered around the central core, while the floor-to-ceiling height presents a challenge to incorporate energy efficient and mechanical and electrical solutions.

“The existing elevations are comprised of a continuous ribbon window system alternating with facing brick. The applicant advises this construction presents envelope inefficiencies, making the building unsustainable to operate. The windows require to be replaced and the brickwork potentially requires replaced or overclad.

“A further negative aspect of the existing building is the poor relationship with the footway, creating an uneasy relationship for pedestrians. Given the extent of the change in levels, creating a stepped ground floor, combined with limited ground floor to floor heights, the applicant considers the building could not be adapted to provide effective ground floor leisure or retail space.

“These challenges preclude the conversion of the building to student accommodation given the applicant’s requirements to provide a specific range and quality of sustainable accommodation and amenity space, that cannot be accommodated within the existing building configuration.”

Addressing the concentration of student accommodation in the area, officials stated the site is in the north west city centre zone where there are a total of 784 student beds. This would rise to 1,335, which they did not consider “harmful to the maintenance of the city centre community but would make a positive contribution in a variety of ways”.