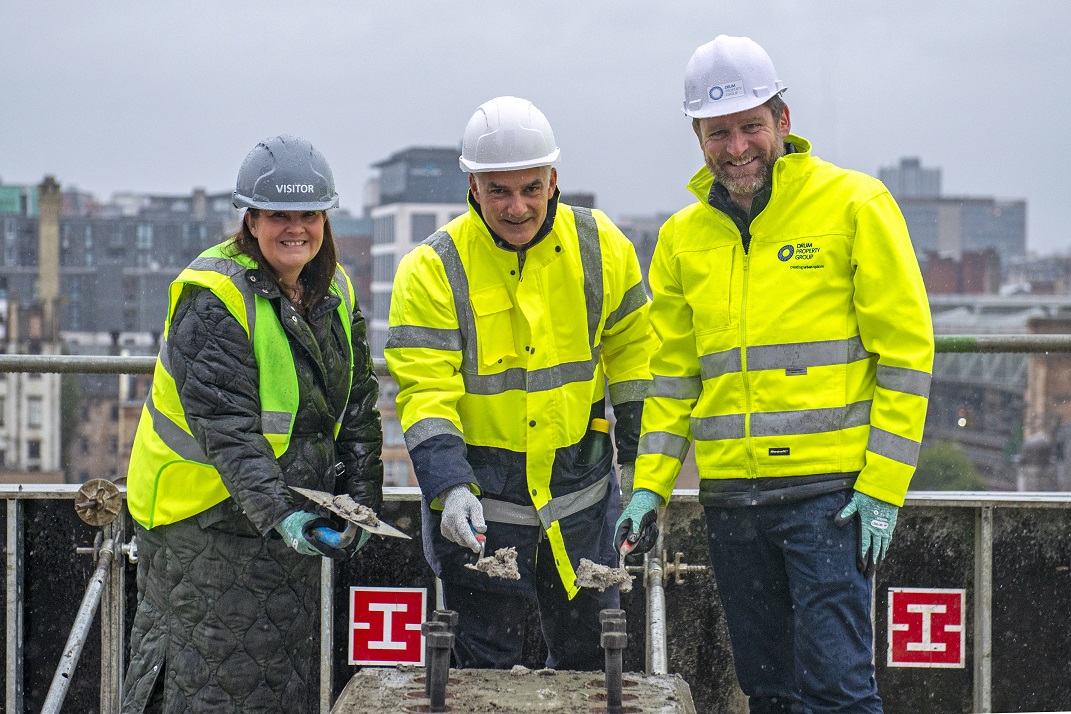 Drum Property Group’s £500 million regeneration of Buchanan Wharf on Glasgow’s Clydeside has reached another significant development milestone with the completion of structural work for its final building phase.

Construction of the new six-storey office headquarters for the Student Loans Company (SLC) has now reached its highest point, with the 75,000 sq ft building set for occupation in 2023.

Drum first announced the deal to bring SLC to the site in September 2021, which will accommodate up to 1,100 staff at the purpose-built complex as part of a 20-year deal. The build was subsequently forward funded by Legal & General Investment Management Real Assets, with construction starting in December 2021.

The completion of the SLC building represents the final piece in the jigsaw for the Buchanan Wharf site, one of Scotland’s largest ever development projects. The site is already home to Barclay’s state-of-the-art Northern European campus HQ, together with an 18-storey, 324-apartment residential complex for Legal & General which completes later this year. The site will also provide a mix of local amenities and landscaped public spaces.

Senior representatives from Drum, SLC, Legal & General and building contractor Graham Construction gathered to mark the occasion with a traditional ‘Topping Out’ ceremony celebrating the last concrete pour on the highest part of the building.

Graeme Bone, group managing director at Drum Property Group, said: “We are now witnessing Buchanan Wharf’s true scope and potential being delivered before us. In less than four years, and during challenging times, our exciting development vision has now been fully realised.

“The topping out ceremony is both a celebration of a superb building, and a fitting testament to the confidence, commitment and resilience shown by Drum and all its development partners in finally delivering the wider Buchanan Wharf - one of Scotland’s most important commercial and residential projects. We are proud to be bringing new investment, energy and excitement to Glasgow’s city centre, placing the River Clyde once again at the heart of the city’s economic, social and cultural renaissance.”

The SLC building supports the organisation’s ambition to become a more modern, responsive and sustainable organisation as part of its multi-year transformation programme to deliver an outstanding customer experience through the use of new technology. 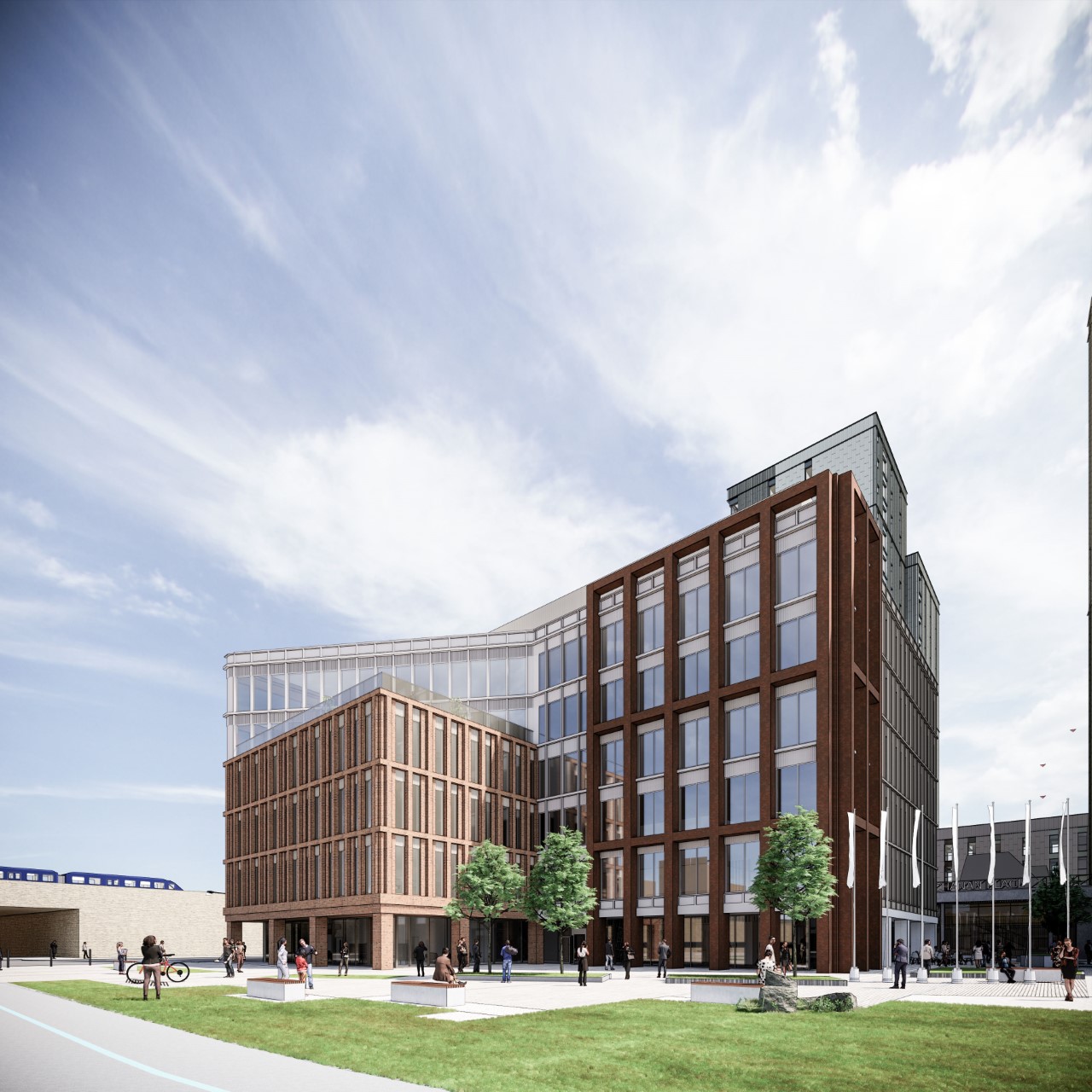 Stephen Campbell, chief information officer for the Student Loans Company, said: “The Buchanan Wharf development has transformed the landscape of the city centre, and the River Clyde, providing a prominent, state-of-the-art campus. We are thrilled that the structural work of our building is now complete, which has marked a vital milestone of this project.

“We are now working more flexibly, spending time in the office and at home. This helps us harness the value of co-location – the social interaction, team connection, rich collaboration, enhanced quality of learning and sense of belonging we get from time spent in the office as well as the quiet focus and balance we get from working at home. We are creating an office experience, with the help of our colleagues, which encourages and facilitates collaboration as well as supports future ways of working. It will also allow us to continue to improve our customer experience to our eight million customers across the UK.”

Neil Dovey, head of annuity transaction for LGIM Real Assets, added: “We are pleased to see the building develop at pace and look forward to its completion next year. Buchanan Wharf is a scheme of the highest quality and this new building will sit alongside our Build to Rent scheme which opened last month.

“The investment demonstrates our continued commitment to the regions, levelling up and the growing strength of regional hubs across the UK. Our Inclusive Capitalism purpose means we are uniquely positioned to deliver some of the UK’s most strategically important city centre and urban regeneration schemes that are fast transforming and reshaping Britain’s landscape, bringing jobs and services back into the centre of cities.”