Grampian Housing Association has won an appeal to build affordable houses on the site of a Victorian school in a Royal Deeside community.

The application to build 26 affordable houses at the C-listed Old School site in Ballater was initially rejected amid concerns over a lack of amenities and road safety.

But an appeal was then lodged with the Scottish Government which has overturned the decision.

Now the main school building, which dates back to 1877, will be turned into 12 houses, with three new houses and 11 flats being built alongside it. 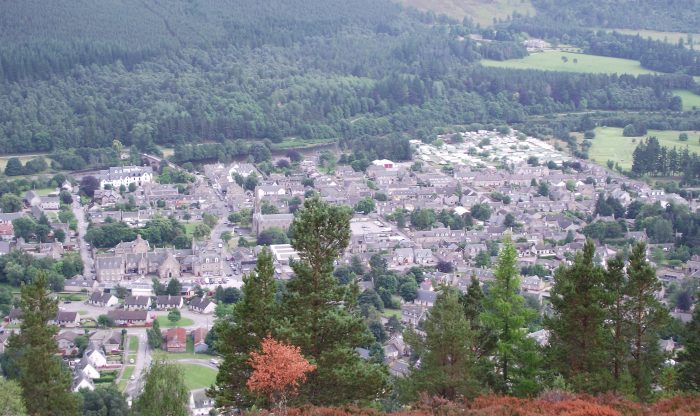 The application had been called in by the Cairngorms National Park Authority as it was deemed to be of major significance, but was rejected in May this year despite a recommendation from planning officers to approve it. Concerns arose regarding the density of properties on the site, lack of amenities and road safety.

However, Scottish Government reporter Chris Norman granted the conditional appeal after concluding that there were “no material considerations” in refusing permission.

Certain landscaping, lighting and refuse collection requirements will have to be met. In addition, tree, swift and bat protection plans must also be approved before any building can start.

The decision was not welcomed by Ballater and Crathie community council which said the development does not address the need for affordable homes for local people.

Chairman Jim Anderson said: “It’s not the outcome we were hoping for but we need to look forward and try and get something that suits everyone.

“We launched our CAP (Community Action Plan) earlier this year and the number one priority is affordable housing for those currently living in Ballater. Unfortunately, this development does not address that, as only people wishing to move to Ballater will benefit.”

“We are pleased that planning permission has been granted, as this will not only provide much needed affordable housing for those living in Ballater and the surrounding area but will also bring back into use a listed building which has been empty for many years.”

The school on Abergeldie Road was used by local youngsters until the 1960s when they were transferred to a more modern school.

It then served as an outdoor centre for a number of years, but has remained unoccupied since the 1990s.

Designed by Ian Rodger Architects, the project’s construction will be led by Robertson Group.

The first residents are expected to move into the new development in late 2019 or early 2020.