The £26 million regeneration of Fraser Avenue in Inverkeithing, that will include 189 new affordable homes in a village-style development, has been approved and demolition work could begin later this year.

The new homes will be a mixture of cottage flats, family houses and single storey cottages for households with particular needs.

Over the next few months more detailed information will be submitted to the planners to obtain full approval to proceed.

Bill Banks, chief executive at Kingdom Housing Association, said: “The confirmation of Planning Permission in Principle is a major milestone point for the regeneration project and delivery of a more attractive, safer place to live.

“We are pleased that the planning authorities have confirmed support for the development proposals which reflect community feedback obtained from a series of consultation events. I would like to thank all members of the community who have helped us produce the new plans for the area.”

While the planning application was considered Kingdom continued to work on detailed design work including development of bespoke floor plans and a highly energy efficient specification for the new homes supported by the appointment of specialist Sustainability Consultancy, Carbon Futures.

Councillor Judy Hamilton, executive spokesperson for housing and building services, said: “I am delighted with this decision as well as the progress being made on the South East Inverkeithing Regeneration project.

“The new homes will be the first affordable housing completed in Inverkeithing since 2010 and this will undoubtedly contribute towards the regeneration of Fraser Avenue as well as providing more much needed housing for the area.”

John Mills, head of housing, said demolition was likely to start in September or December and explained: “The timescale for demolition depends on the council’s ability to relocate tenants within and outwith Fraser Avenue and on the outcome of asbestos and ecology surveys.”

Work on demolition, ecology surveys and liaison with tenants on temporary and permanent accommodation options is well progressed.

The overall project is to complete in 2021 at a cost of around £26m. The project will be financed through the Scottish Government, Fife Council and Kingdom Housing Association among other funders. 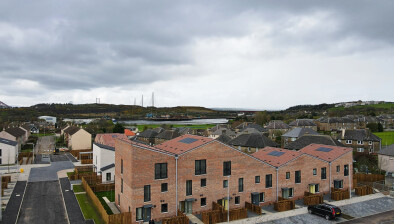 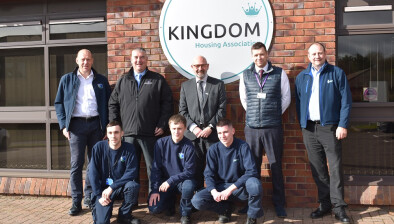