Queen’s Park Football Club’s plans for a 1,700-seater stadium at Lesser Hampden in Glasgow have been granted planning permission. 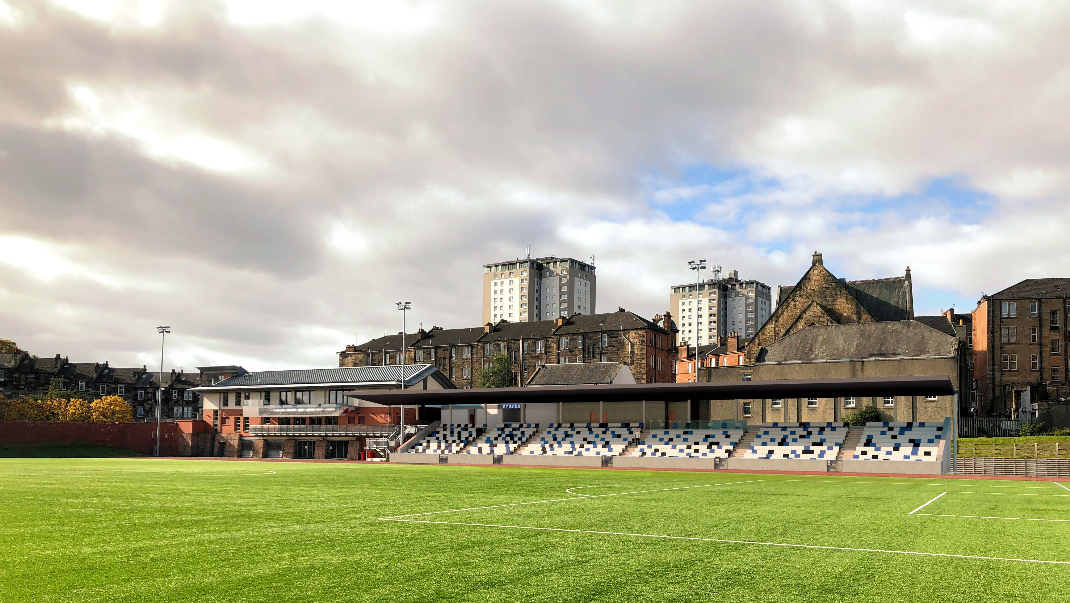 The site adjacent to Hampden Park will now be upgraded to a league-standard stadium complete with a new 812-capacity East Stand and an extended West Stand with room for 900 spectators. The changes will increase the capacity from around 470 to 1774.

Refurbishment will also be carried out around the existing Farmhouse and Byre buildings, upgrading current changing rooms.

The club, which recently voted to end their amateur status, has been using the national stadium as a venue for games but Hampden Park will be owned by the Scottish Football Association from July 2020. 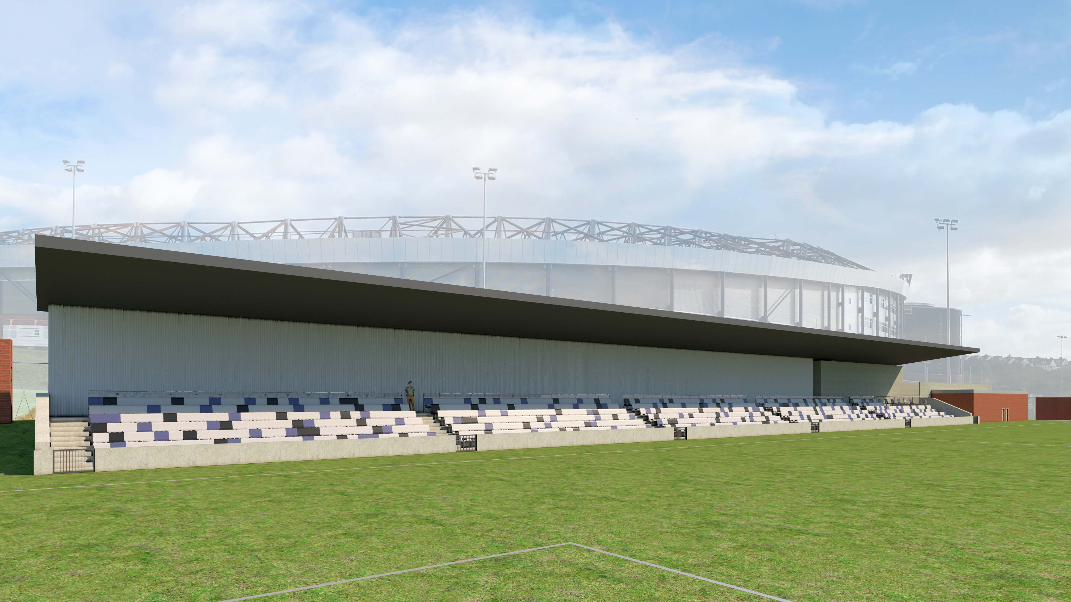 The view from the pitch towards the East Stand

A statement submitted with the application explains: “Queen’s Park will no longer be able to play their 1st XI competitive matches at the National Stadium.

“The club therefore plan to renovate Lesser Hampden to a licensed stadium able to host competitive League and Cup matches.”