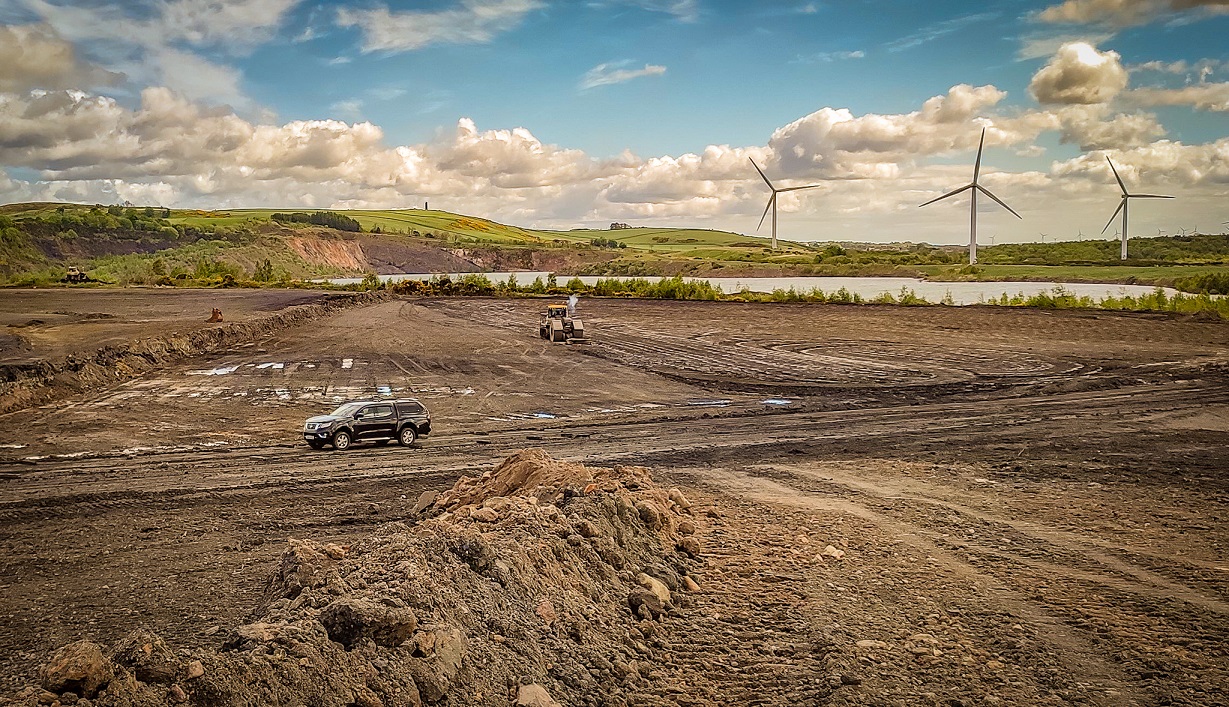 Hargreaves Land has committed to the next phase of the regeneration of its Westfield site, moving ahead with investment in major infrastructure works including roads, utilities and remediation work that will bring forward 45 acres of land for development.

The move follows the news that Brockwell Energy is set to build a new Energy Recovery Facility (ERF) plant at Westfield. The plant will utilise over 200,000 tonnes of waste previously destined for landfill into electricity and heat for high-energy business users with the remainder feeding into the grid network.

An estimated 400 jobs will be created during the ERF’s construction phase, which will follow on from the initial infrastructure work which started in February 2022. This will be followed by a further 40 full-time operational roles when the facility comes on stream in 2025.

Brockwell is also developing a 30 MW solar array on 80 acres of land at Westfield that will feed into a battery storage facility, while a deal has been agreed with an associated company on a neighbouring plot, who will recycle the ERF’s by-products into usable aggregates including ferrous and nonferrous metals.

Following these deals, Hargreaves Land appointed contractor I & H Brown to carry out the infrastructure works, which commenced in March.

Philip Rayson, regional director at Hargreaves Land, said: “The phase 1 infrastructure investment is part of our long-term plan for the regeneration of this former coal mine and follows hard on the heels of Brockwell Energy’s commitment to build its new ERF plant and create hundreds of new jobs.

“We are moving further ahead with site regeneration and seeing a lot of interest from companies looking to take advantage of one of the largest brownfield sites in Scotland, which is seen as critical to supporting the government’s future sustainability agenda.”

There are currently several development plots ranging from 2 to 25 acres available at Westfield with the opportunities within the second phase of regeneration expected to deliver an additional 60 acres of plots in the future. Joint agents Neil McAllister of Ryden and Andrew McCracken of JLL have been appointed to market the site on behalf of Hargreaves Land.

Pamela Stevenson, service manager working within Economic Development, Business & Employability at Fife Council, said: “This latest investment by Hargreaves Land is another step towards achieving a substantial transformation of Westfield near Kinglassie. This development is one of Fife’s most ambitious investment projects, which will create employment opportunities now and, in the future, whilst supporting the local community and economy.

“This latest phase of the project is attracting attention from businesses seeking to relocate to Westfield. We will continue to work closely with Hargreaves Land to support those interested businesses through our inward investment offering, InvestFife, and help make these visions a reality.”