A new nursery building at Ardgour Primary School has been completed and handed over to the school. 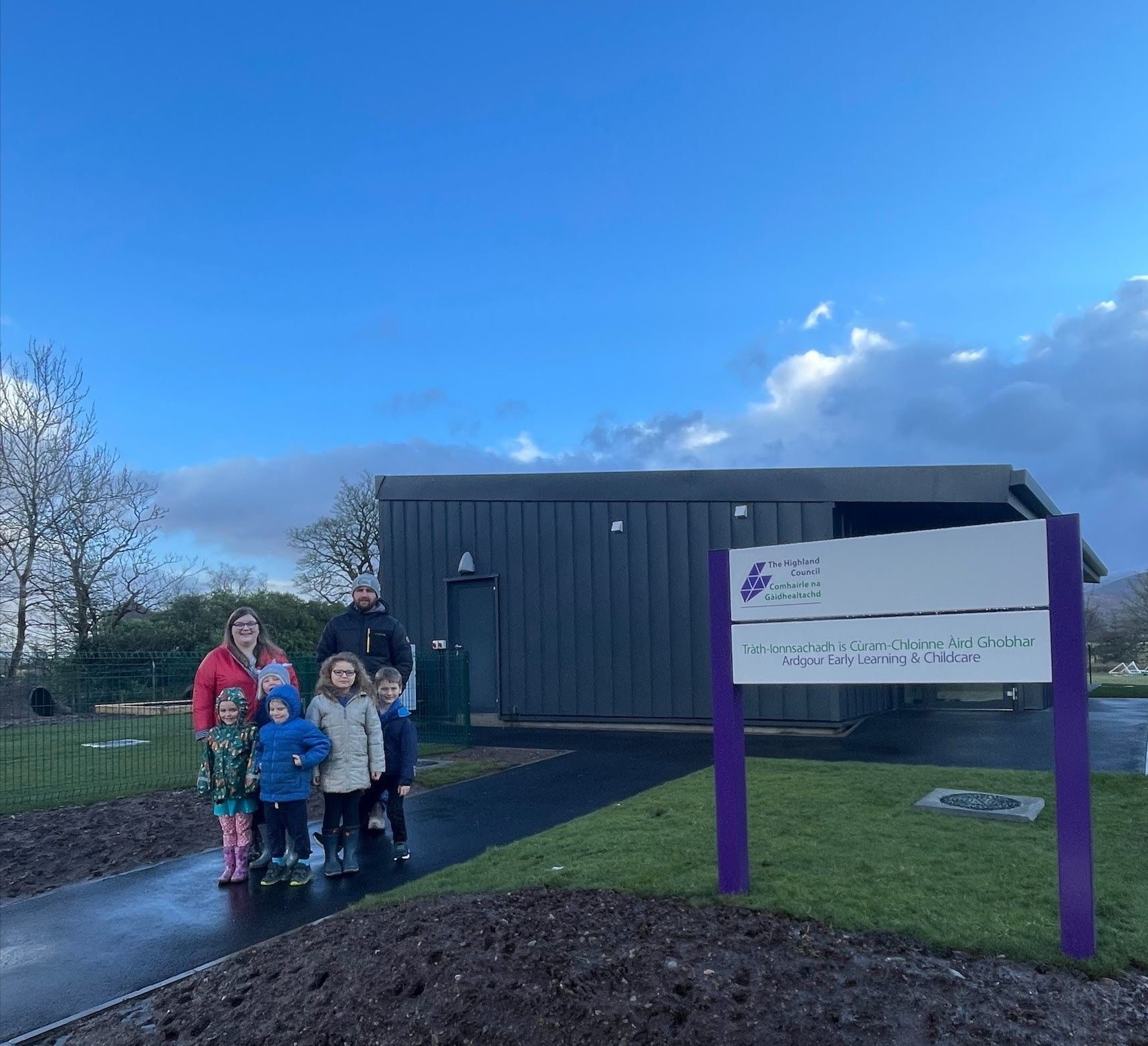 Councillor John Finlayson, education chair at the Highland Council, said: “It is great news that the brand-new building for ELC provision at Ardgour Primary School has now been handed over to the community. The nursery had previously been situated within the school building itself but this new dedicated building will enable us to meet the requirements of the Early Learning and Childcare (ELC) expansion programme.”

Shaun Corrigan, managing director of the company, attended Ardgour Primary school along with his three siblings, two of whom were also involved with the project. Shaun left Ardgour Primary School in 1998 and after four years at Lochaber High School, went on to complete a joinery apprenticeship which saw him go on to grow his own Civil, Building and Haulage company.

Delighted to return to where his education began, he said: “Having been born and brought up in Ardgour, and attending Ardgour Primary school, it has been a special project for us to be principal contractor on. A lot of the team are local to the area with some of them having attended Ardgour Primary too! Having a newly built dedicated building for children of nursery age is also a positive addition to the area.”

Louise MacLean, head teacher at Ardgour Primary School and also a former pupil, added: “Having attended Ardgour Nursery as a pupil myself, it’s been really exciting to have been involved with this project and improving our Early Years’ provision for future generations. We are all very excited to move into the new space and start our next chapter. We cannot thank Corrigan Contractors enough for all of their support and everyone involved from Highland Council who have ensured we were involved in the whole process.”

A total of 72 construction projects have now been completed across Highland as part of the ELC expansion programme, many of which also included other essential improvements to school buildings.