Four historic communities across Scotland will benefit from a combined investment of more than £4.5 million from Historic Environment Scotland (HES) to preserve built heritage and stimulate economic regeneration. 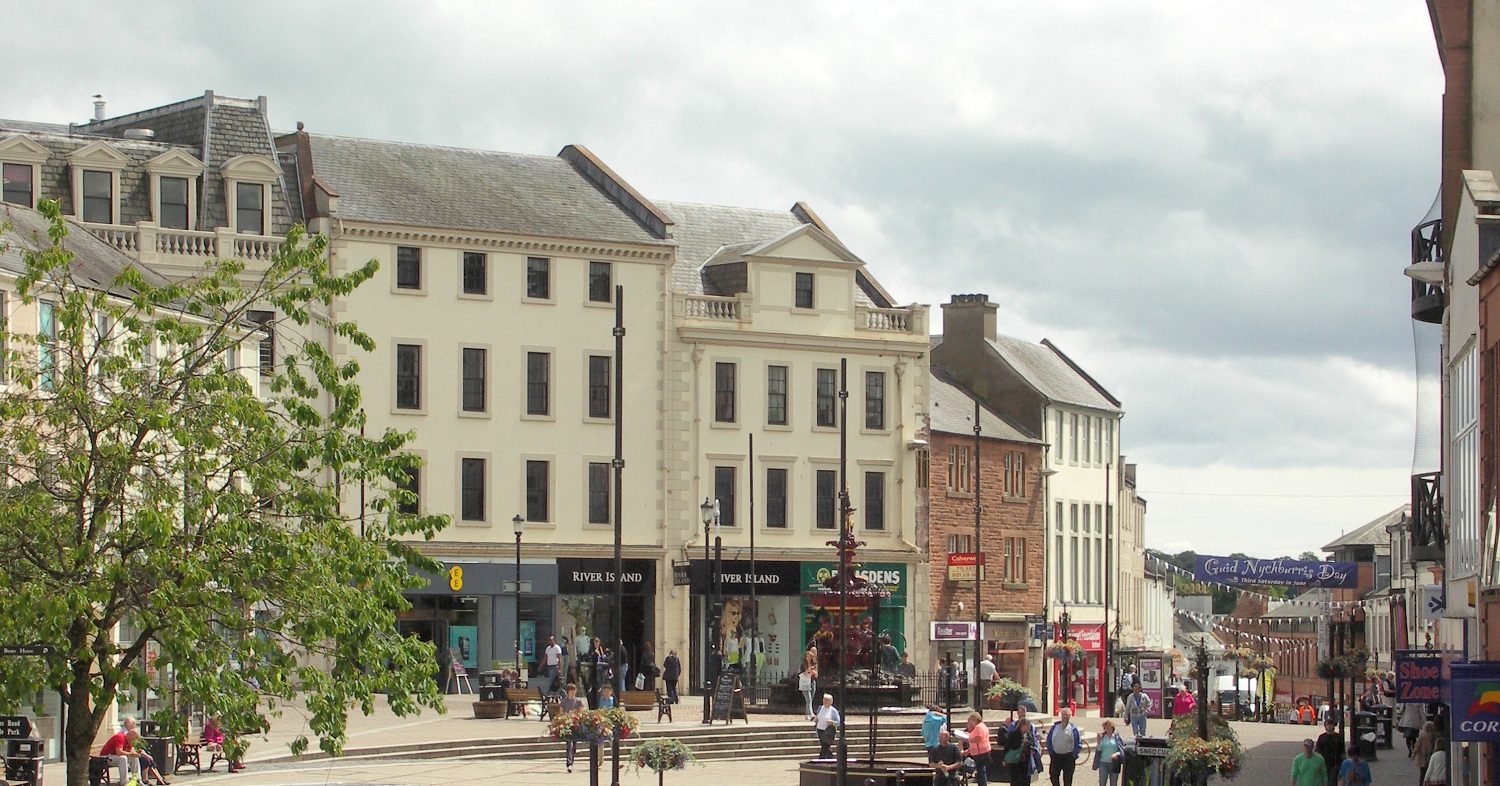 The funding, awarded as part of the Conservation Area Regeneration Scheme (CARS), will be shared between four Conservation Areas to help them regenerate and attract further investment in the future: £762,101 will be invested in Dumfries; £1,113,949 in Dunbar; £1,240,000 in Helensburgh; and £1,386,525 in Stirling.

Buildings that have been prioritised for works include the B-listed Alhambra Theatre and Arcade in Stirling and the former Lothian Hotel in Dunbar which was built in the late 18th century.

Each CARS scheme will deliver a combination of larger building repair projects, small grants schemes providing funding for repairs to properties in private ownership, community engagement and education activities, and professional training activities and opportunities, all of which will contribute to sustainable economic and community development within the Conservation Area. The schemes, managed by the local authority, will last for five years with works commencing in April.

CARS was launched in 2007 to encourage local authorities to invest in their historic environment by repairing and restoring the built environment whilst helping to stimulate economic regeneration. Since then, over £50 million funding has been invested in Scotland’s high streets, towns and cities. More than 40 CARS schemes have now been completed, with the funding supporting the creation of over 600 jobs and more than 270 new businesses, and almost 50,000m2 of vacant space has been brought back into use.

The scheme proposes to repair at least three priority projects across Colquhoun Street, East Clyde Street and West Clyde Street in the newly designated Helensburgh Conservation Area. The scheme will also improve links between the waterfront and the town centre, and through the repair of properties on the waterfront, make the area more attractive for people to spend time.

The scheme proposes to repair four priority projects on English Street and the High street in Dumfries. Buildings include 117-119 High Street and 11-17 English Street. The scheme also includes public realm works and will work in parallel with the Town Centre Living Fund.

There are high numbers of properties that are suffering from a lack of maintenance and high levels of vacancy, and through the use of a condition survey map, buildings which are in the poorest condition will be identified and focused on as part of the repair works.

The scheme proposes to repair six priority projects on Dunbar High Street, including the former Lothian Hotel which is currently on the Buildings at Risk Register, and there will also be a strong focus on providing local training opportunities and addressing empty properties. A further project that will be developed around the production of building condition surveys for tenement owners working together in stair committees will help to promote collaborative working and lead to better maintenance of private properties within the CARS area.

The scheme proposes to repair two priority projects - the Alhambra Theatre and Arcade and John Cowane’s House. Ten properties have also been identified as focus buildings to be repaired through a small grants scheme. Through public realm works, walking routes will be created within the city to improve connections between the commercial and historic centres.

The CARS project will build on the work which has been carried out in recent years by the Stirling City Heritage Fund, funded by HES, and The Traditional Buildings Health Check to carry out a high standard of repairs and improvements to key sites in the city centre.

Alex Paterson, chief executive of HES, said: “This round of CARS marks a very important milestone for the scheme in that over £50 million has been invested in more than 70 Conservation Areas in Scotland.

“Through CARS, communities are supported and empowered to harness their valuable heritage assets. Decisions are made on a local level and local authorities can prioritise key properties for investment.

“The impact that COVID-19 has had on town and city centres – with more people than ever now working from home and the rise of online shopping due to the closure of shops – shows just how important schemes such as CARS are in revitalising and regenerating our high streets.

“By bringing historic buildings back into use and providing crucial repairs, high streets are transformed, new employment opportunities are created, and tourism is increased, demonstrating the significant effect that our historic environment has on our towns, cities and villages.

“Heritage-led regeneration has proven to have long-term benefits and I look forward to seeing the positive impact that these projects in Dumfries, Dunbar, Helensburgh and Stirling have on the people that live and work in these historic places.”

Culture secretary Fiona Hyslop said: “It is vital that we continue to protect and conserve our heritage. Now more than ever we are all increasingly aware of our local surroundings and attractions and the important role they play in our health and well-being as well as in the heart of our communities.

“This scheme has already helped transform conservation areas across Scotland, reinvigorating communities and supporting economic and social regeneration. I look forward to seeing how this new support helps transform even more of our historic high streets.”