ScotRail has released progress images to mark the resumption of work on the £14.5 milllion redevelopment of Motherwell station following the winter break. 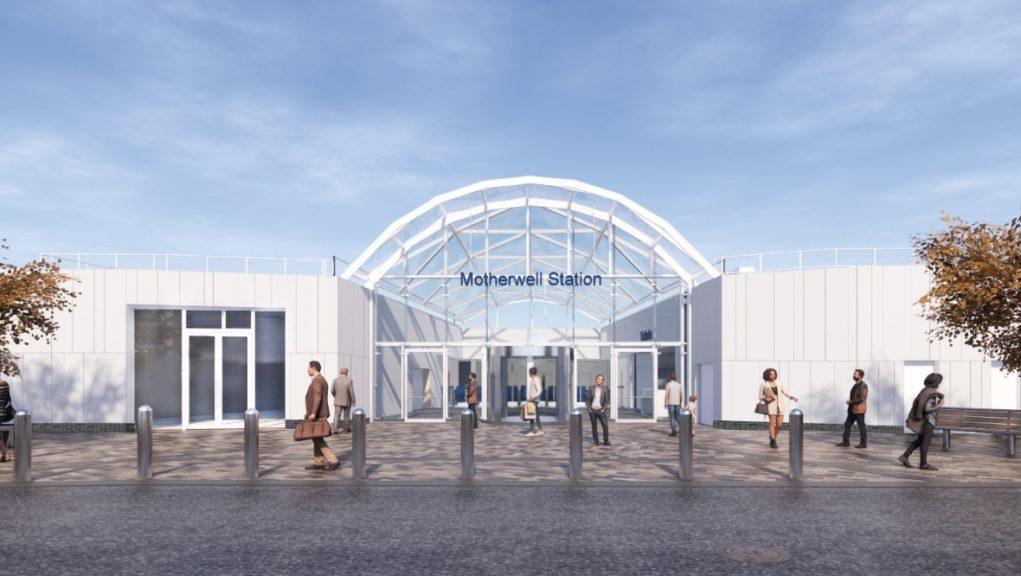 Until the summer, construction will focus on platforms 2 and 3 where new staff and passenger waiting facilities are being built. Some early works activities will also commence at concourse level, including the strip out of vacant retail units and preparatory structural works in advance of the concourse refurbishment.

The frame works for the new drivers’ facilities were completed in December and all the external brickwork and roofing are expected to be finished by the end of February. This will allow internal fitting out and finishes to progress.

Further work on platforms 2 and 3, has seen new concrete foundations poured just before Christmas to prepare the area for a new waiting room.

Scaffolding has commenced being erected around the mezzanine level of the station, linking the concourse to platforms. This will allow access for the contractor Balfour Beatty to construct a new corridor through the heart of the station and external cladding to commence around the main building.

Vegetation has also been removed next to platform 3 at Muir Street to allows for a new retaining wall, which is required to enable construction of a larger station concourse and enhanced retail space. This retaining wall will also facilitate the wider transport integration strategy with partners North Lanarkshire Council, later in 2021/22.

A spokesperson from ScotRail said: “We’re really excited about how the work is progressing towards delivering a station that will fit well with plans by Scotland’s railway to build the best rail network the country has ever had.”