Founded in 1862 at a time when Queen Victoria reigned and the American Civil War raged, Gordon Timber is celebrating its 160th anniversary. 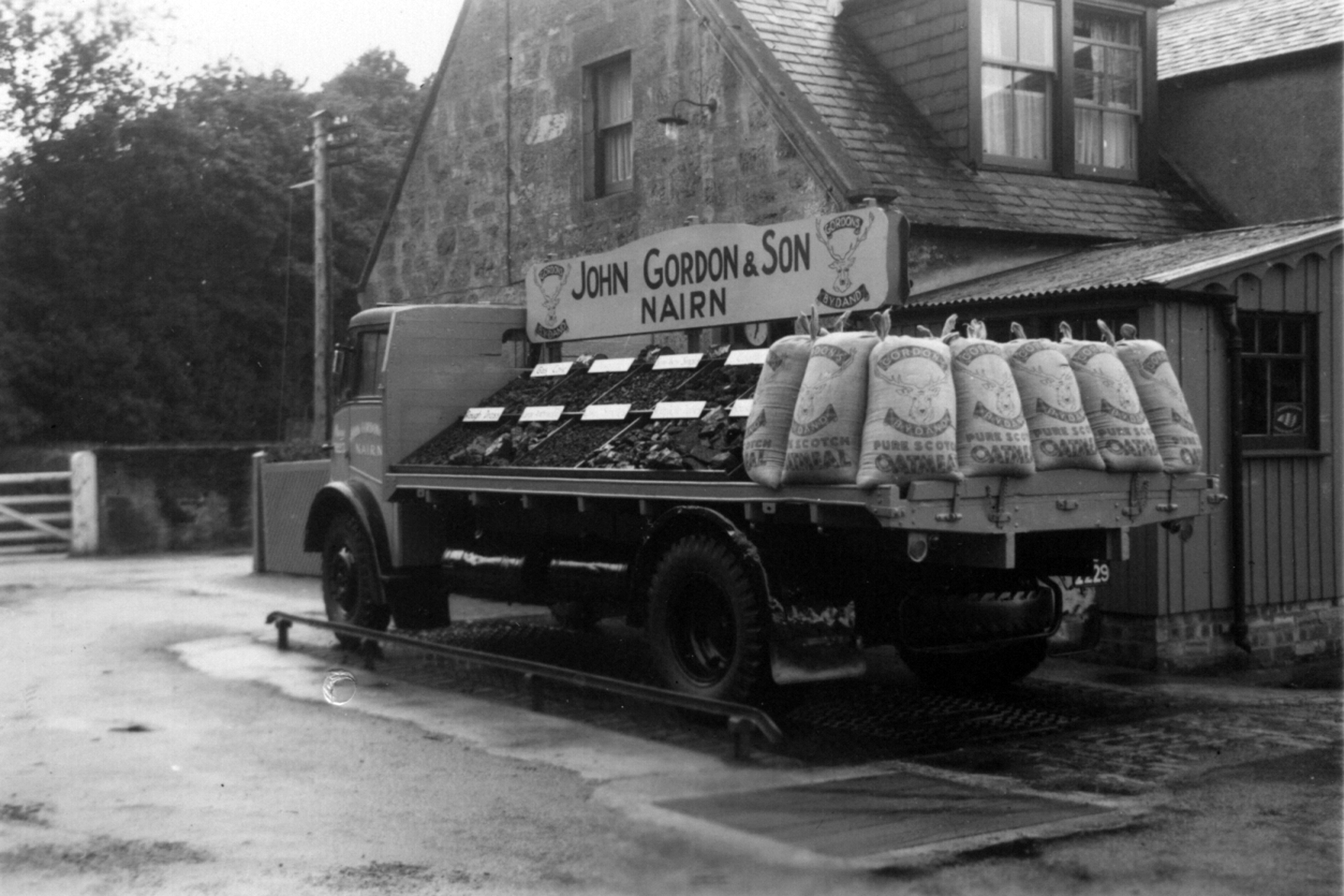 Scotland’s 15th oldest family-run business, the Nairn sawmilling and timber company is headed up by brothers Rod and Scott Gordon. The siblings are the fourth generation of the family to have run the company since their ancestors, John and James Gordon, joined founder Hugh Mackintosh in the 1870s, going on to take over stewardship of the company under their own name in 1908.

Today, Gordon Timber (John Gordon & Son) is one of the UK’s most progressive timber companies, embracing innovations such as 3D log scanners and roboticised production lines. With a strong commitment to sustainability, the company’s core business is converting locally grown roundwood into a range of high quality products for the construction, fencing and packaging markets. 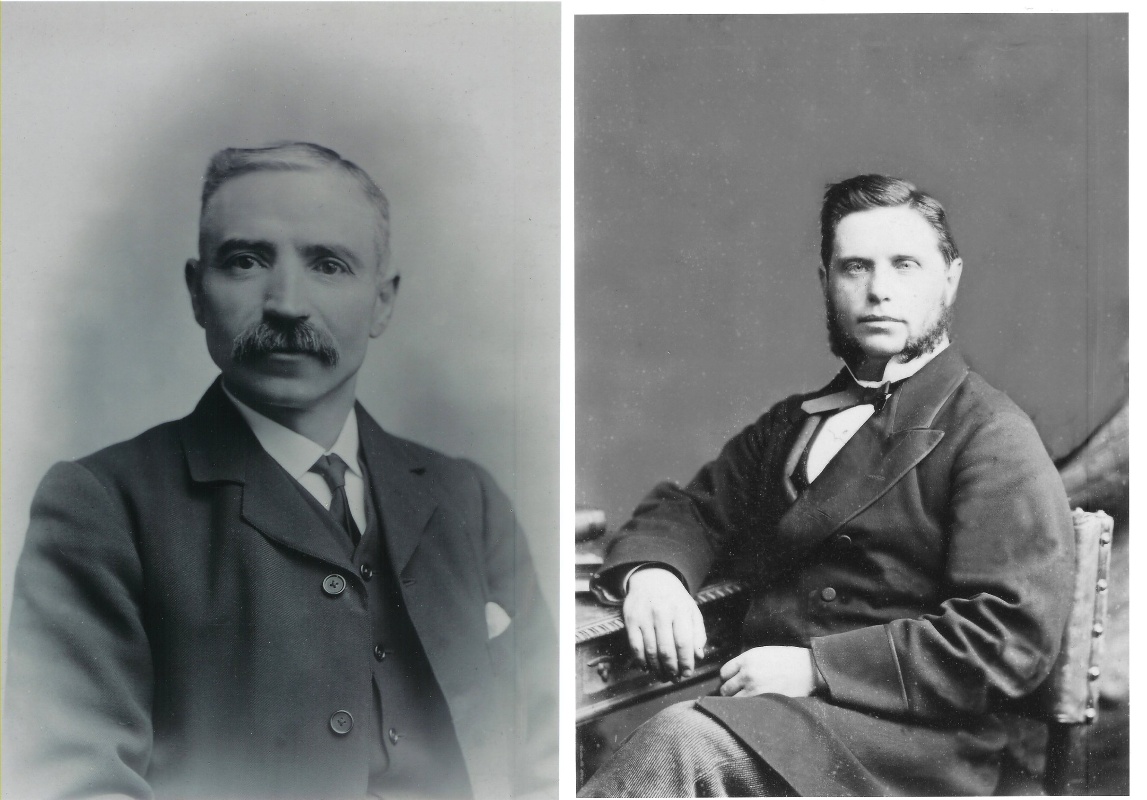 Marking the milestone, joint managing director, Scott Gordon, said: “Gordon Timber has come a long way since Hugh Mackintosh announced 160 years ago, from The Steamboat Office, Nairn, that ‘By keeping a good article and strict attention to detail, he will merit a share of public patronage’.

“People, Quality and Service – nothing’s really changed, the fundamentals remain the same. And yet everything’s changed - through an ongoing intensive program of investment, we have progressed from our fleet of schooners and Burrell steam traction engine of the 1800s to the excitement of our first foray into 21st century robotics in our 160th year.”

Fellow joint managing director, Rod Gordon, added: “We are thrilled at reaching the milestone of our 160th birthday. Throughout the long history of our company we have been very fortunate to have had many fantastic people working with us, like John Cruickshank. John recently marked 40 years with the company typifying the loyalty and experience we have been lucky to benefit from.

“As we continue looking to the future, we are keen to identify the next group of people who will share our enthusiasm for working in this family business and want to make a difference.” 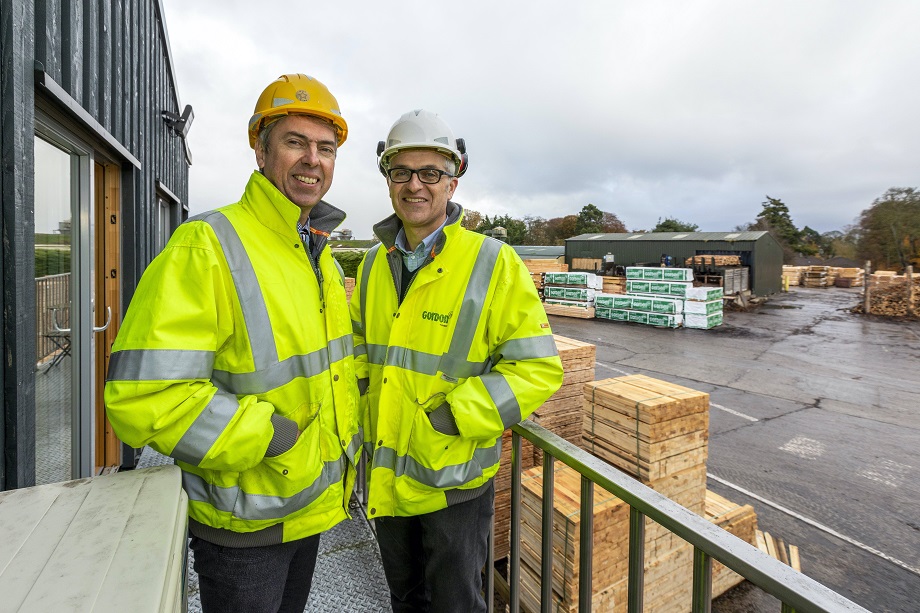 Founder, Hugh Mackintosh’s, granddaughter Eileen, who retains a keen interest in the firm’s progress, commented: “Since my grandfather founded a very small coal and timber business in 1862, the Mackintosh/Gordon partnership has flourished both in business and friendship. How thrilled my grandfather would have been to see the outstanding and expanding firm that John Gordon & Son has now become.”

Already employing 81 people at its offices and state-of-the-art sawmill, Gordon Timber has plans to expand its workforce. Present day job interviews are likely to be more rigorous than when the current directors’ grandfather, RJR Gordon, interviewed Nairn woman, Florence Kennedy, however. He merely asked did she know when the Battle of Hastings was? Upon correctly replying ‘1066’ she was hired on the spot. 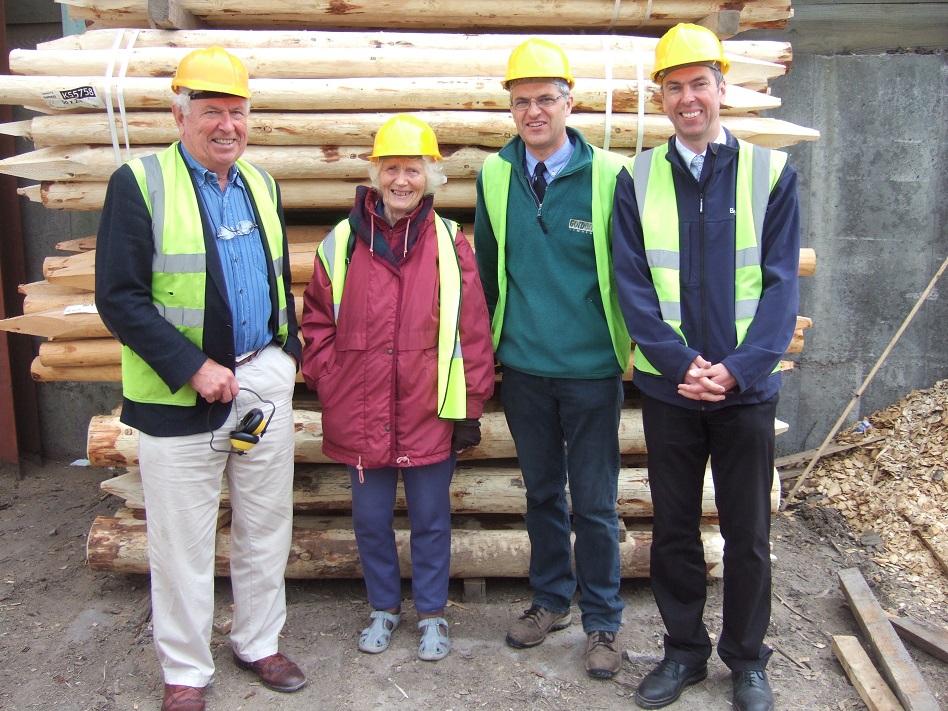 Having survived two world wars and a global pandemic, Gordon Timber has succeeded by changing with the times and responding to the many challenges put in its way.

Starting out life as a coal & lime merchant, founder and local shipping scion, Hugh Mackintosh, was later joined by John and James Gordon, and together they developed the business, shipping pit-props milled from timber from Moray Firth Estates to the collieries of the North East of England. The schooners would return laden with coal for the households of Nairn and Nairnshire.

Famously, the firm’s schooners once shipped a church sited on Nairn’s Lochloy Road, stone by stone, to Lochinver where it was re-erected and continues to serve the community of Assynt and Stoer Parish. 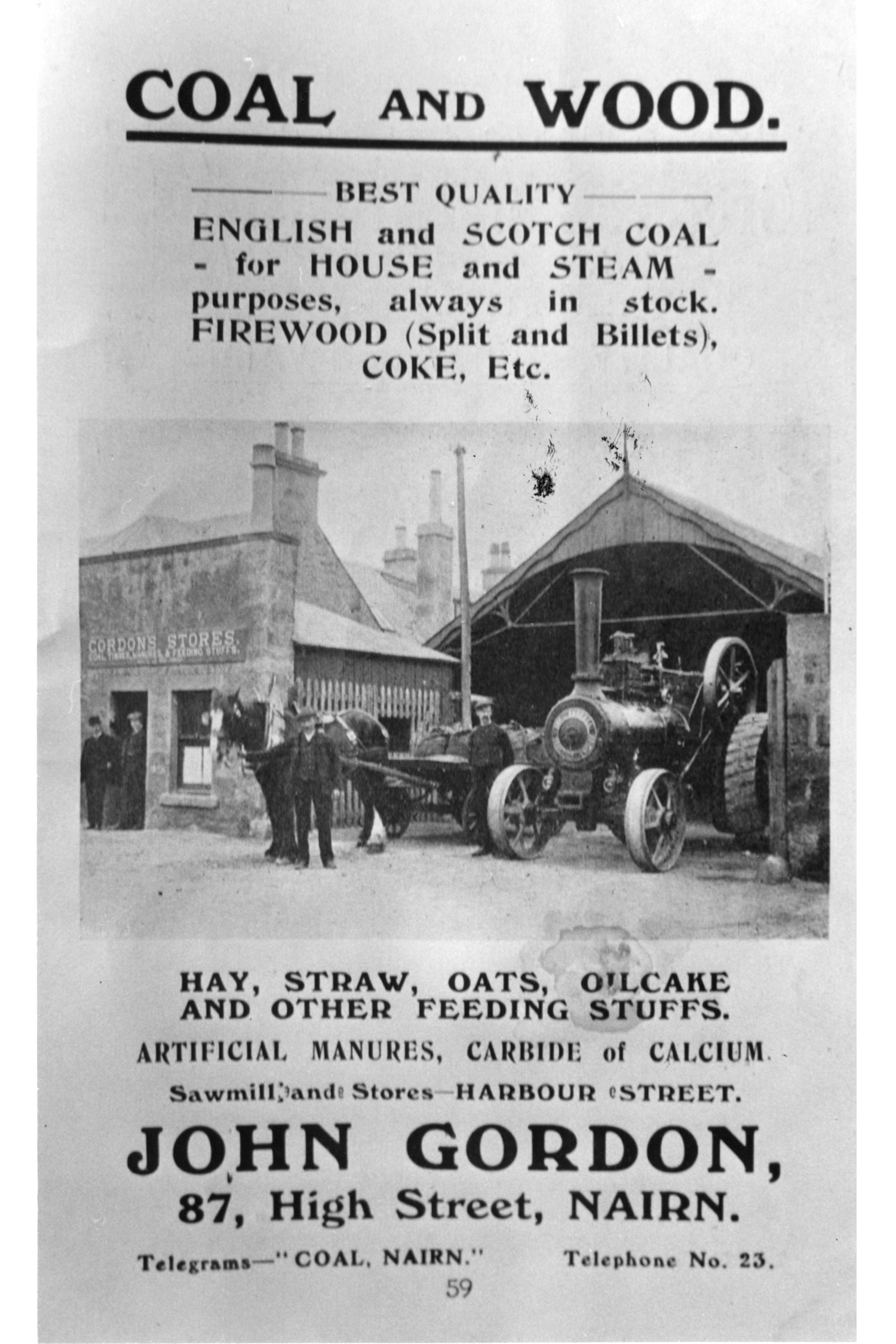 The company’s many schooners included The Nairnshire, The Lossie and the Mary Nish. In 1915 with coal supplies in Nairn running low and the Mary Nish stormbound in Sunderland, the vessel set sail but was sadly lost along with its crew and 180 tons of coal. To this day Gordon Timber holds the pay packet of a crew member from Riga, Latvia (‘Peter the Russian’) whose next of kin have never been traced.

A move from Harbour Street in the town to Balblair Road saw the company diversify from coal and timber into a wide range of farmers’ requisites and oatmeal milling. John Gordon’s son, RJR Gordon, joined the firm in 1936 and was instrumental in modernising the milling operation following a serious fire in 1944. 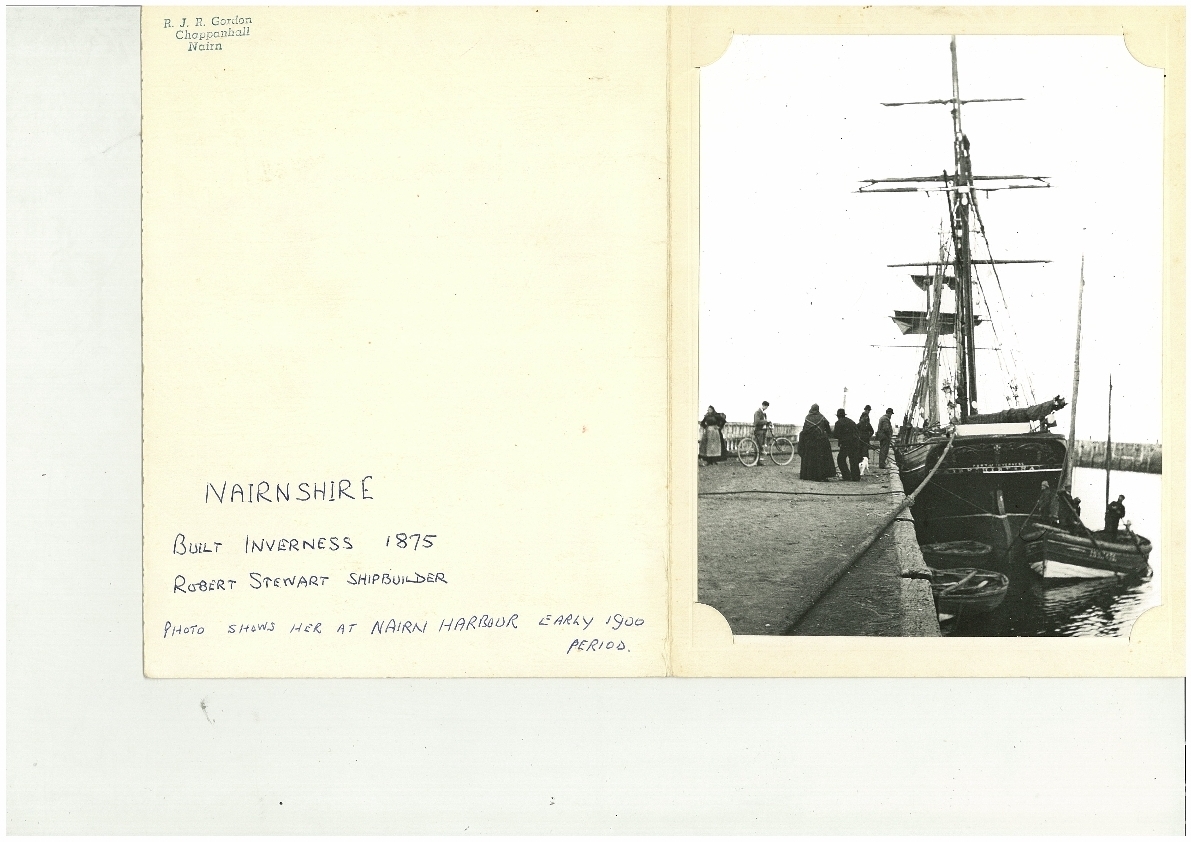 Present chairman, RD Gordon, joined in 1957, investing in new mills in 1966, 1976 and 1985 seeing the company become a leading player in the UK timber industry. He also pioneered the shipping of pulp to Sweden in the 1980s with the company today shipping their sought after FSC certified chips to Norway in 2000 tonne boatloads.

Current joint MDs, Rod and Scott, have built on that success, seeing Gordon Timber established as one of the UK’s foremost sawmilling and timber companies and a key local employer. 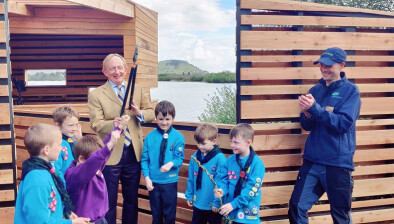 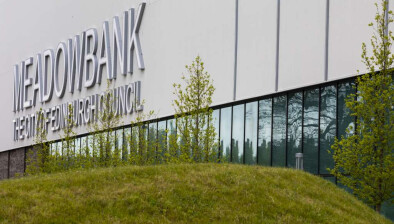 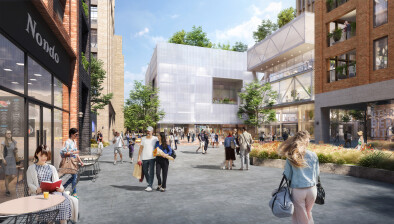 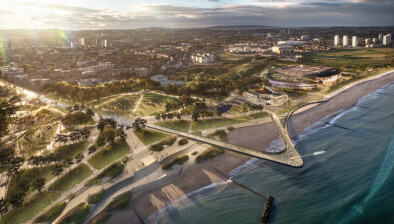