At 10-tonnes and 10 metres long, the latest feature in Saughton Park’s £8 million refurbishment made quite a splash when it was hoisted into position yesterday. 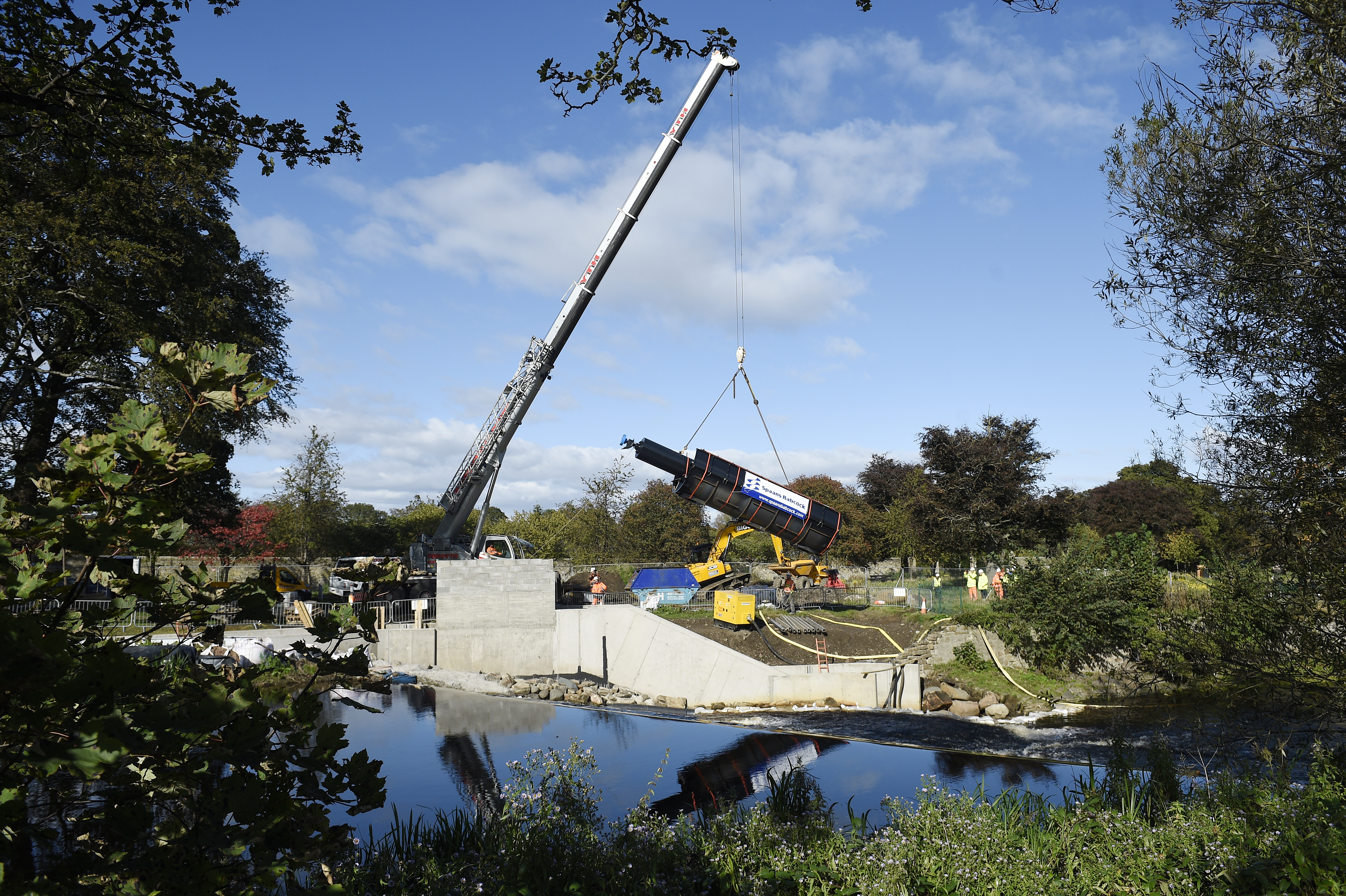 The bespoke 39kw Archimedes Screw arrived in Edinburgh from the Netherlands earlier this week and will bring the park’s pioneering micro-hydro scheme one step closer to full operation, ensuring the park is fully eco-powered.

Ground source heating is already up and running in the park’s buildings and glasshouse and the hydro-power generated by the Archimedes screw using water directly from the Water of Leith will provide electricity across the park. 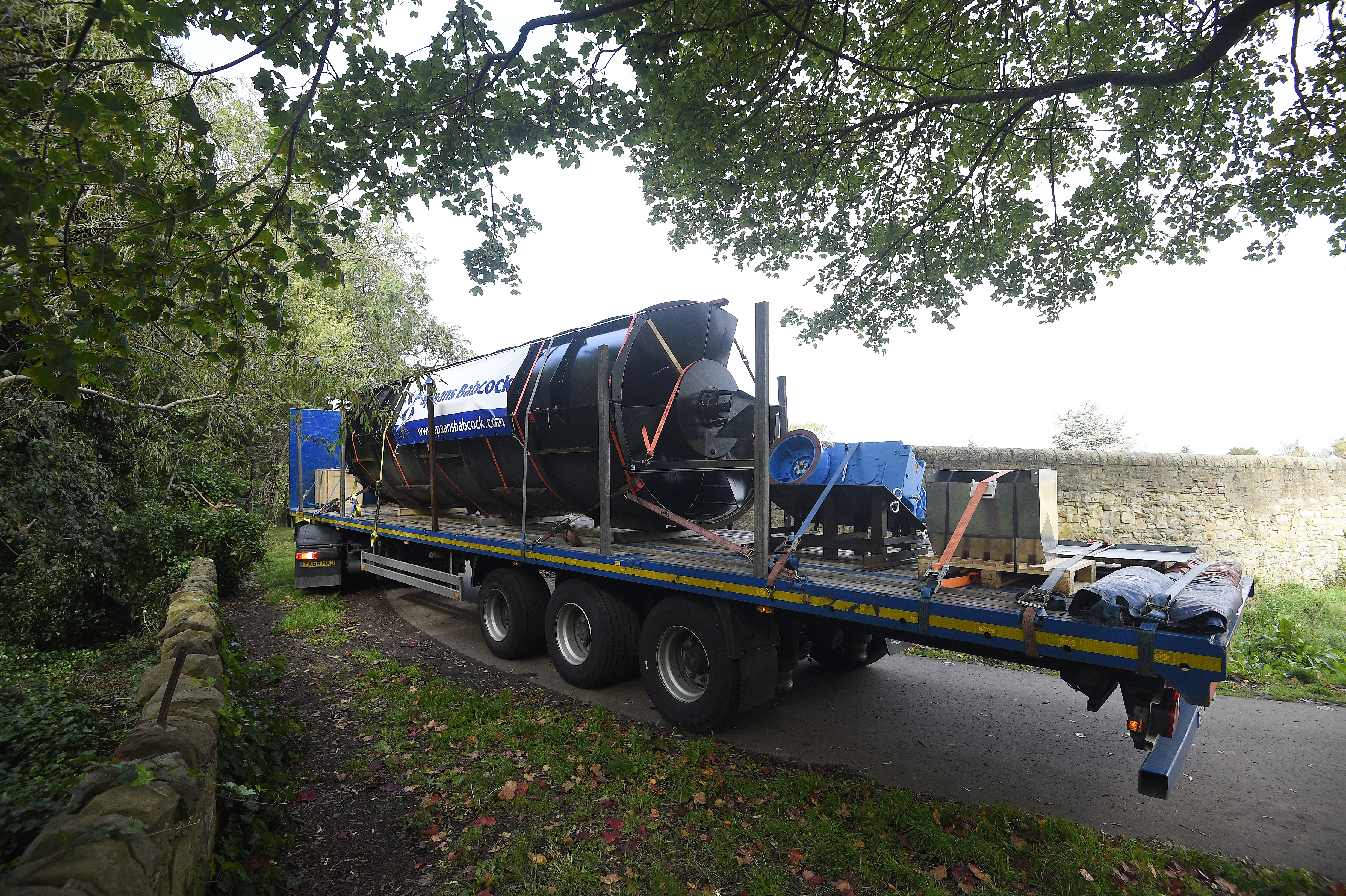 The screw arrives from the Netherlands

Combined with the two ground source heating installations, the micro-hydro scheme will prevent over 90 tonnes of CO2 being pumped into the atmosphere each year, while generating enough energy to power the whole park (lighting, buildings including the new cafe, due to open later this year).

The micro-hydro scheme project was partially financed thanks to £482,107 from the SP Energy Networks Green Economy Fund. 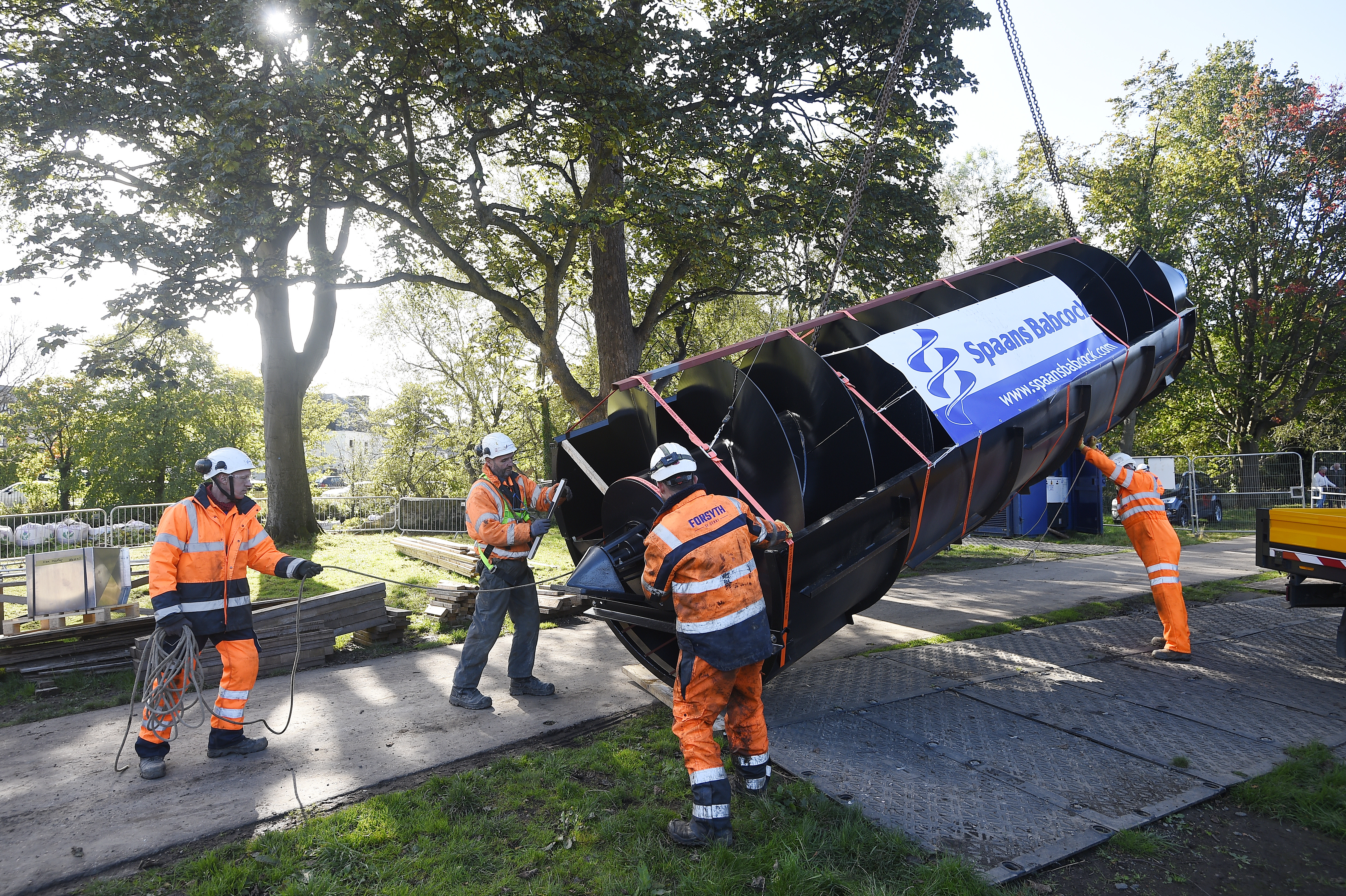 Hoisting the screw into place

Councillor Donald Wilson, culture and communities convener at the City of Edinburgh Council, said: “What an incredible milestone this is, not just for Saughton Park but for Edinburgh as a whole. Having been instrumental in bringing this forward and pushed it for over a decade I am delighted to see it become a reality.

“We’ve set ourselves a hugely ambitious target of becoming carbon neutral by 2030 and projects like this are just the kind of innovative, collaborative, multi-partner model we need to see more of in the capital. 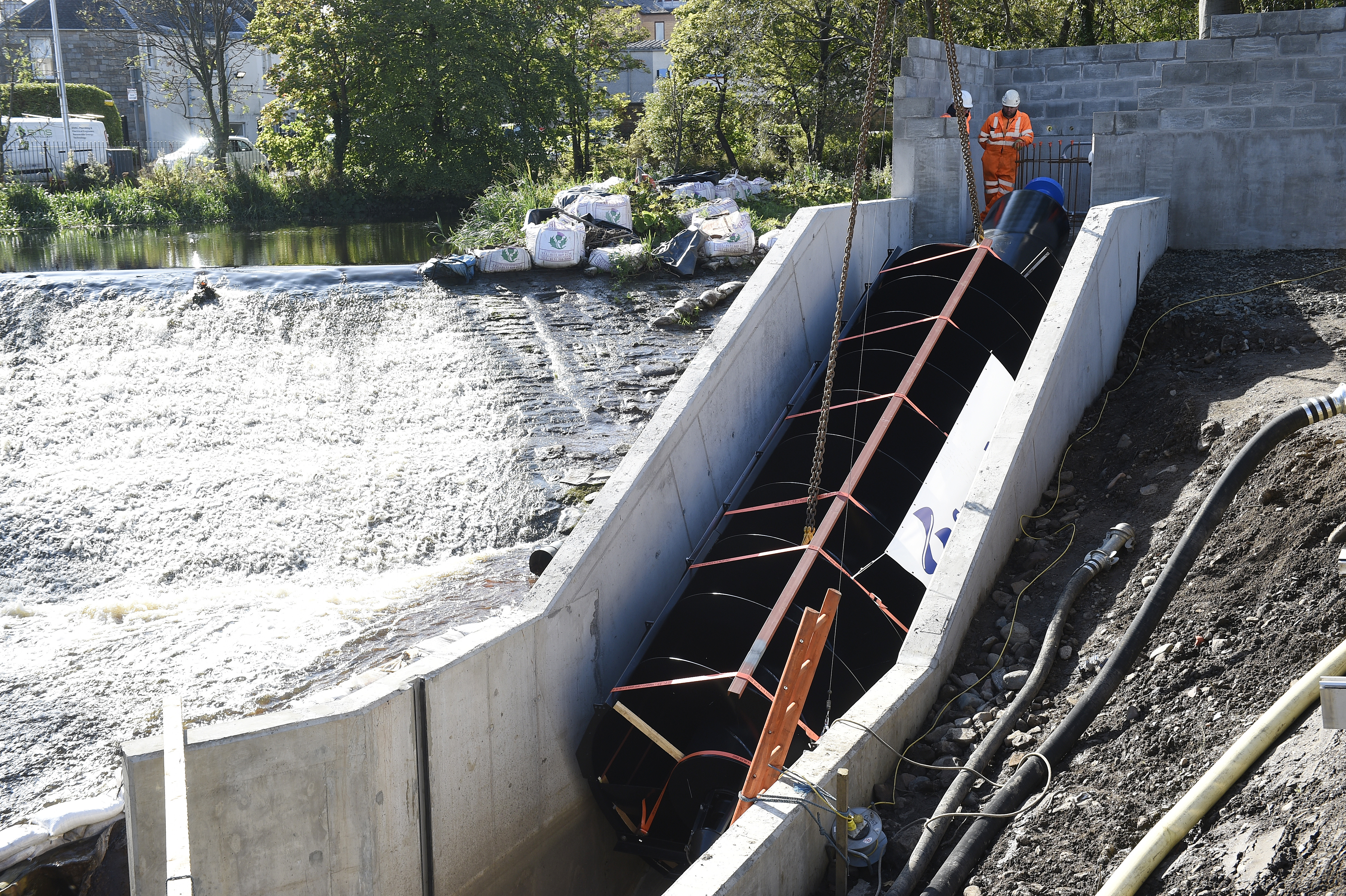 “The Archimedes screw has been installed as part of the micro-hydro scheme and I know it will be a real draw for visitors to this already fabulous and much-loved park.”