Lidl GB has started the construction of its second new supermarket in North Lanarkshire following permission being granted by planning officers. 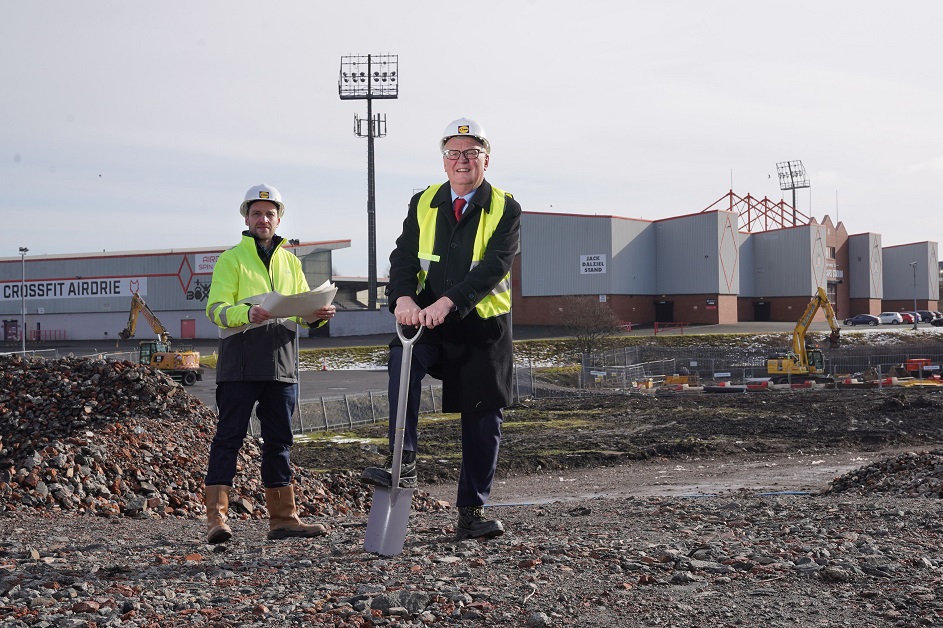 The new store, on Carlisle Road in Airdrie, is the second of two new Lidl stores in the region with the first, in Bellshill, opening earlier this month.

To mark the commencement of the Airdrie store’s construction, Lidl welcomed North Lanarkshire Council leader Jim Logue to break ground at the site, alongside members of Lidl’s senior management team.

Scheduled to open later this year, the new store will have a 1255m2 sales area and features facilities including an in-store bakery and customer toilets with baby changing. Solar panels will also be installed on the roof, as well as rapid electric charging points in the associated car park. 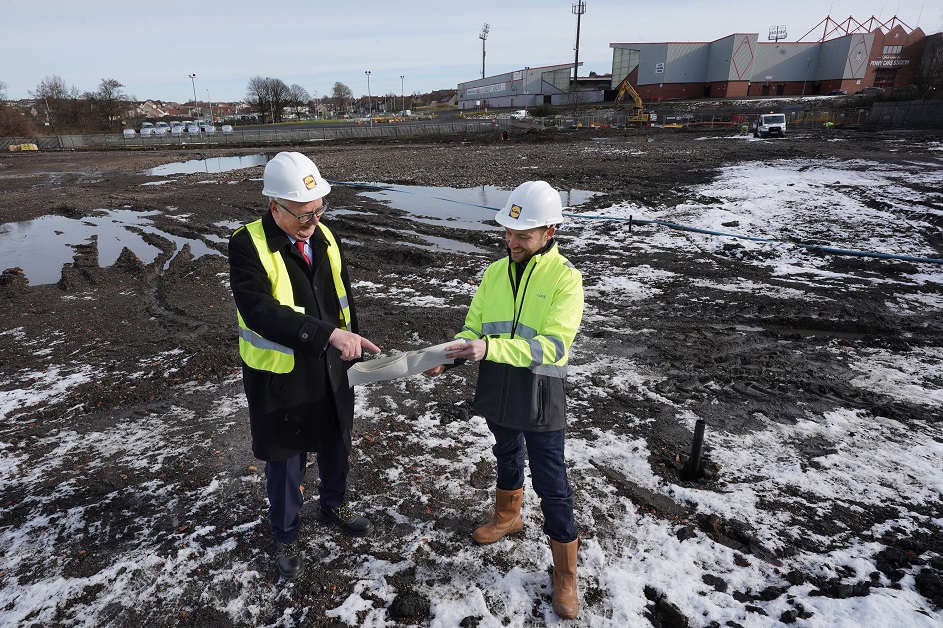 The Airdrie store will also bring up to 40 jobs to the local area, which has seen ongoing investment in the region since the retailer opened its regional distribution centre in Motherwell in 2019. The site will additionally allow for a Drive Thru and future retail opportunities for other businesses, providing more jobs once they are trading.

Lidl GB’s regional head of property, Gordon Rafferty, said: “We’re very excited to have ‘broken ground’ at our new Airdrie site and it was great to welcome Council Leader Jim Logue to assist. Construction starting at the Carlisle Road store comes after a successful opening at our other new North Lanarkshire site, in Bellshill. Construction starting at the Airdrie store marks the next stage in our ongoing investment in the region.”

Jim Logue, North Lanarkshire Council leader, said: “It’s great to see construction get underway for the new Lidl store in Airdrie. With the retailer’s Scottish headquarters a stone’s throw away in Motherwell, Lidl has shown its continued commitment to providing new jobs and opportunities for the communities across North Lanarkshire.”