Martin Robertson: Don’t let them suffer in silence - how firms can combat the tragic effects of mental health problems in the workplace

After figures from the Electrical Industries Charity (EIC) revealed that more than 400 people in the electrical sector attempted to commit suicide in 2018 alone, Martin Robertson discusses how firms in the construction sector can combat the tragic effects of mental health problems in the workplace. 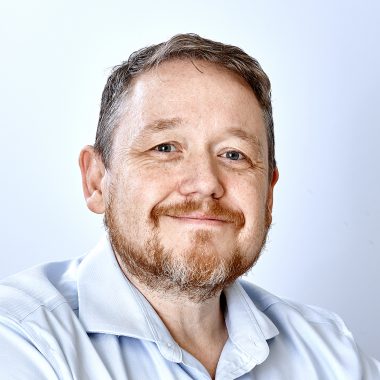 It is one of the great hidden secrets of the construction sector, an issue that many people in what is still a male-dominated industry are reluctant to acknowledge, let alone talk about and act upon.

But mental health problems are not unusual across the wider spectrum of society and it is only to be expected that these issues will be present in what is an increasingly complex, and therefore stressful, working environment.

In the electrical sector alone, a profession which becomes more technologically challenging with each passing year, the Electrical Industries Charity estimates that more than a quarter of a million people are suffering from mental health concerns.

But, alarmingly, it also calculates that 95% of them often lie about how they are feeling, or don’t tell anyone that they are struggling. So, issues which can adversely affect both work and home life remain buried under a blanket of silence.

This does not surprise me. In my time in the industry, I have come to understand that the often-robust atmosphere of the workplace does not encourage confessional communication and that men – however sweeping this may sound – remain unconvinced about the virtue of talking about their personal problems.

This is also one of the reasons why socially responsible companies like ours are putting in place training, procedures and processes which will help identify individuals who are trying to cope with the burden of sensitive emotional issues and reach out a helping hand.

In association with the Scottish Association for Mental Health, we have instituted awareness raising programmes for senior management and senior site personnel to help them identify potential problems among the electricians, plumbers and joiners within our 65-strong workforce.

The training does not by any stretch of the imagination make us experts, but it does help make participants sensitive to the need to reduce stigma surrounding the subject and to deal with any potential for discrimination.

Stress is not the only signifier. Properly trained, team leaders can be on the lookout for other symptoms of anxiety, depression, alcohol problems and even deep-seated clinical issues such as bi-polar behaviour.

Identification and monitoring are only the first steps. The ability to recognise problems allows them to be referred to the correct authorities such as GP support, NHS facilities, telephone counselling and helplines.

But we also have to be aware that, since sufferers may be shy or wary about opening up about mental health concerns, it is also a difficult conversation for the responsible person in the office or on the site to initiate.

That is why it is important to offer training primarily to people within the organisation who already have a strong rapport with the workforce under their care and who are confident enough in themselves to be able to broach what may at first seem to be unpalatable subjects.

Raising the issue must not be seen as any kind of insinuation and it will require a significant degree of sensitivity from an empathetic and communicative listener to elicit a positive response from the person being approached.

It is also important to emphasise across the company that an open-door policy means what it says and that employees should have no concerns about bringing personal issues to their line manager, senior management or even directors.

Toolbox Talks are a valuable vehicle for raising a particular subject directly with the workforce. These short presentations focus on single aspects of workplace health and safety, such as working at height, and there is no reason why mental health should not be an ideal candidate for discussion.

At M-Pact, we intend to continue to develop awareness raising through HR committee meetings, in-house training and perhaps, further down the line, more in-depth courses such as the EIC’s Mental Health First Aider Training.

It may seem to be something of a belt and braces approach in a company which already takes great pride in the work it does with its employees to ensure their physical and mental wellbeing.

But the EIC figures show that in 2018 alone, more than 400 people in the electrical sector attempted to commit suicide. Some of them succeeded. Preventing even one such situation makes any amount of effort on our part worthwhile.