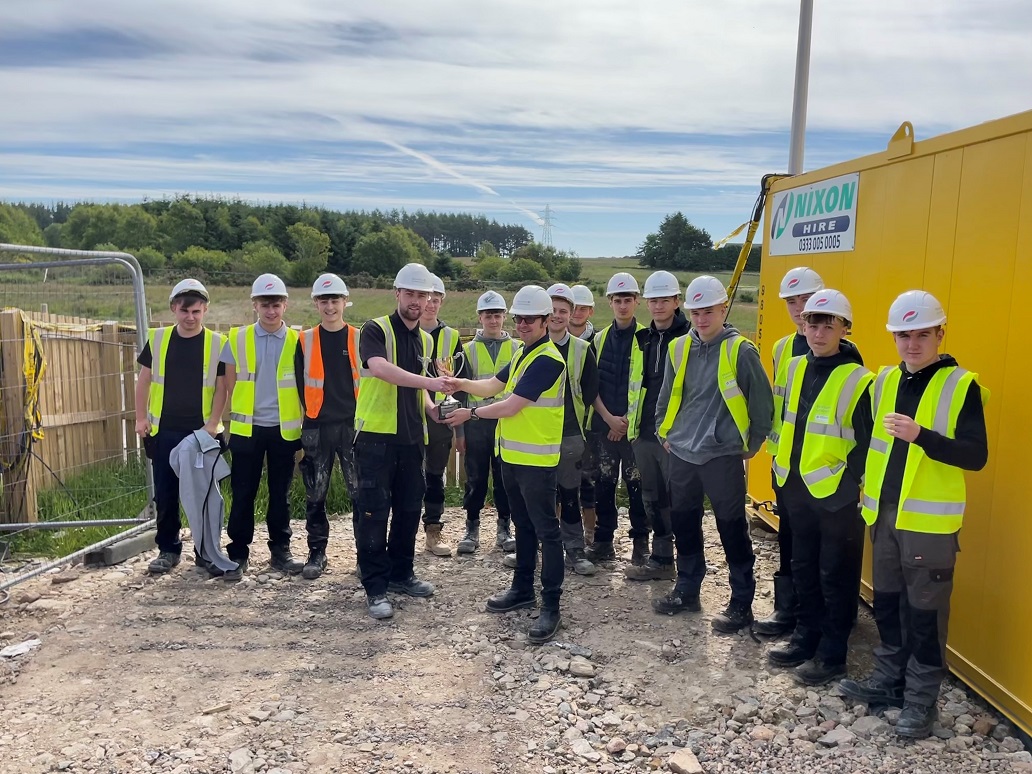 Morrison Construction is celebrating a landmark period for apprenticeship successes across its North East business.

This year, Morrison Construction North East has recruited five new apprentice joiners, a trainee engineer and quantity surveyor, all of whom are looking to kickstart a bright future in the industry. Recruiting apprentices and trainees has been a cornerstone of the business’s people strategy for more than 35 years, with the business typically employing more direct labour than other businesses within the Galliford Try group.

Mr Bruce started his career as a Morrison trainee himself in 1986. Other members of the senior team who have followed the same path include Neil Smyth, construction director; Greig Pirie, general works director and Keith Machray, pre-construction director. In addition, over 40% of staff have joined the team as an apprentice or trainee.

The business holds an annual event for all its apprentices to celebrate their successes, including an awards ceremony. This year’s event included a site tour of the Countesswells school project, a business update from Mike Bruce and dedicated interactive toolbox talks. The latter featured a presentation about plant blind spots delivered by Wullie Gordon, Site Supervisor of JKR Contracts, utilising a 25T Slew and a Telehandler, and joined by apprentices of the business’s local supply chain.

Mike Bruce said: “Apprentices are essential for the future of our business and the wider industry and I’m very proud of the business’s achievements over the years. It’s pleasing to note that 15% of our employees are apprentices and trainees at various stages of their development.

“As a trainee who has worked up through the ranks myself, I know how rewarding a career in construction can be, and hopefully in the years to come we will have members of our current apprenticeship programme in various roles within our team.”