Proposals are being developed for a new road to help access the former Cockenzie Power Station site. 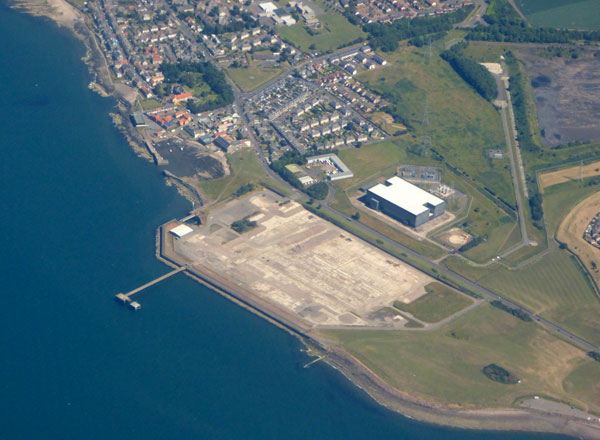 The purpose of the proposed road would be to assist with access to new substations which have planning consent to be built on parts of the site, as well as facilitating future development on the wider site. Doing so would minimise the need for traffic to travel through existing streets in Cockenzie and Port Seton.

The proposed road would link the existing Alder Road roundabout on the B6371 approach to Cockenzie with the existing B1348 road – almost opposite the western entrance to the main part of the former power station site. New signalised junctions would be created at each end of the road.

Much of the route would follow an existing service road to the former coal plant.

The road would be built in phases and would open to the public following completion of the two substations. It would be complemented by a lane, largely set back from the main roadway, to encourage safe walking and cycling and help improve connections between Cockenzie and Port Seton and Prestonpans. It is expected that most mature trees will remain in place along the route.

An application for the road is expected to be lodged shortly lodged with East Lothian Council’s Planning Department.

The former Cockenzie Power Station site was acquired by East Lothian Council in 2018 to support ambitions for promoting economic growth in the local area and creating employment opportunities.

A significant amount of technical work has been taking place to fully understand and plan for the necessary infrastructure and environmental, economic and sustainability work that will be required for this key site to be developed.

In recent months, the Scottish Government has published the draft National Planning Framework 4 which identifies the site for economic development. This can help pave the way for greater flexibility in planning for the site so that it can be used to maximum effect in helping to grow the local economy and to create jobs.

In February 2019, Scottish Ministers granted planning permission in principle for an onshore substation, electricity cables and associated infrastructure to Inch Cape Offshore Ltd on part of the site.

On a separate part of the site, East Lothian Council’s planning committee has given outline planning permission for Seagreen to construct an electricity substation, to take power from an offshore windfarm and feed it into the National Grid.