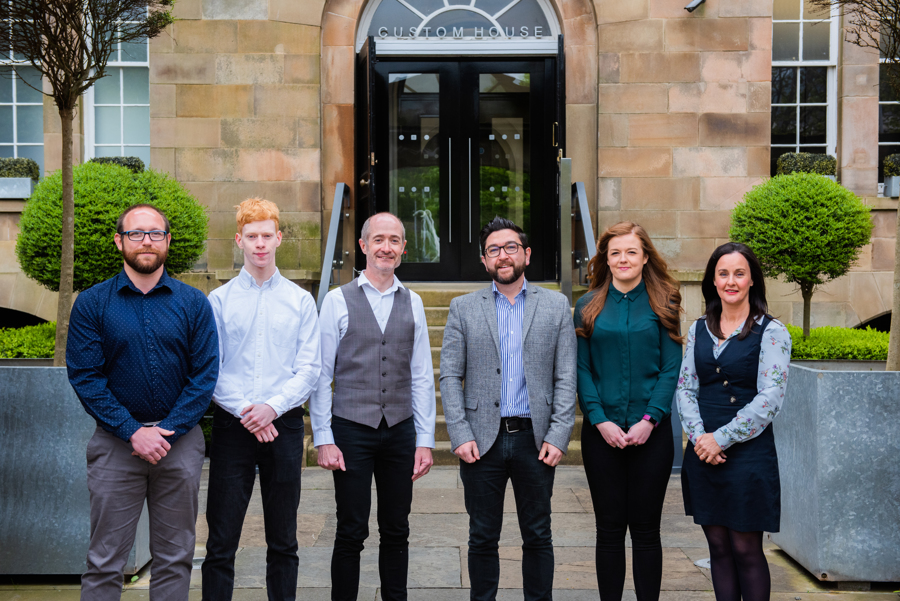 The team at Nicholson McShane Architects

The move comes as NMA enters a new chapter of its business development as they look to raise the public profile of the company. The practice aims to build upon its core business of domestic, residential and commercial projects by engaging with new clients and larger scale projects, both provincially based and further afield.

Founded in August 2017 by directors Douglas Nicholson and Paul McShane, NMA relocated to Custom House in March 2019, together with their highly valued and qualified team. The new office now provides an ideal space to accommodate NMA’s increase in size, from a practice of four to six with staff equally motivated and thrilled by the new move. 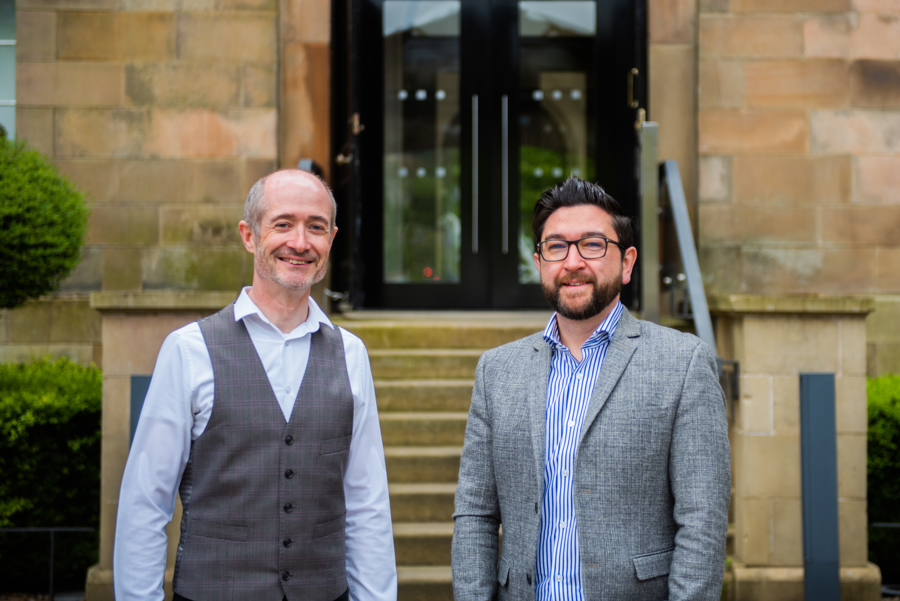 Douglas Nicholson said: “I had worked for Canata & Seggie Architects since 1999, latterly as a director of the company. Paul had worked for several Glasgow practices and also as a sole trader for many years before joining Canata and Seggie in 2016 as a director.

“We had a vision of starting a new practice in a way that would allow the founders to retire and to provide continued employment for other staff members of Canata and Seggie.”

In addition to domestic extensions and alterations ranging in cost from £20k to £1 million, the practice has recently been appointed as architects on a number of housing developments and several commercial developments within the Greenock area.

In purchasing the intellectual property and current job book of its former employers, this has enabled Nicholson McShane Architects to commence trading with little downtime effectively.

Paul added: “It was important to ensure that our existing Clients experienced a continued high level of service amidst the throes of a new business start-up.” 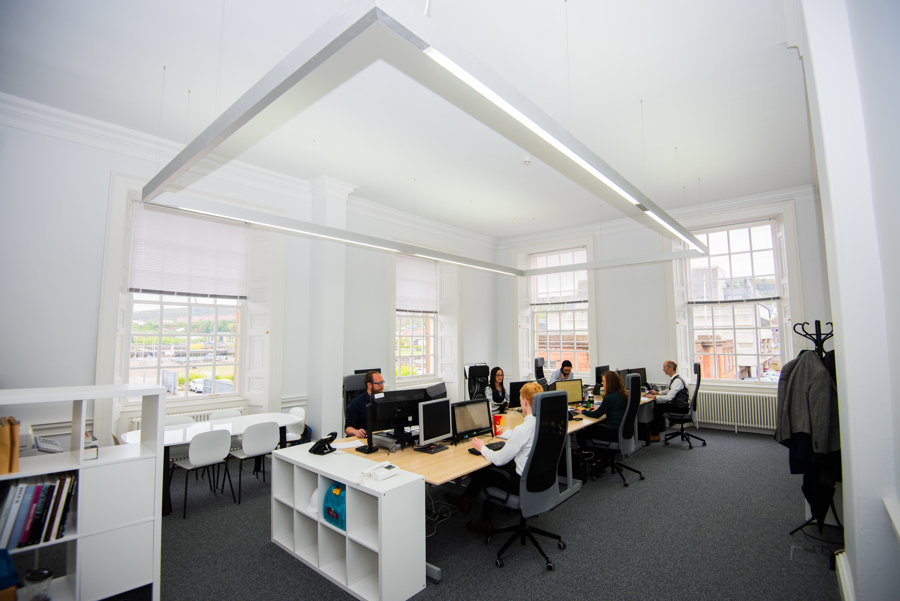 The NMA team in situ at Custom House

Ri is the organisation delivering the economic regeneration of Inverclyde and hosts a variety of business centres in Gourock, Greenock and Port Glasgow. The six-year, £5m renovation of Custom House is the jewel in the crown of a renaissance that includes the Riverside Business Park and the creation of James Watt Dock Marina.

Andrew Bowman, head of business investment and operations at Ri, said the organisation was delighted to welcome Nicholson McShane to Custom House.

He added: “This bright young practice has been a tenant of Ri’s since it was set up, initially taking space in Ladyburn Business Centre as their first step.

“NMA represents the kind of business which, given the opportunity to take root, can grow and help Inverclyde flourish and Ri is the perfect partner for these types of companies.

“We wish Douglas, Paul and all of the team at NMA continued success at the Custom House.”