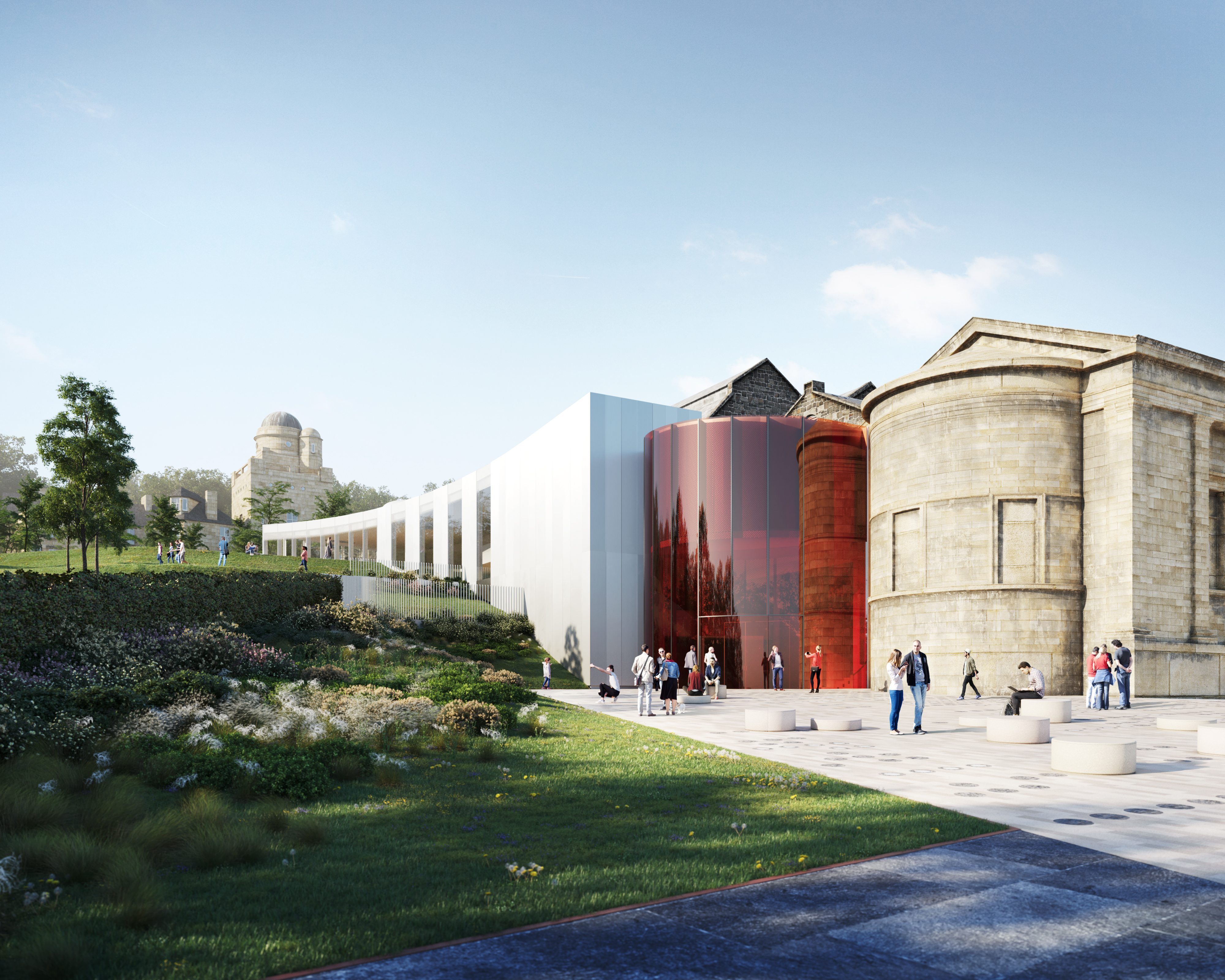 The fundraising campaign supporting the work to redesign Paisley’s museum into a world-class visitor destination is celebrating after passing the milestone of £1m of funding secured.

The Paisley Museum Reimagined Ltd charity is raising the final money needed to complete the £45m transformation of the museum, believed to be Scotland’s biggest current heritage project.

The entire museum campus has been redesigned by international architects AL_A, and the reopened attraction will use Paisley’s internationally-significant collections to tell the stories of a town whose name is known around the world as the home of the Paisley Pattern.

The more-than £1m so far raised by the PMR Ltd charity includes generous six-figure support from charitable trusts including a pledge of £300k from the Garfield Weston Foundation, plus confirmed funding from the Hugh Fraser Foundation (£250k), the Wolfson Foundation (£200k), and the Reo Stakis Charitable Foundation (£100k).

Renfrewshire Council is providing more than half the total project funding, with seven-figure contributions already secured from National Lottery Heritage Fund, the Scottish Government (directly and through their Regeneration Capital Grant Fund), and Historic Environment Scotland.

The Paisley Museum Reimagined fundraising campaign is being led by the council, and is now switching focus towards donations from individuals and corporate organisations.

The reopened museum will be operated by OneRen, the local charitable trust providing culture, leisure and sporting opportunities to help the people of Renfrewshire enjoy active and healthy lives.

The museum recently celebrated its 150th anniversary, having been opened in 1871 thanks to the support of Sir Peter Coats of the J&P Coats thread-making empire, whose firm made Paisley the centre of the global textile industry at that time.

The work will restore the A-listed museum buildings – including the Coats Observatory, the oldest public observatory in Scotland – while adding a new wing, accessible entrance and outdoor, terraced garden. The physical space will also provide a community hub, where people can explore the museum and a range of other creative activities.

The project will double the number of items on display from the town’s collections, with a wide range of community groups heavily involved in a co-production approach to reinterpreting how those collections will be displayed.

The museum will showcase Paisley’s rich industrial heritage as a pioneer in weaving and textile design, as well as how the town’s impact across the globe. At its heart, will be the stories behind the objects, the people and places that made Paisley a vibrant hub of creativity and innovation – connecting the past with today’s communities.

James said: “We are delighted to announce the campaign has reached the milestone of £1m secured so far – and wish to thank every one of the generous donors who made this possible.

“The museum was founded by the industrialists who helped make the town’s name, so those who have donated to the current campaign are ensuring the rich architectural, social and cultural legacy of this special facility is reimagined for future generations.”

Cllr Lisa-Marie Hughes, chair of the OneRen board, added: “The museum is the flagship project of the council’s wider investment in Paisley town centre’s cultural venues, which also includes a transformation of its A-listed Town Hall, a new home for library services at the heart of its High St, and the UK’s first publicly-accessible High Street museum store, which opened in 2017.

“That investment is supported by Future Paisley – our ongoing programme of events and activity which aims to put culture at the heart of the economic and social regeneration of Paisley and the surrounding area.

“By supporting this project, our donors are not only making possible a visitor attraction which will drive much-needed footfall and economic activity for the area, but also helping create a community and educational facility where our young people can go to learn and be inspired.”

Dr Kenneth Chrystie, trustee of the Hugh Fraser Foundation, said: “As a keen supporter of arts and cultural charities throughout Scotland, we are delighted to support Paisley Museum Reimagined. This ambitious project will bring far-reaching economic and social benefits to the communities of Paisley and Renfrewshire.

“Our contribution will include the naming rights for the museum’s Balcony Gallery and will help the museum showcase Renfrewshire’s superb fine art collections, including work by the world-renowned Glasgow Boys and by Paisley’s very own John Byrne.”

Paul Ramsbottom, chief executive of the Wolfson Foundation, said: “We were pleased to support Paisley Museum’s ambitious redevelopment in 2020.

“We hope Wolfson grants act as a catalyst for further investment and offer our congratulations to the museum on reaching this fundraising milestone in support of a project that will help to connect more people with the town’s fascinating and important heritage.”

Andros Stakis, of the Reo Stakis Charitable Foundation, added: “RSCF is delighted to support the new Paisley Museum and hope it will be the beginning of Paisley’s revival as an innovative business and cultural centre for the region.”