Plans submitted for 581 homes in Kincardine

Plans to build 581 new homes in Kincardine, along with a public park, have been submitted to Fife Council.

A new access would be created from Toll Road while open space and landscaping would also be provided.

A separate application has also been lodged for the formation of a public park with associated equipment, engineering works and infrastructure, the Alloa Advertiser reports.

The current proposals for the site, submitted by Kex Holdings Ltd, were approved in 2017 with the condition that a further application for the approval of matters was submitted. 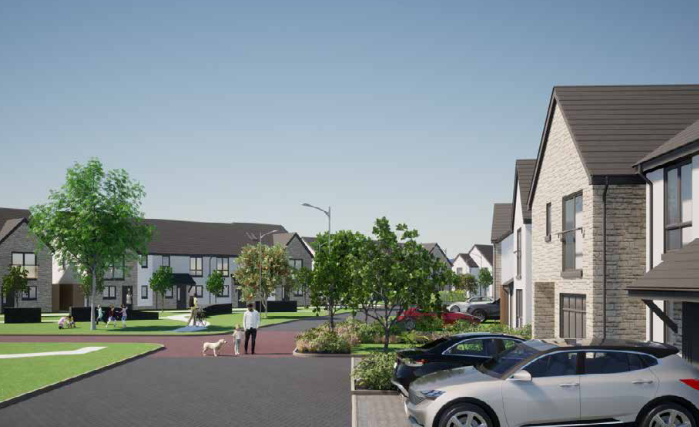 Planning permission in principle for the land was first granted to another firm, George Wimpey East Scotland, back in 2007 and, back then, the plans included houses and a business park.

The time limit has now been extended three times since then and a previous council report said consideration had to be given “as to whether the site will ever be developed”.

The plans have changed over the years, the business park has been dropped and the applicant has also changed, with Kex Holdings now owning the land.

Due to the “abnormal costs” of developing the site, part of the agreement struck with the council in 2017 was that affordable housing could be provided on another site – now known to be the land north of Toll Road – in the Kincardine area.

A planning statement for the latest submission revealed that the principle of the main development had been approved by Fife Council on “multiple occasions” in the past.

It read: “The application site is also allocated for development in the adopted FIFEplan on this basis there can be no objection to the principle of the development.

“The approval of the application will enable the delivery of a significant component of the FIFEplan Action Programme which identifies what is required in order to implement FIFEplan and deliver its proposals, the expected timescales and who is responsible.

“It will also provide for a substantial number of local jobs and bring new residents to the village to help support local shops and services.”