A series of proposed alterations to Radisson Blu hotel in Glasgow will cause “irrevocably damages”, according to the original architect. 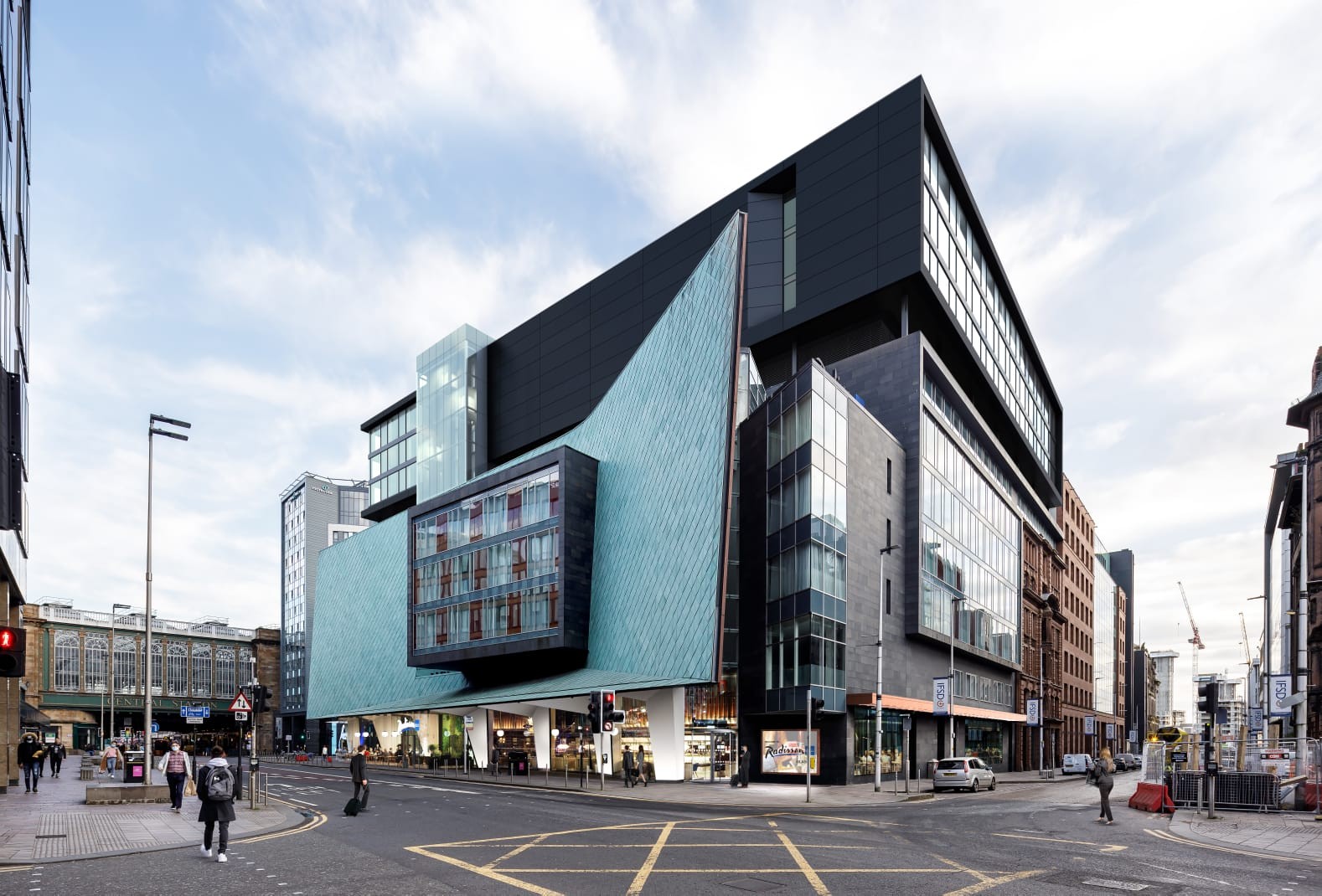 Under new plans lodged to Glasgow City Council, Maith Design wants to add three floors with 141 rooms to the 247-room Argyle Street building. The plan also proposes a refurbishment of all rooms and an increase in the number of lifts, as well as the extending of the existing hotel bar and restaurant area into an existing adjacent ground-floor function room.

A separate application has been made regarding other changes including alterations to the front of the hotel at ground floor level and the existing pub becoming a retail unit.

A design statement included with the application explains that, following “an appraisal of the current business model and operations”, building owners Pandox “identified the opportunity for expansion”.

In particular, the expansion would “support the successful conference facility” that the Radisson Blu offers.

The statement argues that a scheme design has been arrived at “which aligns commercial, planning, design and other relevant considerations to deliver a high-quality upper-storey extension that will make a very positive contribution to the site, the surrounding streetscape and the wider city.”

The original Radisson Blu won multiple national and international awards for architecture and hotel design and voted among the top-10 buildings to be built in Scotland since 1945.

He said it “irrevocably damages a highly considered building” describing the rooftop extension as a “big black box” which is “crass, elementary and lacks design intelligence”.

He said: “Commercially I can see why the owners might want it, stacking three floors on top of the existing plan. Civically, architecturally, public realm-wise it would be a tragedy – a real loss to the city.”

Since opening its doors in November 2002, the Radisson Blu hotel was named Glasgow Hotel of the Year at the 2004 Scottish Hotel Awards set up to reward outstanding character in hotels, guest houses and other establishments.

In 2005, it was placed tenth in the top-100 modern Scots buildings by architecture magazine Prospect, topped by St Peter’s Seminary in Cardross, Argyll.

Professor Dunlop added: “The scale of the [original] building and the street pavement entrance and canopy were very, very carefully considered. Both the proposed muckle four-storey black box on top and the alterations to the front will destroy all that.

“Although in 1999/2000, the west end of Argyle Street was run-down and the site had been derelict for some time, it sat within Glasgow’s conservation area. As one of the city’s oldest thoroughfares, Argyle Street also still retained a character and a median height of 20 metres throughout its length.

“Accordingly, the copper screen was set at 20 metres to respect and continue this median height, particularly so close to the Heilanman’s Umbrella and the scale of the thoroughfare but would allow me to build an additional one or two-storey building behind. This is what happened.

“The proposed rooftop addition is so over-scale it dwarfs the screen. I can only assume it is a stalking horse for, in my view, no architect could seriously propose such an addition to this building.

“It is clumsy and detracts from the carefully considered copper screen front and the contextual Argyle Street ‘Glasgow’ elevation.”