Pupils dig in for new school at Madras sod-cutting

Madras College pupils present and future had their spades at the ready to mark a key milestone on the way to having a new school building. 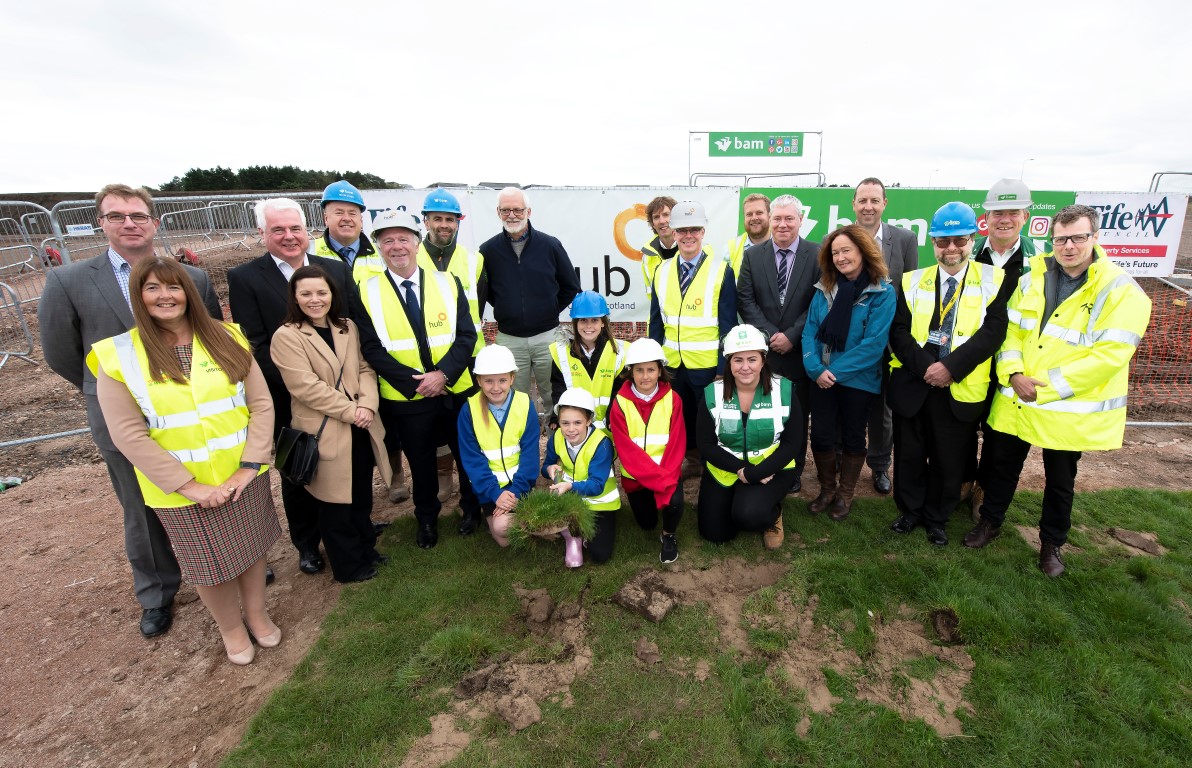 They were part of the official turf cutting ceremony at the site of the new school at Langlands, in St Andrews.

The pupils were joined by a host of well-wishers from the town and beyond which included local elected members, MSPs and MP along with representatives from Fife Council and hub East Central Scotland, which is managing the project, as well as BAM Construction, the main contractor.

Cllr Fay Sinclair, convener of the education and children’s services committee, thanked all those who have played a key part in getting the project under way.

She said: “Over more than a decade we’ve seen determination to overcome the hurdles this project has thrown up so far. We’ve seen a deal struck to secure this site and now we move forward to the delivery of state-of-the-art, new, educational facilities for our young people.”

The school is due to be completed by 2021 and is part of the £250 million Building Fife’s Future Programme, which has seen five secondary schools and two primary schools built in Fife over the last 10 years.

A new Madras College will complete this part of the programme.

Gary Bushnell, chief executive at hub East Central Scotland, said: “We have worked closely with Fife Council throughout the development of this project and it’s great to reach this important milestone which sees work now starting on site.

“We look forward to delivering a high-quality new school that is designed and built to meet the needs of the community it serves.”