Balfour Beatty has moved on site to begin construction work on a new £12.8 million primary school in south Elgin for Moray Council.

Linkwood Primary School was originally expected to open in summer last year as part of a Springfield Properties housing development. 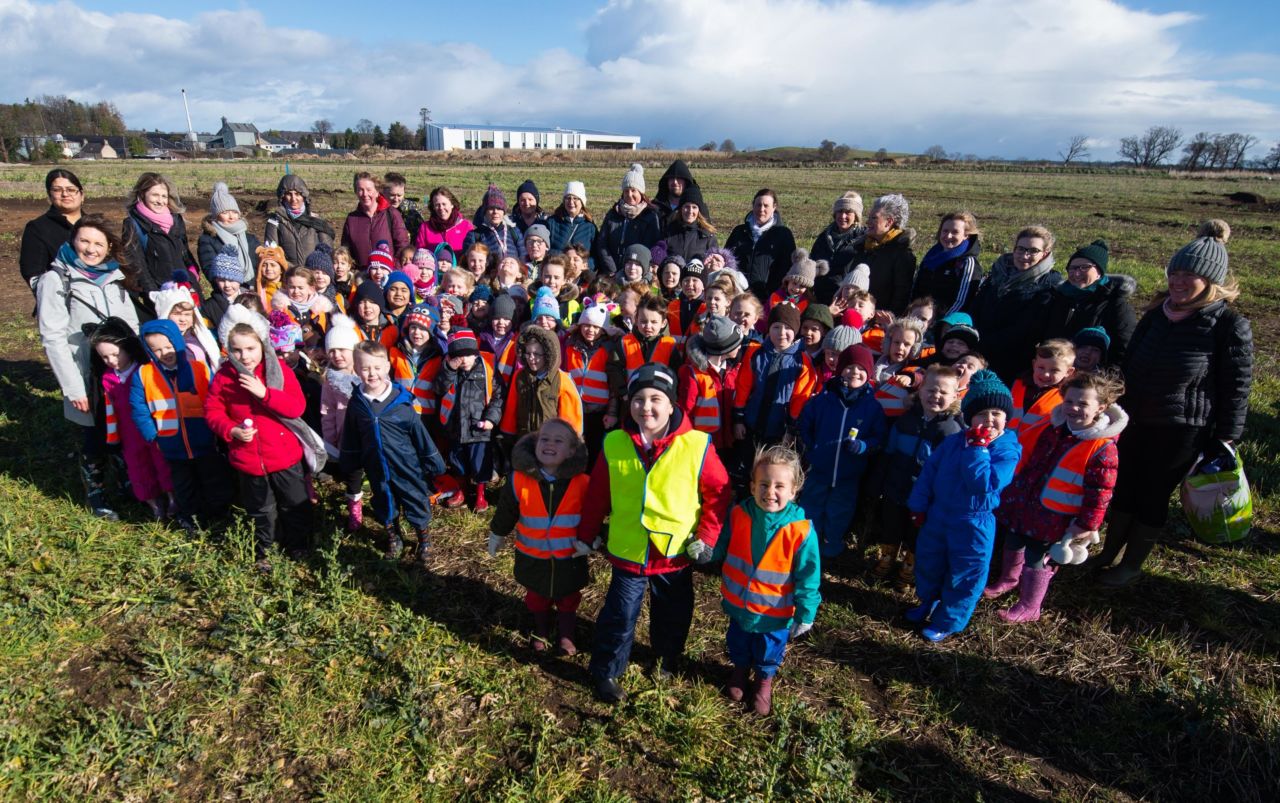 However, issues understood to surround the ownership of the site in the south of Elgin have resulted in the project being pushed back.

To mark the occasion, all 75 pupils from the existing Linkwood primary visited the site for a ceremonial turf cutting event, where they were joined by teachers, councillors and parents.

The hub North Scotland project will accommodate up to 462 pupils.

Councillor Warren added: “This major investment in the new Linkwood Primary School is absolutely vital, with schools like neighbouring New Elgin having been bursting at the seams. Elgin’s population continues to grow at a significant pace and the new school will provide essential capacity to support that expansion.

“Over the coming years hundreds of new houses are planned, particularly on the south side of Elgin, which will provide a steady stream of pupils for the new school.”

The new school will also include ASN provision for up to 12 pupils, once it’s completed in June 2020. Space will also be provided for 40 children in the nursery.

Pupils will be able to enjoy an external roof terrace, and outside play areas will include a secure area for ASN pupils and multi-use games area (MUGA), as well as an allotment and outdoor classroom.

A wetland habitat area featuring aquatic and wetland meadow planting will include the sustainable drainage system, and solar panels will be installed on the roof of the building.

Chief executive of hub North Scotland, Michael Padzinski, said: “Now that construction is under way, we are looking forward to working with Moray Council and Balfour Beatty to deliver a fantastic school for the residents of south Elgin.”

Balfour Beatty’s regional managing director for Scotland, Hector Macaulay, said: “With over 500 new houses in development in the local area, we look forward to providing the local children with a school that supports the expanding number of new pupils.

“Having completed Elgin High School in 2017, we are delighted to continue contributing to the local community through this project, which will benefit generations to come.”