The improved reliability of travel in the key strategic link between the Lothians and Fife has been outlined in the latest Queensferry Crossing data from Transport Scotland.

Since the £1.35 billion cable-stayed bridge opened there have been 20 occasions when the Forth Road Bridge (FRB) would have had to close to high sided vehicles due to high winds. 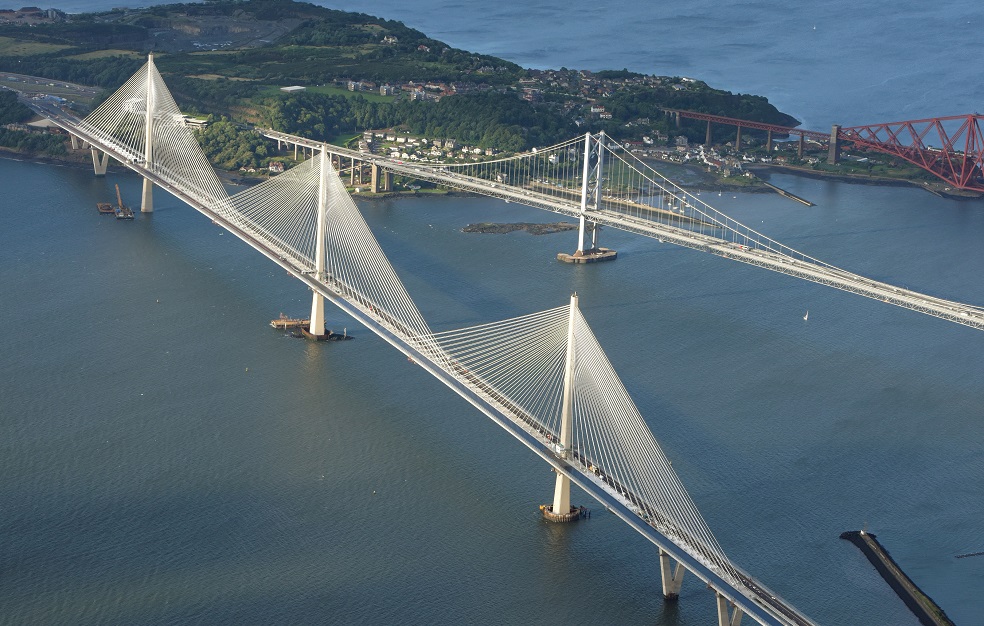 Following figures released earlier this year, this latest round shows a continued marked improved in the reliability of the Queensferry Crossing when compared to the FRB.

Key information is as follows:

Cabinet secretary for transport, infrastructure and connectivity, Michael Matheson, said: “Even though its only around 16 months since the Queensferry Crossing opened its easy to forget the frequent and often severe disruption that we witnessed in the past on the Forth Road Bridge.

“The wind shielding on the Queensferry Crossing is doing exactly what it was intended to do. There have now been 20 occasions since the new bridge opened when the FRB would have had to close to high sided vehicles. This improved reliability is delivering benefits for the economy, businesses and commuters.

“This latest set of figures is continued evidence of the improved reliability of the new bridge for those using this vitally important strategic road link across the Forth.

“Around this time last year the initial speed limits on the bridge were lifted and followed by motorway regulations coming into force in the early part of this year. Since then traffic flows have continued to settle down. Now we are seeing consistent journey times in both directions over the Forth, it takes 7 to 8 minutes in normal traffic conditions and around 15 minutes in both directions at peak times. These journey times are now at the level we would expect for a road of this type and speed limit in the prevailing traffic conditions.

“The Queensferry Crossing continues to meet its objective of providing a reliable replacement crossing over the Forth and is delivering clear economic benefits for both industry and commuters, a fact recognised by the road haulage industry.”

Martin Reid, policy director of the Road Haulage Association, said: “The RHA would echo the Cabinet Secretary’s sentiments. The Queensferry Crossing has stayed open in cases where high winds would have shut the Forth Road Bridge and that has been absolutely vital in maintaining the fluid movement of goods. Our industry makes a massive contribution to Scotland’s GDP and the importance of its supply chain cannot be overstated but without fluid movement around the road network then our task is made all the more difficult.

“The Queensferry Crossing is a vital connection for deliveries to ports, retail parks, supermarkets, distribution centres and distilleries across the whole of the east side of Scotland as well as being a vital arterial route for our exports moving south. Delays due to bridge closure with even the best diversionary routes will lead to a drop in service levels, penalties for late deliveries  and in some cases the withdrawal of delivery slots, all of which bring unwelcome added cost to the haulier. We saw during ‘The Beast from the East’ how delays in deliveries can affect our shelves in a very short time and so keeping the Queensferry Crossing open helps us keep the shelves stocked, medical supplies delivered and the world turning.”