The completion of snagging works on the Queensferry Crossing has been pushed back until December. 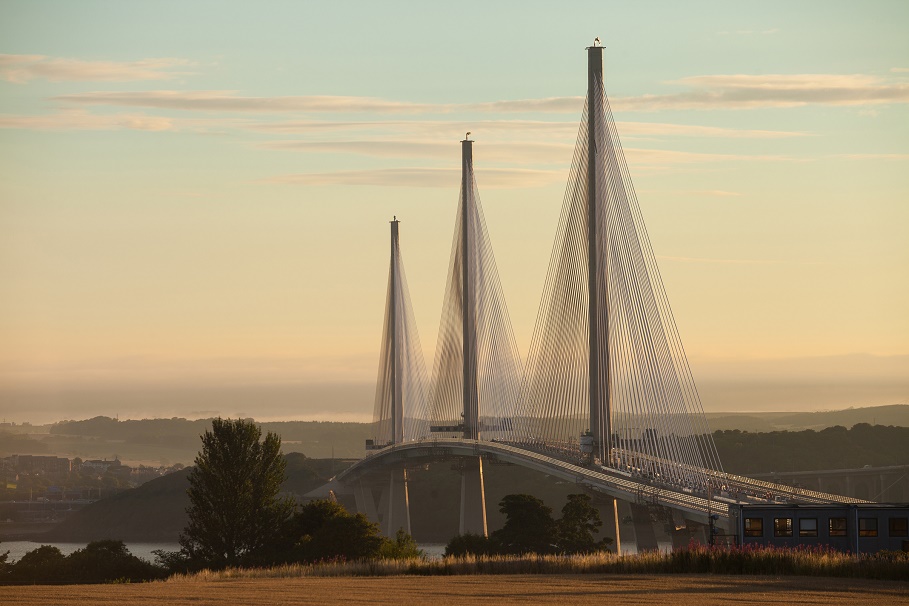 Remaining tasks on the £1.35 billion bridge – which was officially opened more than two years ago – had been scheduled to end this month while “clear up work” would take until the end of the year.

But now transport secretary Michael Matheson has set out an updated timetable for finishing the outstanding tasks.

In a letter to the Scottish Parliament’s rural economy and connectivity committee last week, a number of items have been rescheduled for completion by December.

Transport Scotland said that all work requiring traffic management will be carried out overnight.

A spokesman said: “Nearly 80,000 vehicles use the Queensferry Crossing each weekday. Since opening, there have been over 30 occasions when the new bridge has remained open where the FRB would have been closed or restricted to HGVs during severe weather.

“The new crossing is delivering clear economic benefits for both industry and commuters, a fact recognised by the road haulage industry.

“Our contractor, FCBC, is progressing snagging and finishing works, which are still scheduled for completion this year and all work requiring traffic management will be carried out overnight, minimising disruption for road users.

“Throughout the lifetime of this structure we have provided regular updates to Parliament.

“A list of outstanding work was most recently provided to the REC Committee on October 11 as part of a wider update on various transport projects.

“This follows various appearances by the cabinet secretary and transport officials during September to discuss a number of portfolio-wide issues.”

Queensferry Crossing ‘to open early and below budget’