The Fruitmarket Gallery in Edinburgh has appointed Reiach and Hall Architects to lead the refurbishment of its existing gallery building and the opening-up of the neighbouring warehouse building.

The project aims to breathe new life into the Gallery and bring the adjacent building into active cultural use.

Under the plans, a brand new space will be created which will offer new opportunities for artist-led installations, performance and cross artform collaboration including live music, dance and theatre. The proposed redevelopment project will also allow for new facilities for learning and participation and will renovate and revitalise the existing gallery spaces.

The project will be completed in 2020.

Edinburgh-based Reiach and Hall, which last night scooped the prestigious RIAS Andrew Dolan Best Building in Scotland Award, won the project against strong competition including 6A, Carmody Groarke and Page\Park.

Neil Gillespie, creative director of Reiach and Hall, said: “The exploration and presentation of contemporary art and art practice at an international level in Scotland is effectively carried by a handful of arts organisations. The Fruitmarket Gallery is a prominent member of this important group.

“We are delighted to have been selected, against extremely strong and respected architectural practices, to assist The Fruitmarket Gallery in their ambition to extend the scope and breadth of the gallery’s capability, influence and reach.”

The Fruitmarket Gallery first identified a need for change around 10 years ago and proposals have been ongoing since then. In 2011 the Gallery was awarded £100,000 Stage One Capital Funding from Creative Scotland to develop plans for improving the building. A further £1,400,000 was ring-fenced subject to the submission of a Stage Two Application and fully developed design and business plans.

The Fruitmarket Gallery was given the chance to take over the lease which provided the opportunity to bring the building into cultural use, and Hoskins Architects designed a large scale, ambitious refurbishment and extension. Unfortunately, the Gallery was unable to secure the support from the Heritage Lottery Fund on which the fundraising for this proposal depended, the project was abandoned and Hoskins Architects stepped down.

The smaller revised project, which has received backing from Creative Scotland and other public and private funders, is now expected to cost around £3.7m.

The Fruitmarket Gallery engaged RIAS Consultancy to manage the process of procuring an architect led multi-disciplinary design team through Public Contracts Scotland, to take the project forward. A total of 18 practices submitted a European Single Procurement Document (ESPD) with relevant examples of their work.

The panel were unanimous in their decision that Reiach and Hall best met with the strategic brief of the project and demonstrated the most thorough understanding of the Gallery’s vision for the future. 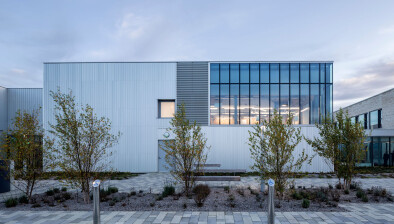 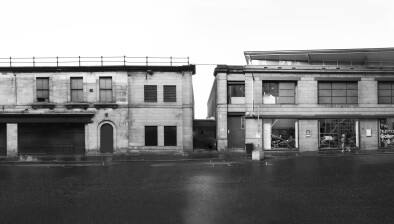 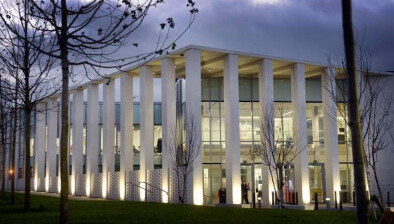 Architects’ Showcase: Forth Valley College by Reiach and Hall Architects