An internet of things (IoT) initiative underway in Renfrewshire is helping to tackle fuel poverty in social housing and could save local authorities millions of pounds on property management and repair bills.

Working with Renfrewshire Council, smart asset management company iOpt Assets has been detecting temperature, humidity, and carbon dioxide levels at 50 social homes around Paisley over the course of the of the project. The pilot scheme, which has been running since July 2016, is monitoring a range of property types, including high rises, cottages, and terraced housing.

Capturing this data in near real time is allowing the local authority to identify anomalies in housing and take preventative action to protect tenants and its property assets. Consistently high humidity and low temperatures, for example, could indicate a tenant is living in fuel poverty; while high carbon dioxide levels suggest there might be a problem with ventilation and air quality.

The data from the sensors installed in the homes is currently transferred over Wi-Fi, but will move onto Renfrewshire’s Low Power Wide Area Network (LPWAN), using LoRaWAN technology – also known as a LoRa network. The IoT network was deployed last year by a consortium of organisations, including CENSIS, the Scottish Innovation Centre for Sensor and Imaging Systems; Stream Technologies; and Boston Networks.

So far, the project has helped the local authority to spot a number of potential issues at its properties, including homes that have impending damp, tenants who needed help with their heating system, and several occupants living in fuel poverty. All of the residents at the properties being monitored have opted into the project.

David Amos, head of policy and commissioning at Renfrewshire Council, said: “The health of our tenants is of paramount concern. iOpt Assets’ easy to install technology gives us the ability to spot problems they have with energy or any issues with their housing that might affect their health. It will also help us take preventative action, where necessary, to protect, manage, or even improve our homes – from damp and moisture detection, to issues with air quality.

“The council is working with partners to create an environment in Renfrewshire that supports the testing and deployment of innovative Internet of Things technology and we were delighted to have facilitated this successful test with iOpt Assets.”

By the end of the year, iOpt Assets hopes to have rolled out the sensing technology to 2,000 homes in Scotland, spread across a variety of local authorities and housing associations. The Renfrewshire project has delivered an estimated 600% return on investment to the council, by preventing costs that would have arisen from damage to properties over the next two years.

iOpt Assets is also going through a funding round to secure investment for the development of low-cost, battery-powered sensors with a five-year life, supported by a robust IT and data management system that can handle all the data from hundreds of thousands of homes. The company will work with CENSIS, as one of the winners of the CENSIS through its IoT Explorer accelerator programme, aiming to install the technology in up to 400,000 rented homes over the next six years.

Dane Ralston, director at iOpt Assets, said: “The results of the project have proven the business case for this service – it’s delivering significant returns by allowing the council to predict issues and be proactive with maintenance, which is invariably more cost effective than having to deal with them after the fact. It also reduces the need for regular property visits and administration, while also leading to reduced premiums in large property portfolios.

“The potential market is huge – figures from the Chartered Institute of Housing suggest there are 3.9 million local authority and housing association homes let at a social rent in England alone. When you look internationally, the possibilities become even vaster – all sorts of organisations, such as Stena Line’s 24,000-strong portfolio in Sweden, own a broad range of residential property assets that could benefit from smart monitoring.”

Stephen Milne, business development manager at CENSIS, added: “This is an excellent example of the IoT in action, delivering significant benefits to society and business. Damp in homes has been linked to the development of conditions like asthma. At the same time, iOpt’s technology could help Renfrewshire save on asset management – it shows how technology can be used to help everyone.

“With six LoRa networks in operation, stretching from Orkney to Paisley, there are a broad range of trials going on across the country that could have a serious impact on how we use technology in the future; from flood prevention to monitoring emissions in cities. Scotland is becoming a real hub of IoT activity and we have all the potential ingredients required to be a world leader in this field.” 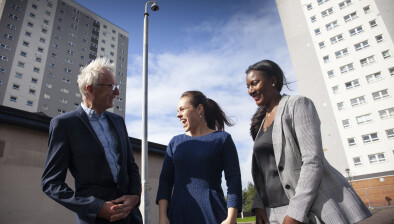 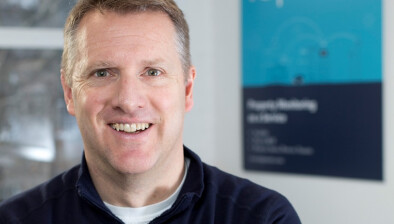 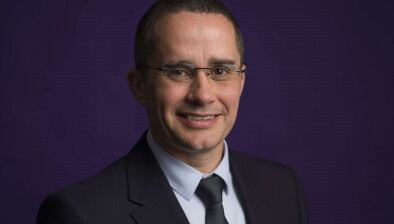