A major new office development has been handed over to Clyde Gateway ahead of the first SMEs moving into the building later this year. 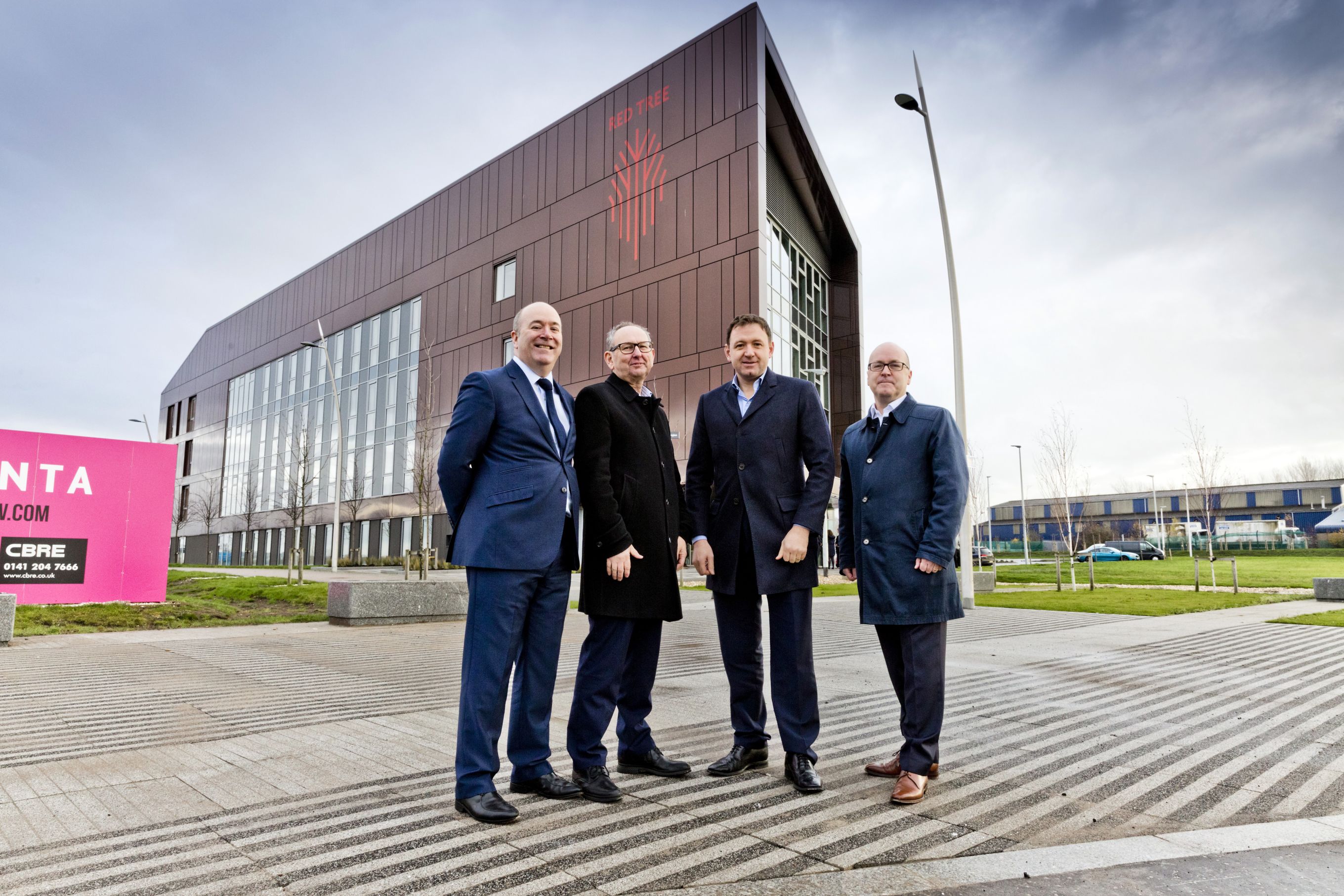 The state-of-the-art building – located in Magenta Office Park – has more than 40,000 sq. ft. of Grade A office space and has been designed to support SMEs in sectors including media, communications, IT, training and engineering.

It is the third Red Tree incubator in the Clyde Gateway area, with two already in place at Rutherglen and Bridgeton, and the first to be a complete new-build. The completion of the project comes as Clyde Gateway celebrates its tenth birthday, with the regeneration programme making significant progress in transforming areas in the east end of Glasgow and Rutherglen.

Ed Parry, managing director, Robertson Central West, said: “This is a crucial element of the wider regeneration of the Shawfield area and will make a significant difference to local people and businesses.

“The building itself is of the highest quality and a shining example of a modern working environment that prioritises the wellbeing of its tenants. It has been a pleasure to work with Clyde Gateway on such an important project and we look forward to collaborating again in the future.” 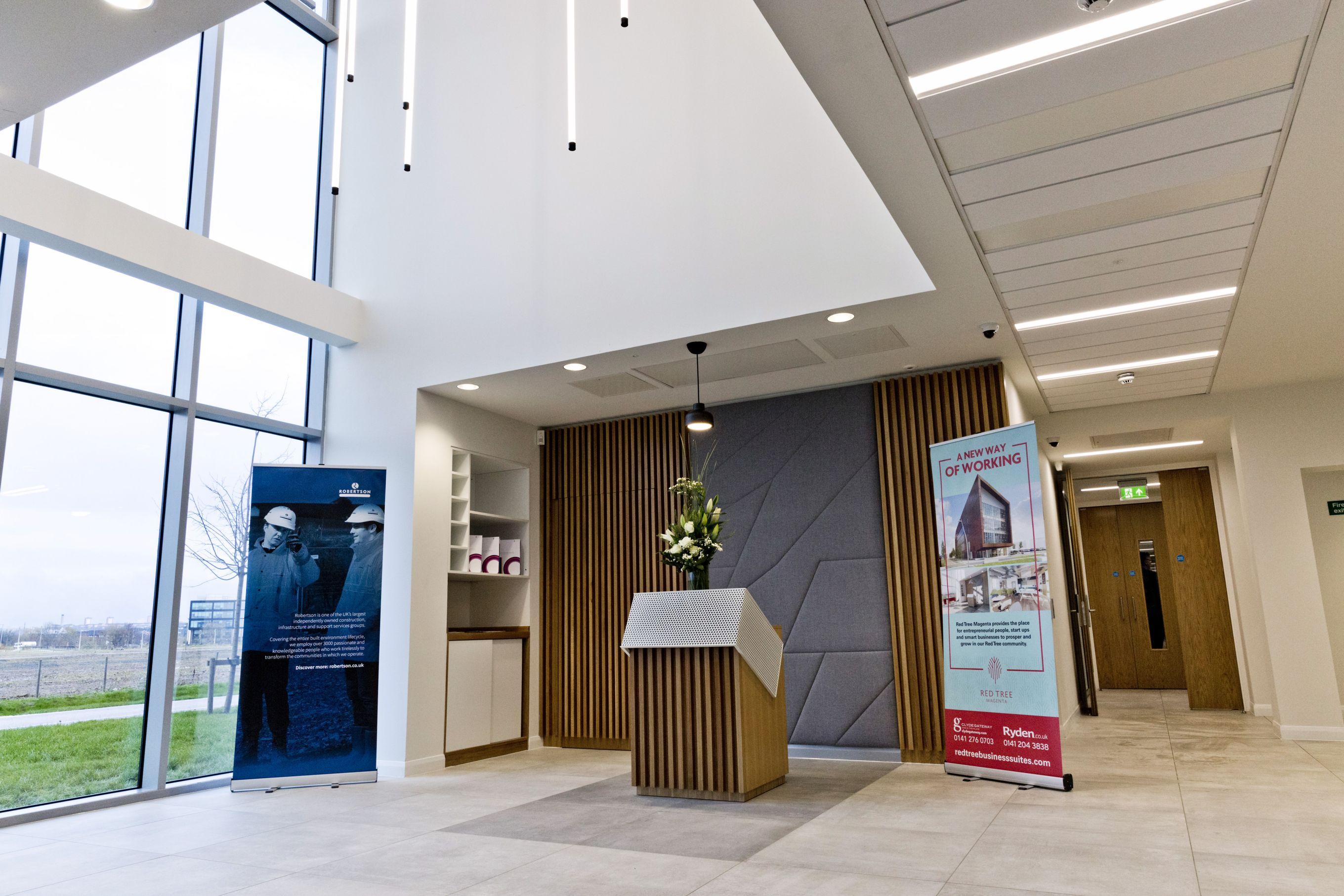 The Red Tree premises are the first building at Magenta, a new business district which offers around 1.2million sq. ft. of office space set over 27 acres.

The three-storey building aims to support a new way of working, offering tenants a flexible workspace with the ability to collaborate with like-minded businesses. In addition to the high-quality modern office space, there is external garden terraces to help promote mental wellbeing.

As part of the project, Robertson supported a number of young people with an interest in the construction industry, teaching them valuable skills throughout the build programme. In addition to apprenticeships, there was also a series of training programmes. 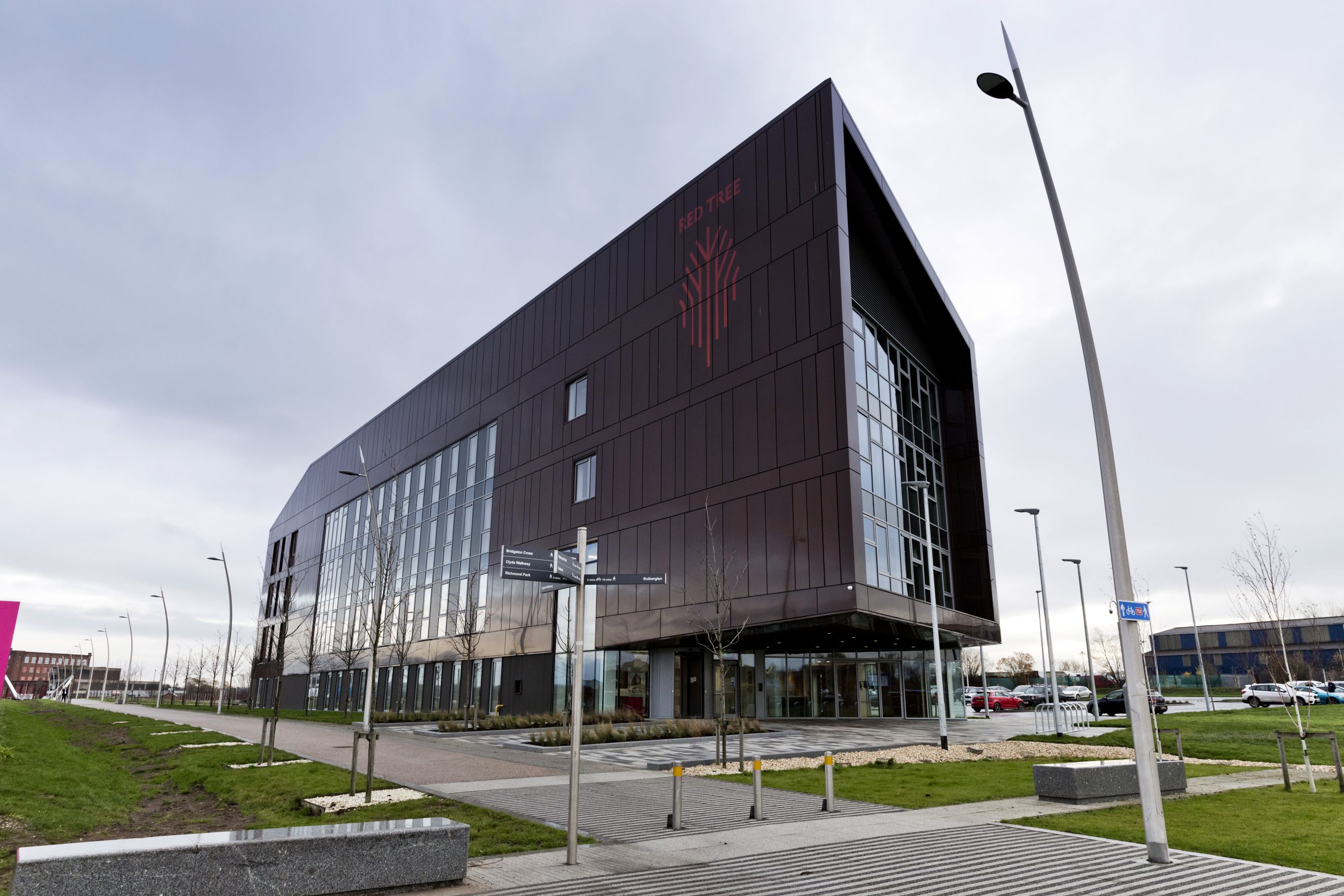 Victoria Brambini, managing director at Scape Procure, said: “The Red Tree Magenta building represents another significant milestone in the Clyde Gateway regeneration. The project will provide an outstanding state-of-the-art facility for SMEs, who enrich local economies and are vital to delivering sector growth and innovation.

“In addition, it has created a number of local apprenticeships, providing opportunities for local people to learn valuable skills.”

Scape Procure supports the regeneration of Clyde Gateway through utilising its previous office development in Rutherglen, allowing the Scottish Contracting Authority as an SME itself to grow in the local market.

BRE Scotland signed a pre-let for the second floor at the new Red Tree Magenta building last week. It will join property management company Speirs Gumley, which is set to relocate its 70-strong team from Glasgow city centre.

Robertson has previously delivered a number of projects for Clyde Gateway, including the Albus Building – a key part of the Commonwealth Games legacy.